AntetokounBros Academy held its closing ceremony at the Eurohoops Dome with a surprise appearance by Giannis Antetokounmpo.

The first season of the AntetokounBros Academy was concluded just like it started; with enthusiasm, many smiles and dreams for the future.

The vision of the Antetokounmpo brothers for a basketball academy that will stretch past the court lines and will offer opportunities to the youth became reality, with the valuable contribution of Nike, Onassis Foundation, and the Eurohoops Organization!

100 kids and 12 Junior Coaches that participated in the inaugural season of the Antetokounbros Academy arrived at the Eurohoops Dome for the closing ceremony and received their medals and diplomas with joy and pride. AntetokounBros Academy head coach Anastasia Kostaki, Alex and Francis Antetokounmpo handed out the awards, then scholarships to the athletes. 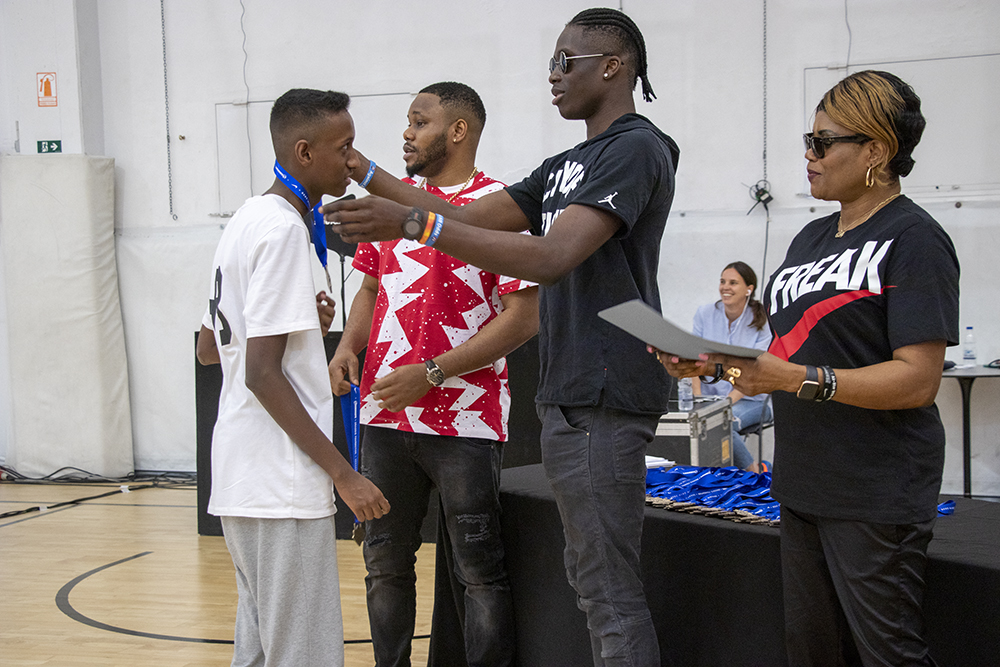 The big surprise of the day followed shortly after! Giannis Antetokounmpo connected live to Eurohoops Dome via videocall and talked to the athletes, congratulating them for their efforts throughout the year. The kids also had the chance to ask questions to the Greek Freak and learn more about their role model.

Giannis Antetokounmpo had one more surprise in store, as he announced that all participants will receive the new Nike Zoom Freak 2 that has been launched Thursday.

AntetokounBros Academy ends its first season spectacularly, leaving behind athletes who love basketball, have evolved and are now one step closer to their dreams. The journey continues…