Milos Teodosic and Virtus Bologna were in the spotlight in the 7DAYS EuroCup’s GM mid-season survey. Teodosic got 41.7% of the votes for the season MVP honor, while he also topped the voting for best passer with a striking 79.2%, while Virtus Bologna has been named in the season finalist pair, along with Unicaja Malaga.

Euroleague Basketball’s annual mid-season survey, which polls the general managers of 7DAYS EuroCup teams, is here! At the end of the regular season, the competition’s GMs were asked a series of fan-centric questions about the competition’s players and teams. Among the topics addressed were their EuroCup Finals favorites, the most surprising team, the best head coach and the top players in different categories. Check out their answers! 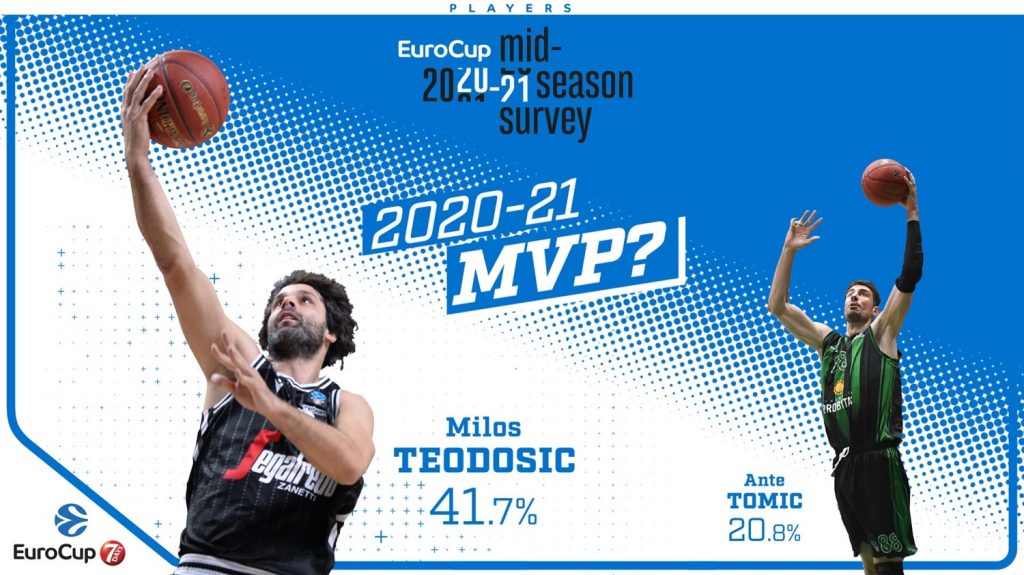 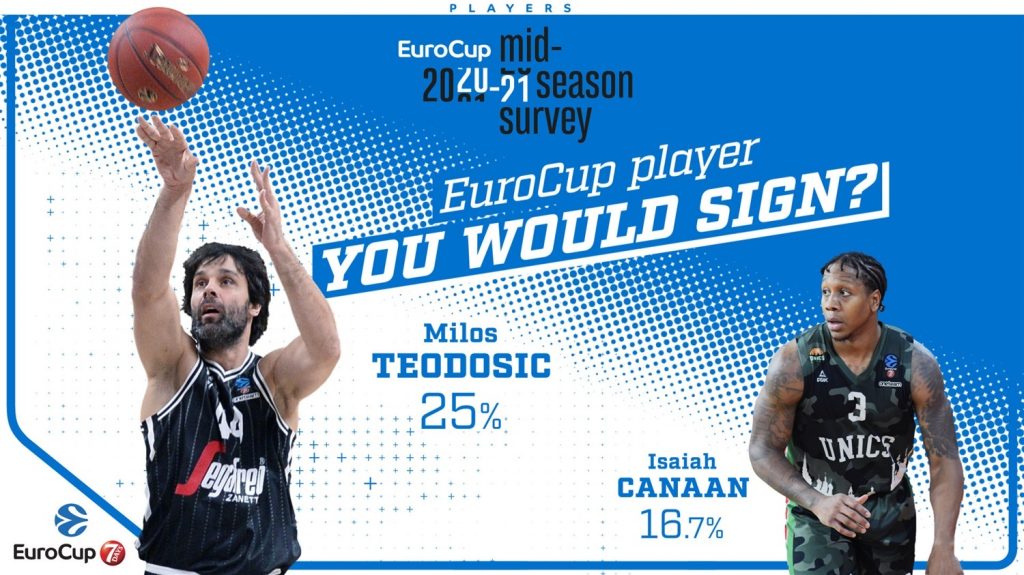 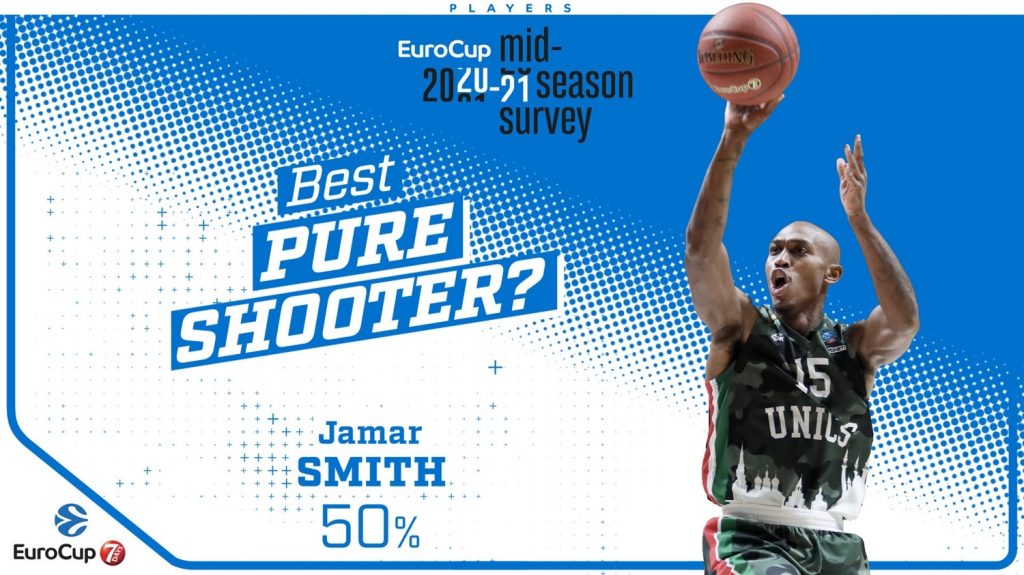 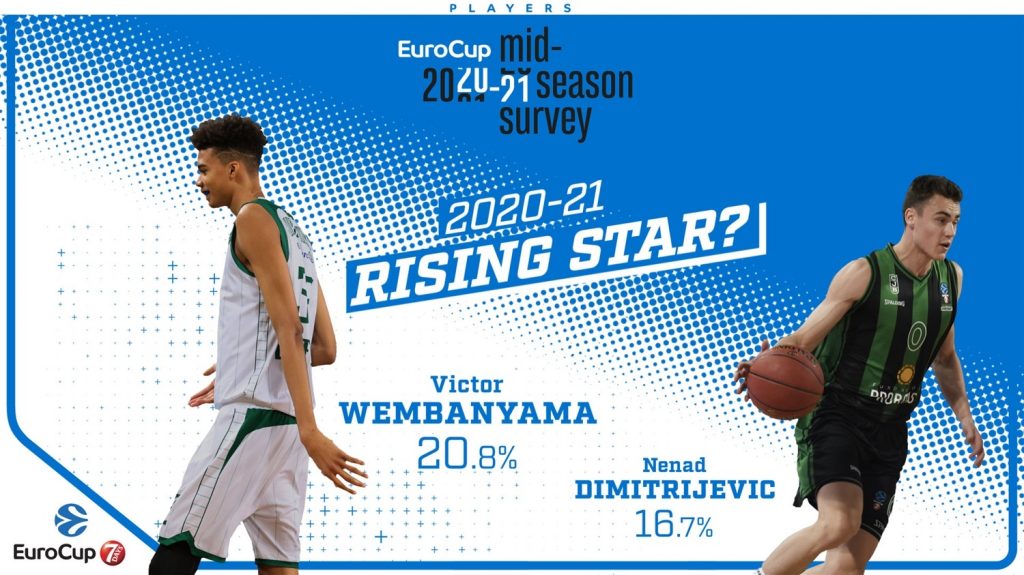 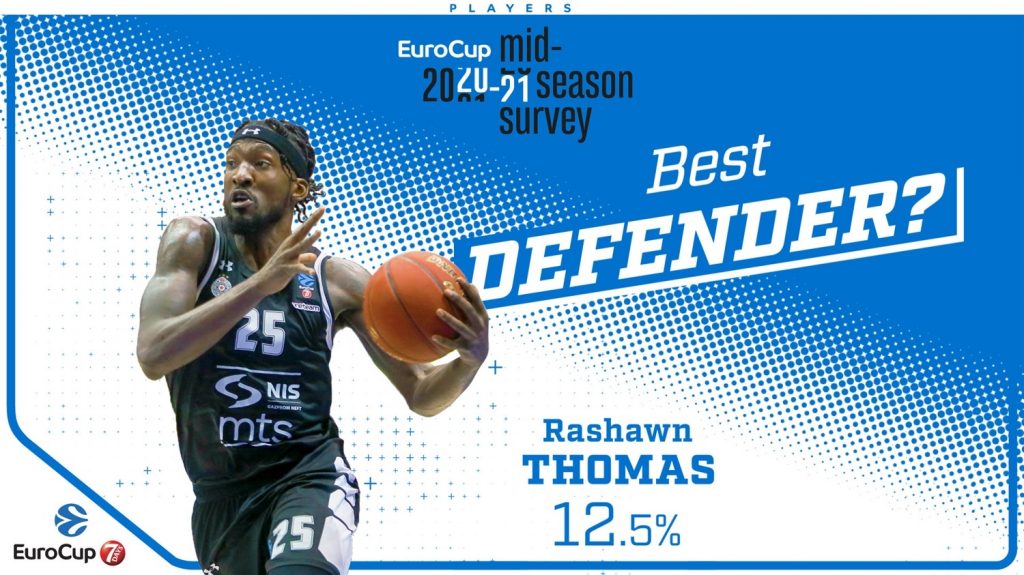 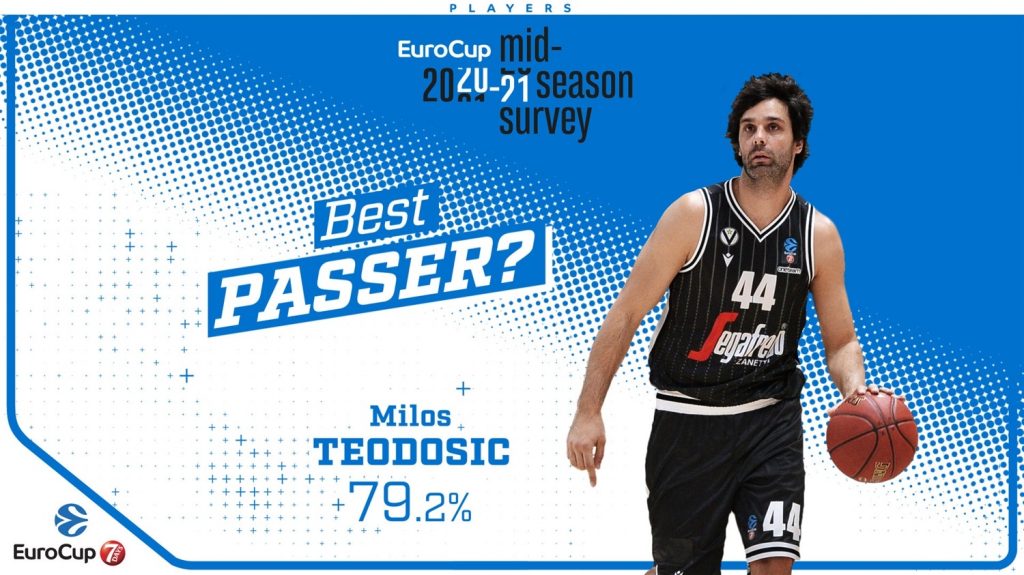 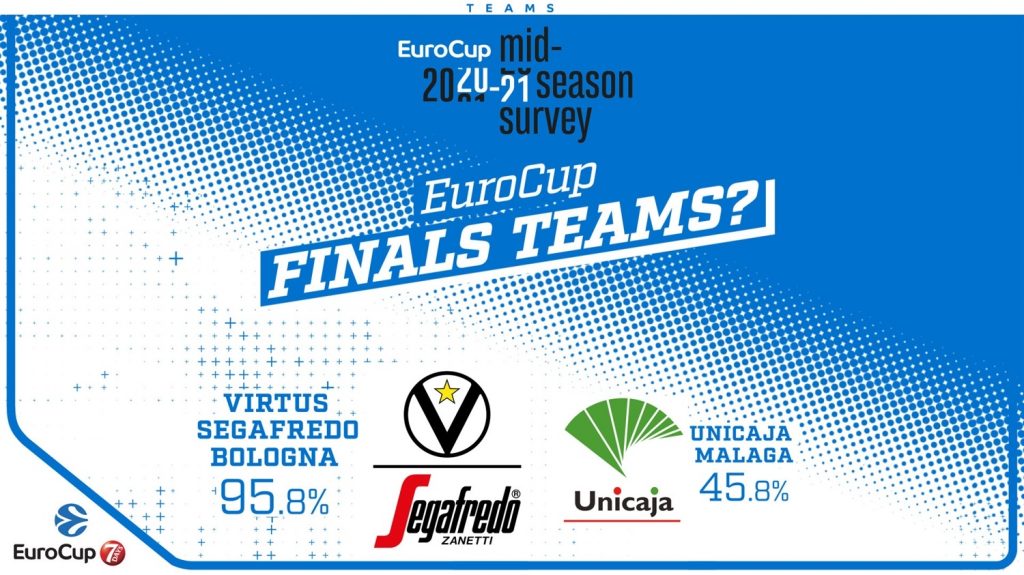 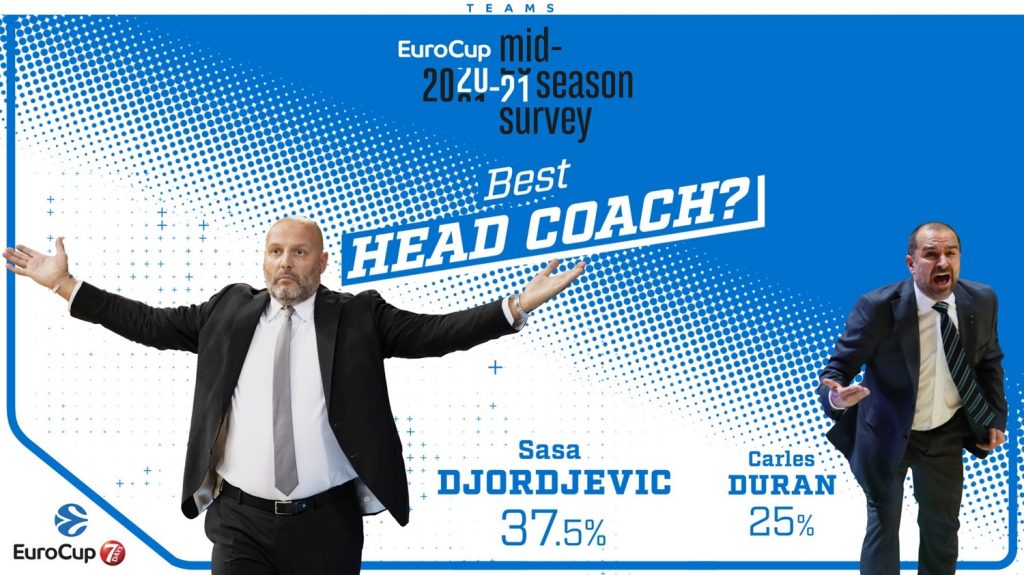 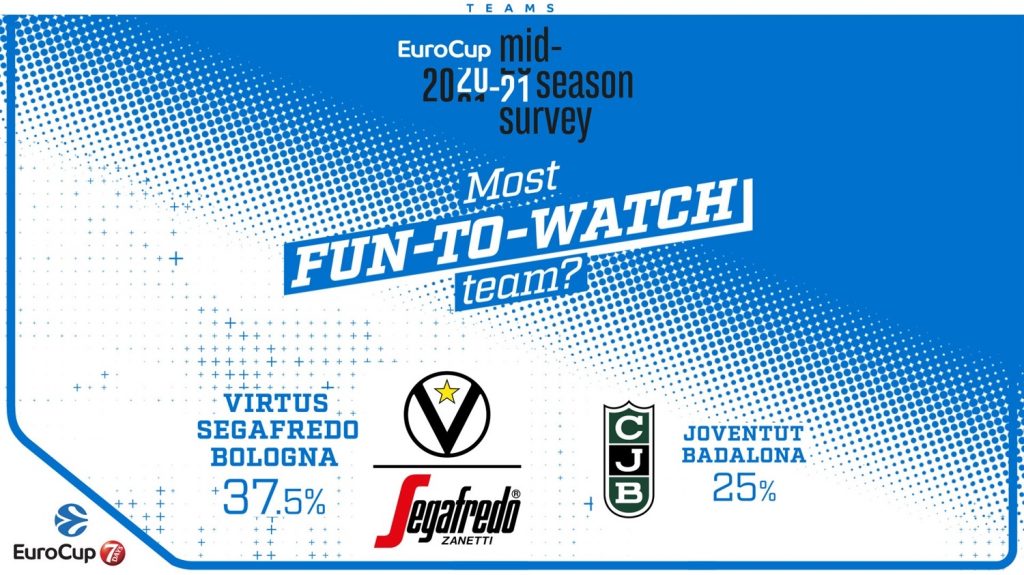 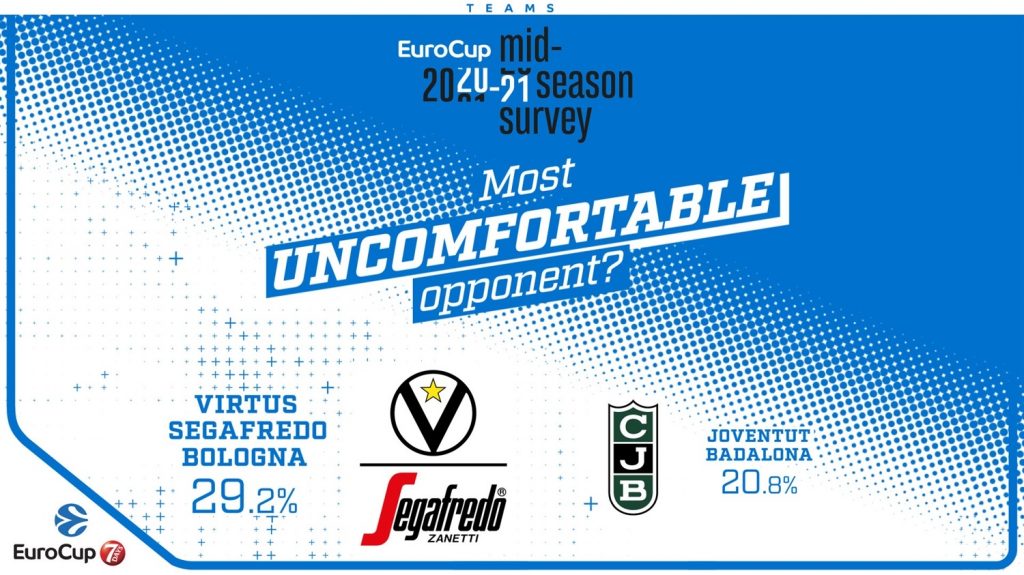 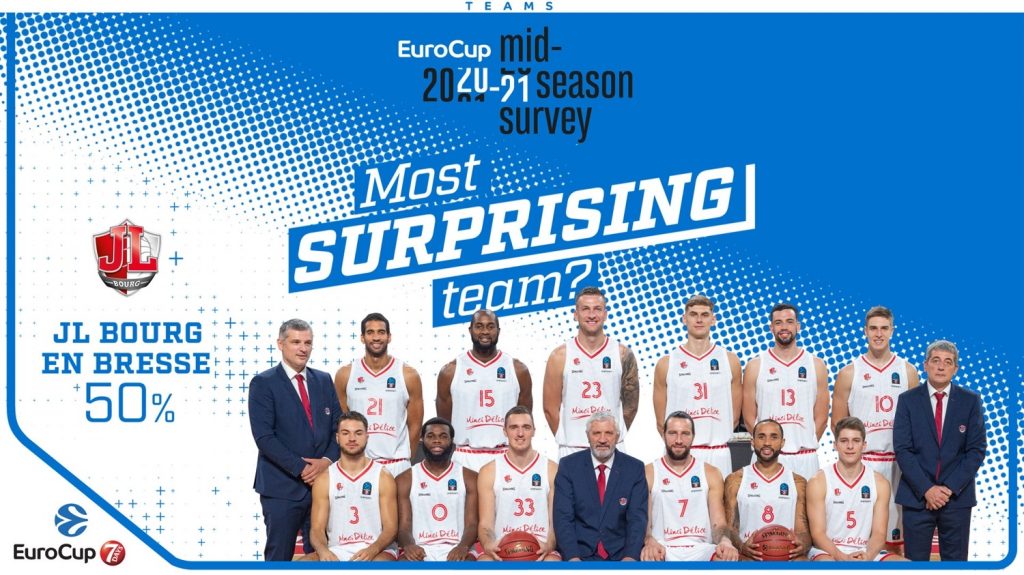