Will we see Ekpe Udoh back in EuroLeague?

Former EuroLeague champion and Final Four MVP Ekpe Udoh seems to be considering a return to the top-tier continental competition.

Udoh, who won the EuroLeague in 2017 with Turkish side Fenerbahce Beko, posted a collage of pictures from his EuroLeague stint with the caption: “It’s time to run it back! Whether it’s with this team or another Euro team.” Over a two-year run with Fener, Udoh was also named to the All-EuroLeague First Team in 2017 plus the Second Team of 2016. 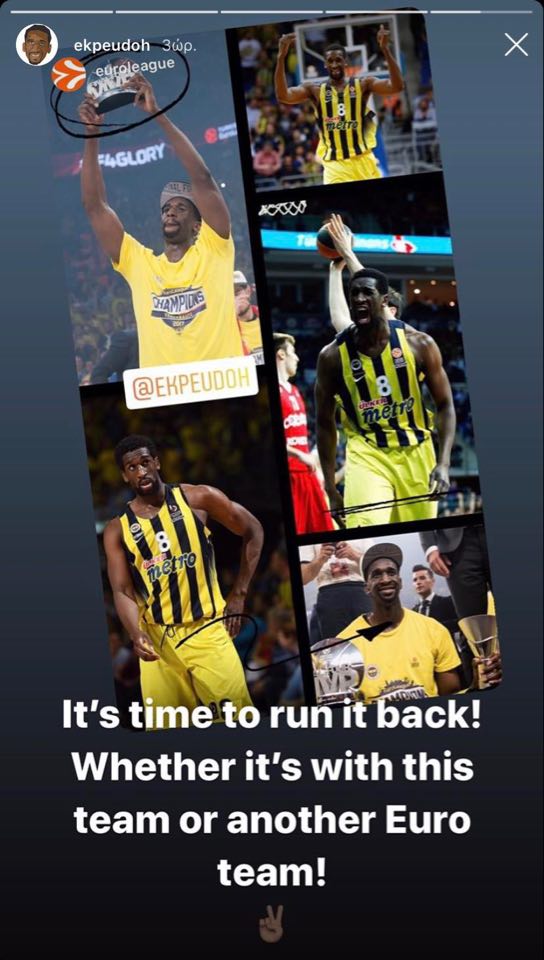 After pushing Fenerbahce towards winning the EuroLeague title for the first time in the history of the club and Turkish basketball, Udoh signed with the Utah Jazz. He played for Utah from 2017 to 2019, before signing with the Beijing Ducks in China.