The demanding path to the playoffs laid out for the Turkish Airlines EuroLeague clubs. 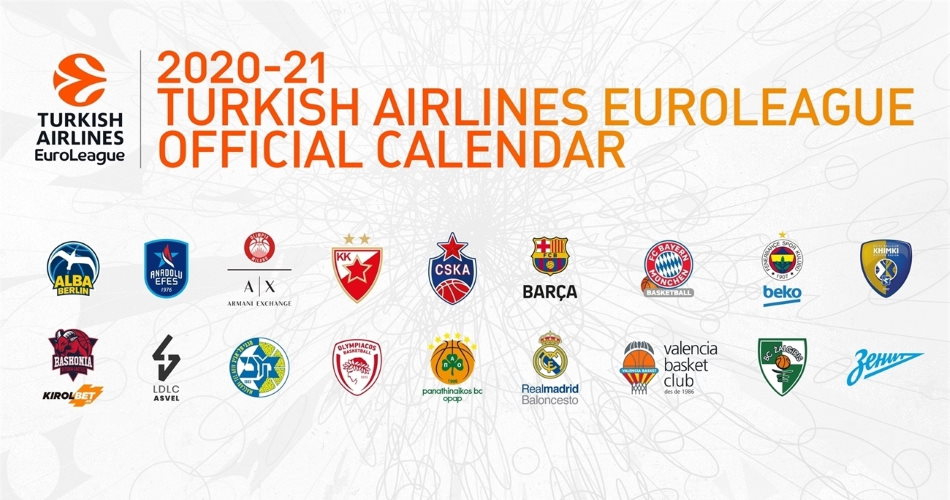 With the release of the full 2020-21 regular-season schedule – 34 rounds of drama that only the Turkish Airlines EuroLeague can provide – now you can map out the paths that your favorite teams must go down to reach the playoffs and fight for EuroLeague glory!

The first two-round week of the season will be Rounds 3 and 4 in mid-October with LDLC ASVEL Villeurbanne, Olympiacos Piraeus, Baskonia, Valencia and Fenerbahce all playing two home games within 72 hours. December will feature an unusual amount of midweek games; aside from a double-round week between December 15 and 18, both single Rounds 16 and 17 will be played on Tuesday and Wednesday to avoid scheduling games on Christmas and New Year’s Eve. Accordingly, the end of the calendar year will also mark the halfway point of the 34-game 2020-21 regular season.

October, January and March are the busiest months in the regular season with six rounds each. February, which has a week off due to domestic cup competitions, is the slowest EuroLeague month with just three scheduled rounds. The regular season is due to finish on April 9, 2021, with the top eight teams in the standings then advancing to the best-of-five playoffs.

With the passion and intensity that comes with every Turkish Airlines EuroLeague game, however, every game is like a playoff game. So get in on the drama and check out your team’s regular-season schedule now!”