EuroLeague fantasy: Find a roster spot for Spanoulis and Shengelia

Check out our EuroLeague fantasy suggestions for Round 20!

For Round 20, our focus remains on Olympiacos (after the suggestion of Sasa Vezenkov last week) and this time falls onto Vassilis Spanoulis. The Reds captain appeared for six minutes in his team’s win against Maccabi Tel Aviv and we expect that he will play more against ASVEL on Friday, as Georgios Bartzokas usually opts to let him rest in one game of the two in a double-game week.

At just 0.67 credits, Spanoulis allows for more changes or additions of more expensive players into our fantasy roster, thus making him a great selection for this round.

Apart from Spanoulis, keep also in mind Tornike Shengelia, who counts five games in double-digit PIR. He is a budget choice at 1.41 credits as CSKA faces Barcelona on Friday. The Georgian big man had his season-best against the Spanish team in the first round, something to keep in mind if you choose to include him in your fantasy roster.

Our fantasy teams for Round 20: 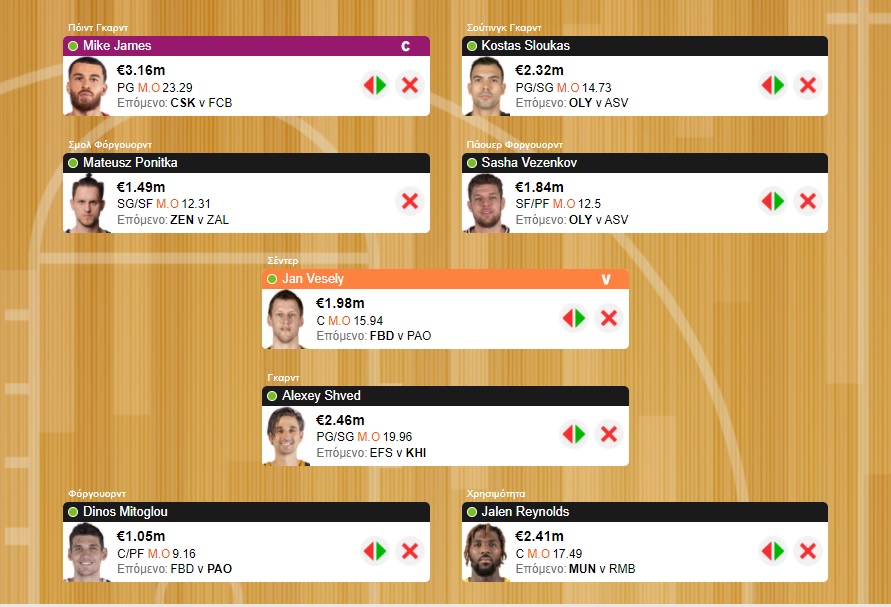