Fantasy: Printezis is in and… no more DNPs

The first 5 rounds of the EuroLeague are behind us and the first conclusions regarding the players that have to be on every roster have been made.

Eurohoops was unlucky for a second week in a row, as Tarik Black did not play for Maccabi Tel Aviv and didn’t add any points to the total haul, which is now at 598 points.

The new lineup will consist of players that are starters in their teams and are expected to provide a high score through their performance.

Printezis ahead of the game against Panathinaikos

So, the Eurohoops team will show up with only one change for Round 6 and that concerns the replacement of Tarik Black with Georgios Printezis.

Maccabi’s center has an injury problem, he didn’t play in the last EuroLeague or domestic league game and so there’s no reason why we should take a risk.

On the other side, the Reds are going up against Panathinaikos in the biggest game of this round and the Greek forward usually steps up in games that are this important.

Baskonia center Vincent Poirier missed Thursday’s (8/11) practice and might not be available for the upcoming match vs. Fenerbahe. Thus he will be replaced with Darussafaka big Micheal Eric who is the benchmark for his team inside the paint.

The team BEFORE the changes 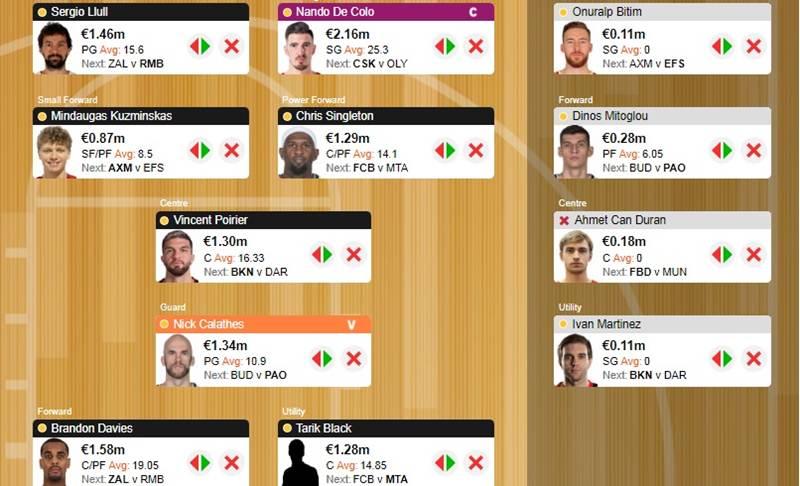