A new round in the EuroLeague, a new opportunity to make changes aiming for the best possible score in EuroLeague Fantasy!

This week includes a double round in the EuroLeague, which means that the players will have to factor in, in addition to the injury problems, the games that follow.

Round 8 will be Ioannis Sfairopoulos’s first on Maccabi Tel Aviv’s bench and this particular development affects our choices for the starting lineup.

The Greek coach returns to the EuroLeague and his first game is against Anadolu Efes in Turkey. The first change, then, concerns Scottie Wilbekin, who will replace Sergio Llull hoping that he will get back to his best under the instructions of his new coach.

Aside from him, Vincent Poirier will give his place to Nikola Milutinov who, together with Georgios Printezis, will form the Red duo on the roster.

The team of the PREVIOUS round 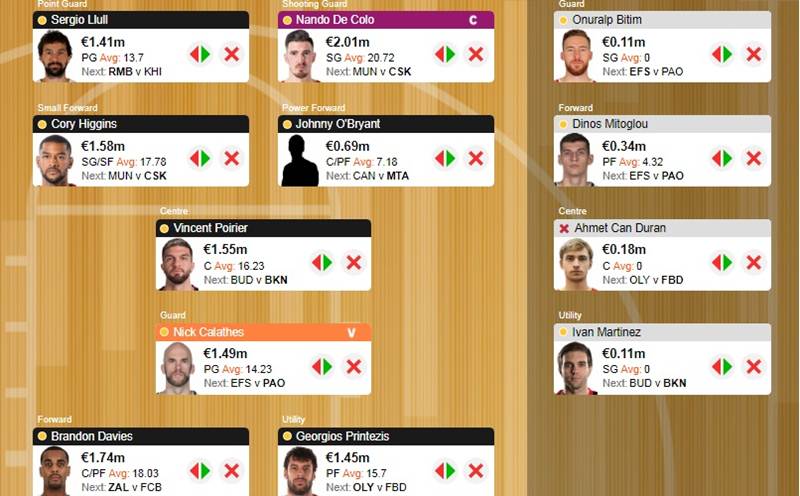 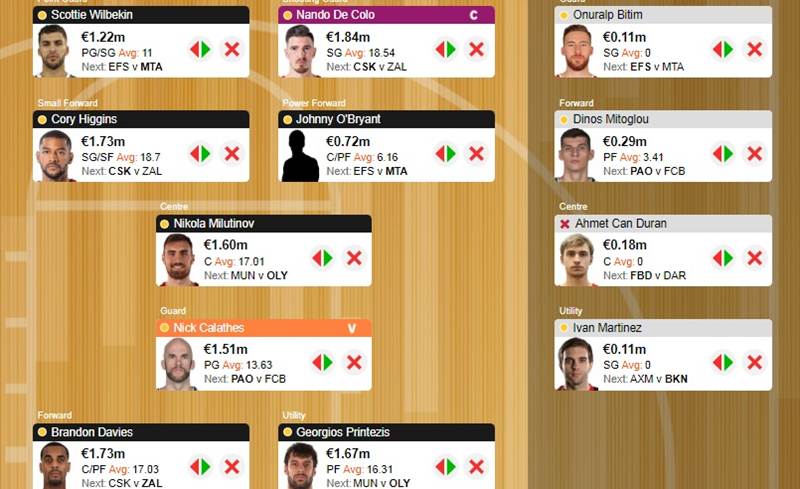