EuroLeague Fantasy: Zach LeDay has earned a place in the starting lineup

Changes on top of changes for the players of EuroLeague Fantasy who are looking for the ideal combination in order to get the highest possible placement in the overall rankings.

Round 10 gave the Eurohoops team a much-needed breathing room as we are still trying to bounce back after a very bad start.

The 38.5 points that Brandon Davies provided helped a lot and the situation could have been even better if Nick Calathes (-4) hadn’t put up such a disappointing performance against Khimki.

Despite the negative image that the Greens’ leader projected, he will remain on the roster, but this will not be the case for Angelo Caloiaro. Maccabi’s player will give his place to Zach Leday, who is coming off a mythical performance against Buducnost and whose price will go up even higher.

At the same time, there will be a change in the forward position as well, as Adrien Moerman will be replaced by Khimki’s Jordan Mickey, who is also in form.

Finally, Anthony Randolph will be selected as the starting center in place of Nikola Milutinov so that we won’t have two players from Olympiacos’s front line.

The team from the previous round: 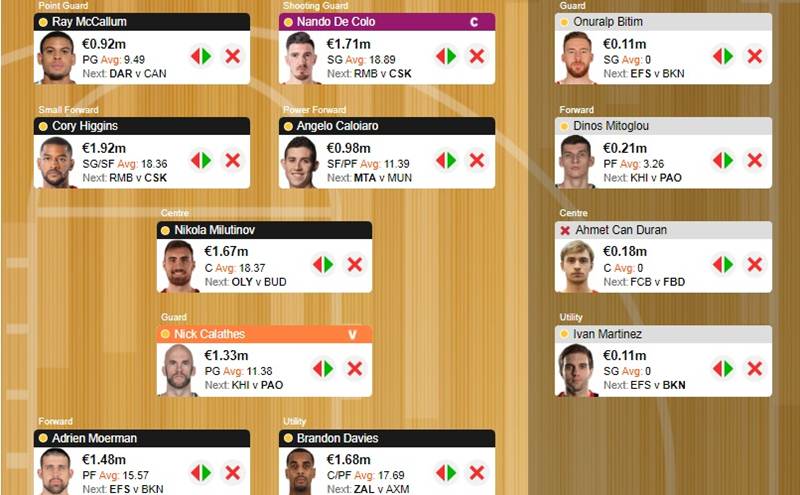 The team after the changes: 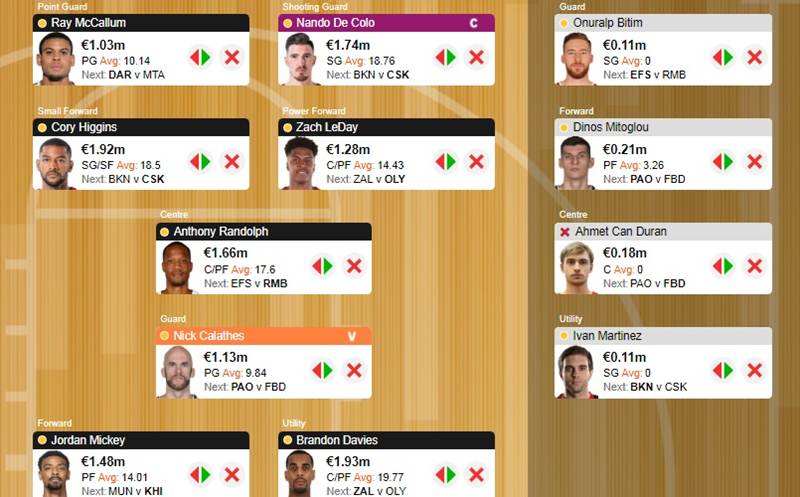