FC Barcelona secured Malcolm Delaney’s services ahead of the 2019-20 season.

FC Barcelona will ink Malcolm Delaney to a 1+1 contract once he undergoes necessary medical exams, the Spanish side announced on Thursday. Eurohoops previously reported that the EuroLeague participant is considering the 30-year-old guard and afterwards made an offer.

The Virginia Tech alum will return to EuroLeague after his NBA stint with the Atlanta Hawks and his 37 games with the Guangdong Southern Tigers in the Chinese CBA last season. In Europe’s premier competition, Delaney is a veteran of 55 matches, 24 with FC Bayern Munich under Svetislav Pesic’s guidance in the 2013-14 season and the other 31 with Lokomotiv Kuban during his 2015-16 campaign.

He will reunite with 70-year-old Pesic at Barca holding his multiple easyCredit BBL MVP honors in mind. On his EuroLeague comeback, last time around the Baltimore-born guard helped Loko make it to the Final Four. He also has a couple of 7DAYS EuroCup runs under his belt. 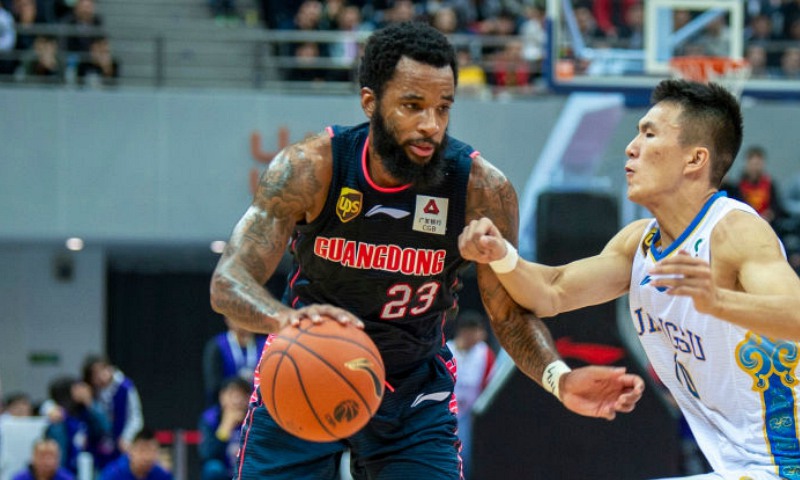 Per FC Barcelona: “Virginia Tech graduate, who has featured in the All-EuroLeague Team and has experience at the Atlanta Hawks, to join club through 30 June 2020, pending medical examination.

Malcolm Hakeem Delaney will play for Barça for one season through to 30 June 2020, with the option to stay until 2021, provided he passes his medical. The 30-year-old guard, born in Baltimore, was at the Guangdong Southern Tigers in China last year and at the Palau Blaugrana will be back under Svetislav Pesic, for whom he played at Bayern Munich in 2013/14.

At 6 foot 3 inches, the new Barça signing comes from a basketball family and was at Virginia Tech for four years (2007-11). From there he embarked upon a European career, which took him first to Elan Chalon (15 points a game) and then Budivelnyk in Ukraine. His excellent displays in the team’s march to the EuroCup semi-finals (16.1 points) earned him a place in the 2013 All-EuroCup First Team.

It was in 2013/14 that Delaney crossed paths with Pesic at Bayern, where he gained his first Euroleague experience (13.9 points, 3.4 rebounds and 4.5 assists), also winning the German championship and being named tournament MVP.

He followed that with two years in Krasnodar, Russia playing for Lokomotiv Kuban, where he played one year in the EuroCup and one in the Euroleague, reaching the Final Four alongside Víctor Claver. His 16.3 points and 5.5 assists earned him a place in the All-EuroLeague Team.

Back in the USA

In the summer of 2016, Delaney went back to his home country to join the Atlanta Hawks in the NBA. His role in Georgia was more discrete than he had been used to in Europe, but he still played 127 games averaging 5.7 points.