The time has come for Luis Scola to join our EuroLeague Fantasy Team. And also for you to pick him.

Luis Scola has been ignored for perhaps way too long so it’s about time for us to invest in him. If you haven’t done it yourselves, we think that you should also pick him up for your squad. After all, he costs 1.94 and we prefer him from Bojan Dubljevic. We gave the Valencia center an opportunity but he didn’t produce for our team.

Scola has averaged 18+ points in four out of five of Milano‘s latest games. And the “Red Shoes” keep on winning so he can also give you the victory bonus if the Italian team beats Anadolu Efes at home. Scola delivers and fits everywhere. He is ageless and his quality is unquestionable. So we believe he won’t turn his back on us, even though we ignored him for so long.

We won’t be changing anything else on our team since we registered 187 points. However, we do have some suggestions… 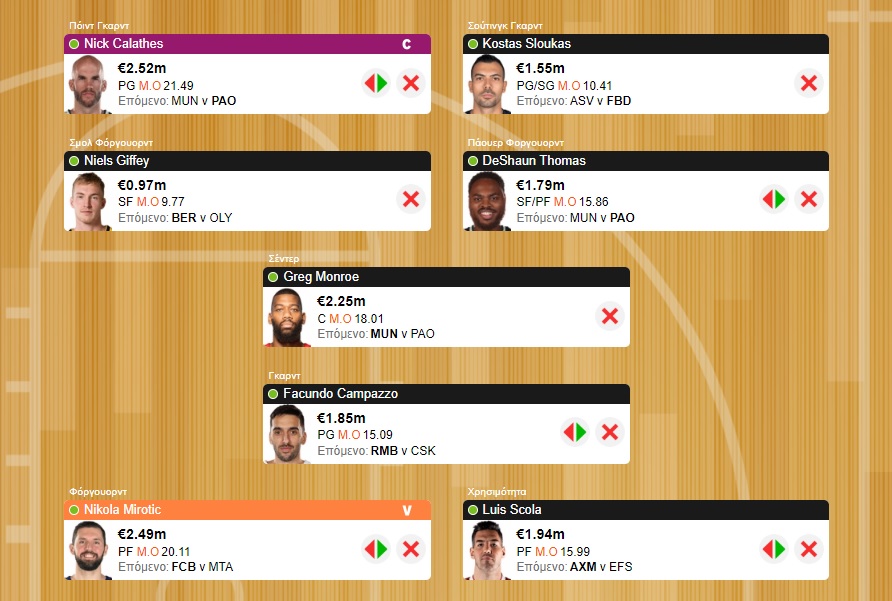 Valencia guard and NBA champion with the Toronto Raptors Jordan Lloyd can have his ups and downs but when he gets his rhythm going he can destroy opposing defenses. Valencia has won three out of its four most recent games and the team plays at home vs. Khimki. A team that’s not really famous for its defense. And Lloyd costs just 1.35.
If you are feeling up for taking a risk, you can go with Scottie Wilbekin. He gave 28 points in the previous round but he got injured and is now a gametime decision vs. Barcelona on the road. So, it’s up to you and whether you’re feeling lucky or not.
alm_page: 1alm_current: 1almitem: 1alm_found_posts: 1
Tags Euroleague fantasy Luis Scola