Euroleague Fantasy: Spanoulis on the verge of making history

Spanoulis is no longer a safe bet in fantasy with an average of 9.4 points. Still, you might need to make an exception for this round, because Spanoulis has a special motivation in order to perform.

“Kill Bill” needs just 16 points in order to become the All-time EuroLeague top scorer over Juan Carlos Navarro. And he is also a cheap option, so why not?

He has the chance to make history, Olympiacos more than needs the win against Crvena Zvezda and he is coming off a good game against Khimki Moscow Region. 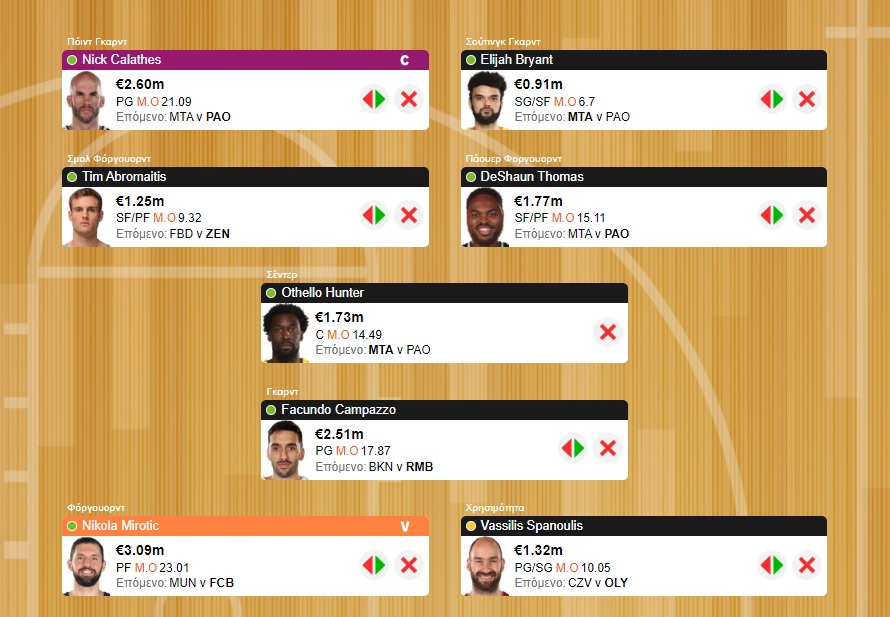 With Spanoulis onboard, most teams will have the ability to pick up also Othello Hunter. With Tarik Black missing one more game, Othello is expected to deliver again and be a huge boost for any team. And his price is “just” 1.73 so he is also affordable.

If you like Maccabi – and you have many reasons to with the way they are performing lately – Elijah Bryant and Tyler Dorsey can also be good picks. Aaron Jackson is not yet with the team, the backcourt is thin and those two guys will get minutes.

Bryant is cheap (0.92) and he will put up numbers. Also don’t forget to remove Lorenzo Brown from your team, if you have him. He is injured, he missed the game of Crvena Zvezda against CSKA Moscow and he will not play against Olympiacos.