Sharing is caring for Rasta Vechta in BCL (Infographic)

Spanish coach Pedro Calles and Rasta Vechta turned heads last season with their performance in the German BBL and they did exactly the same on their first-ever European game.

The German club finished the night with 30 assists in their 89-76 win over Anwil on Tuesday, becoming the first team in Basketball Champions League history to reach that number in the opening night of the competition.

In total, during the first three BCL seasons on twelve occasions, a team dished 30 or more assists in a regular-season game, however, it happened only once in the 2017-18 season. So Rasta Vechta and the 2019-20 season are definitely on the right path. 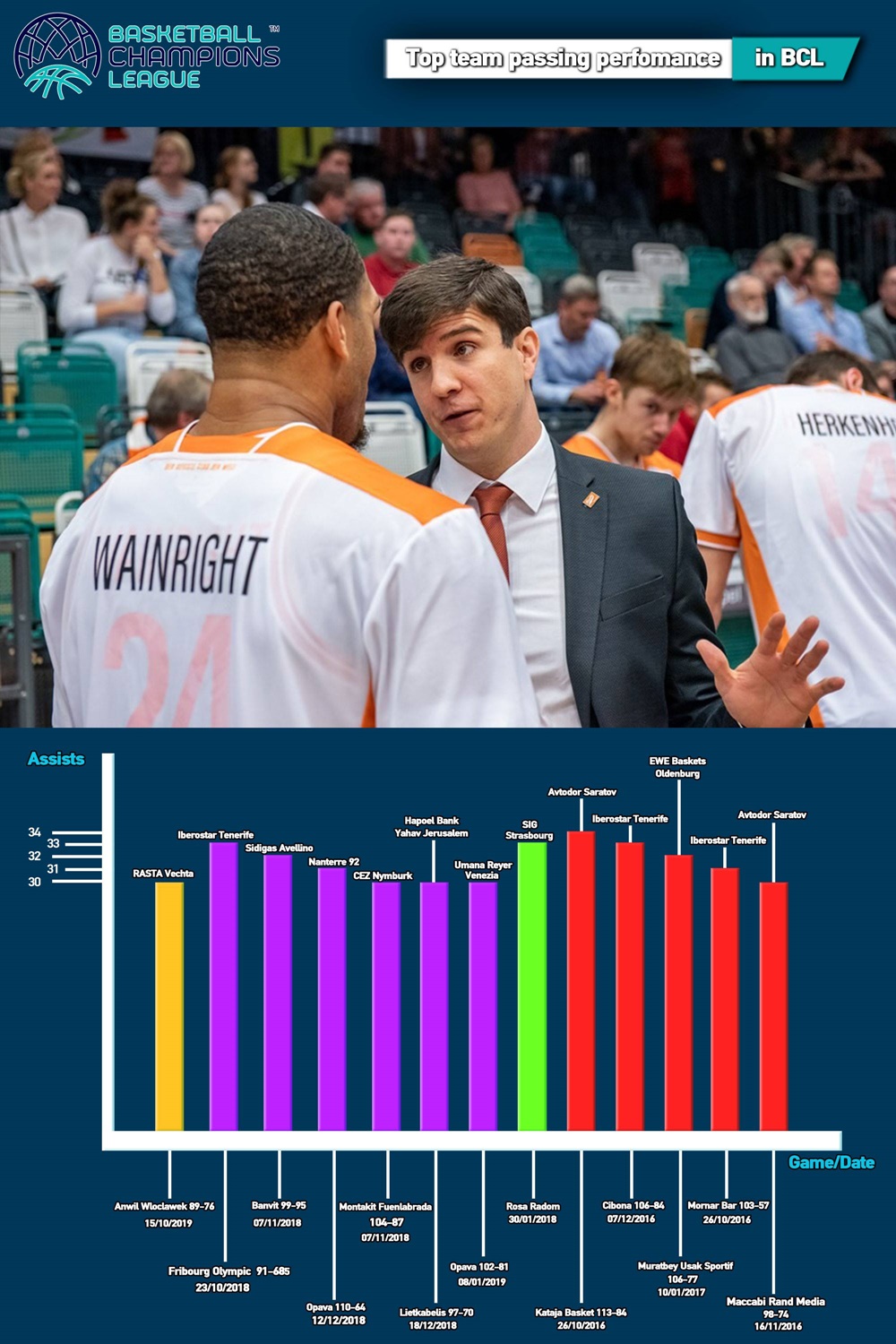