With only hours away from the tip-off of the FIBA World Cup 2023 European Qualifiers, check out the official preview of the big showdowns coming up!

The FIBA World Cup European Qualifiers are just hours and FIBA has prepared a full guide for the November window, featuring details about the upcoming matchups, schedules, players to watch, history, and outlooks for each group!

Enjoy the official preview by FIBA as follows:

32 teams all have the same goal in mind upon the start of the FIBA Basketball World Cup 2023 European Qualifiers.

The teams are split into eight groups of four with the top three teams from each group advancing to the Second Round, which will consist of four groups of six teams as all teams that progress will carry over their results from the First Round.

The top three teams from each group will then qualify for the FIBA Basketball World Cup 2023 with six windows in total across the two rounds.

Here’s a group-by-group look at the teams involved on the start of the journey to Indonesia, Japan and the Philippines for the next edition of the World Cup. 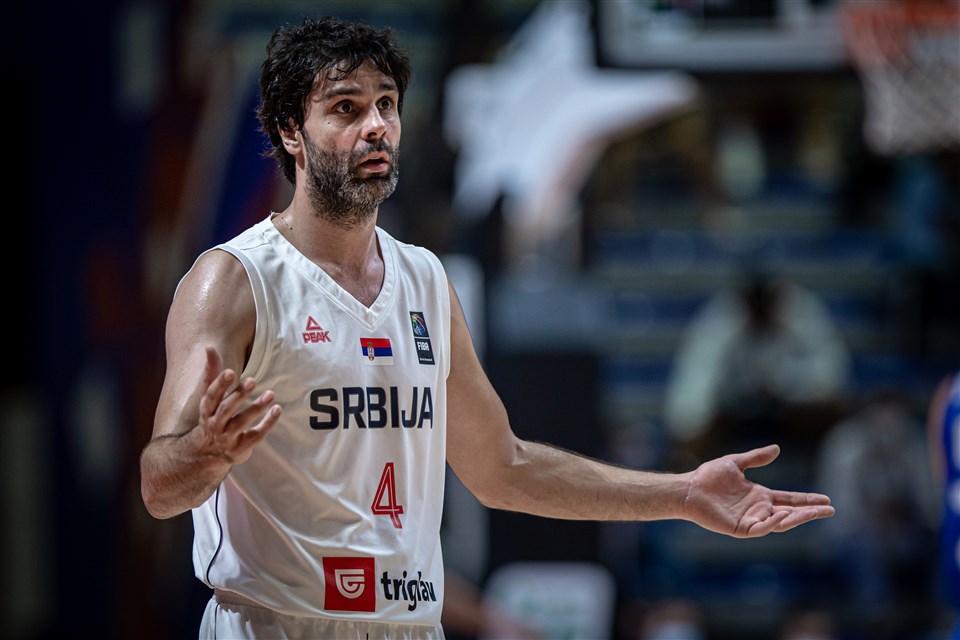 Outlook: Serbia will be heavily favored to come out on top in this group as Svetislav Pesic looks to start his reign in style. Latvia will be desperate to bounce back from the disappointment of missing out on FIBA EuroBasket 2022, while Belgium were one of the surprise stories of that qualifying campaign. A big task for Slovakia as the lowest ranked side of all the teams competing and their opening game against Belgium could really set the tone.

History: Serbia have finished in the top five – including runners-up in 2010 – in their previous three appearances at the FIBA Basketball World Cup. In contrast, the trio of Belgium, Latvia and Slovakia have never made it to the global stage and at least two of those sides will make it one step further to making history. 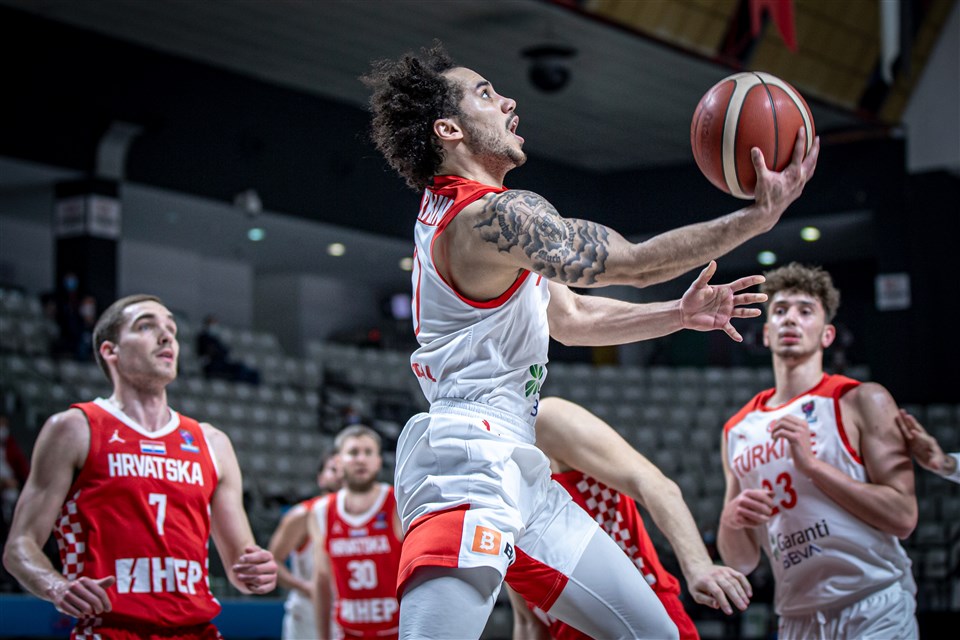 Outlook: Turkey and Greece will be expected to battle for top spot in the group, but Great Britain and Belarus will fancy their chances of getting themselves in the mix. Shane Larkin made a long-awaited debut for Turkey as they battled back from an 0-3 start to qualify for FIBA EuroBasket 2022 with Greece involved in some overtime thrillers along the way, while Great Britain did a double over Germany and beat France to book their own spot.

History: Turkey has been involved in every FIBA Basketball World Cup since 2002 and went all the way to the Final as hosts of the 2010 edition. Greece have also beaten finalists four years earlier in 2006 with only one missed appearance in nine attempts since their debut in 1986. Belarus and Great Britain have never made it to the World Cup, though GB are set for their fifth FIBA EuroBasket appearance next summer. 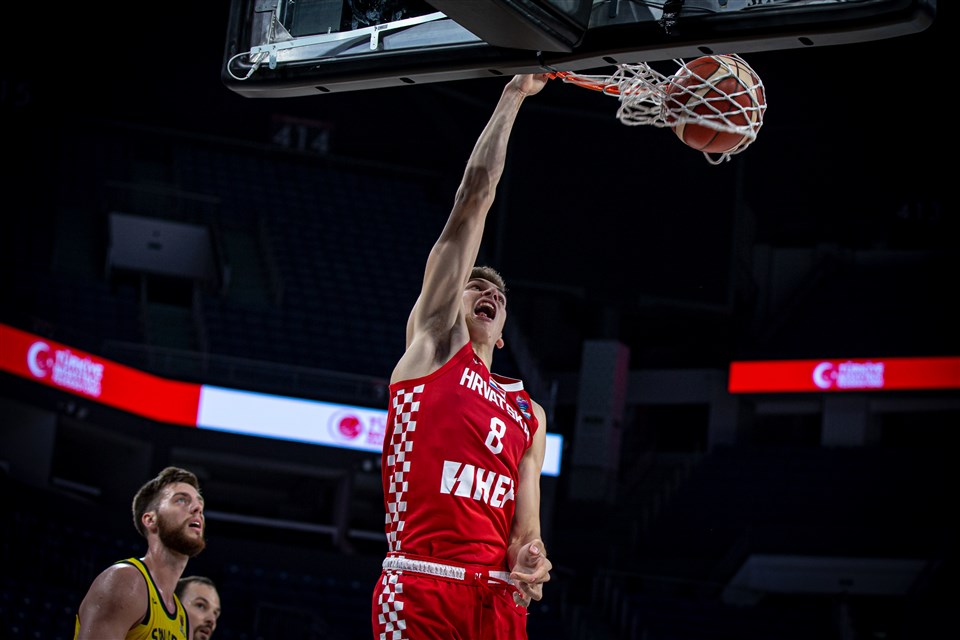 Outlook: No team from the four in this group competed at the last World Cup with Croatia, Finland and Slovenia all falling in the Second Round of the qualification process. Slovenia remain the defending EuroBasket champions and have since competed at an Olympics for the first time and expectations will be high. Croatia defeated Sweden twice on their way to making it to FIBA EuroBasket 2022, while Finland also battled through and begin this campaign on the road in Stockholm with a packed crowd anticipated.

History: Slovenia last competed at the FIBA Basketball World Cup in 2014 having reached the Quarter-Finals phase for the second consecutive tournament with three appearances in total – the same as Croatia, who finished third in the 1994 edition. Meanwhile, Finland made their World Cup debut in 2014 with a solitary win over Ukraine in Bilbao with Sweden yet to make it to the global tournament. 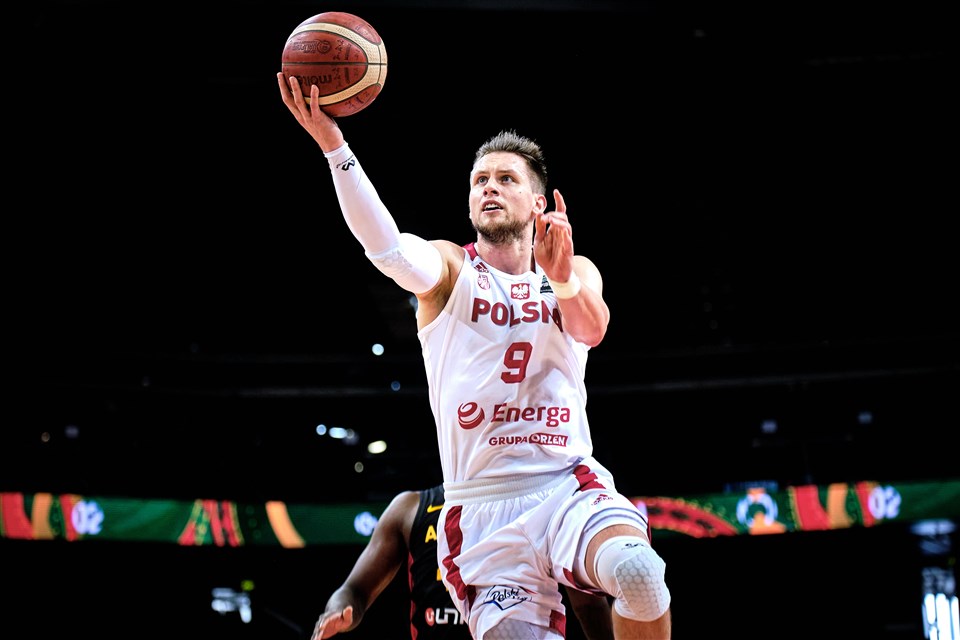 Outlook: Germany made it to the Olympics in the summer, while Poland missed out and both teams have opted for coaching changes to take on a new direction. They will be strong contenders to advance, though Israel will have confidence from their FIBA EuroBasket 2022 Qualifiers campaign with a 5-1 record including two wins over Poland. Meanwhile, Estonia will not want to make up the numbers with a chance to make a statement in the first window.

History: Germany returned to the FIBA Basketball World Cup in 2019 having missed out five years prior and their only podium finish came in 2002 when they were led by tournament MVP Dirk Nowitzki in Indianapolis. Poland made a memorable return of their own two years ago as they ended a 52-wait since their previous appearance. Israel have not qualified for the World Cup since 1986 with Estonia hopeful debutants in 2023. 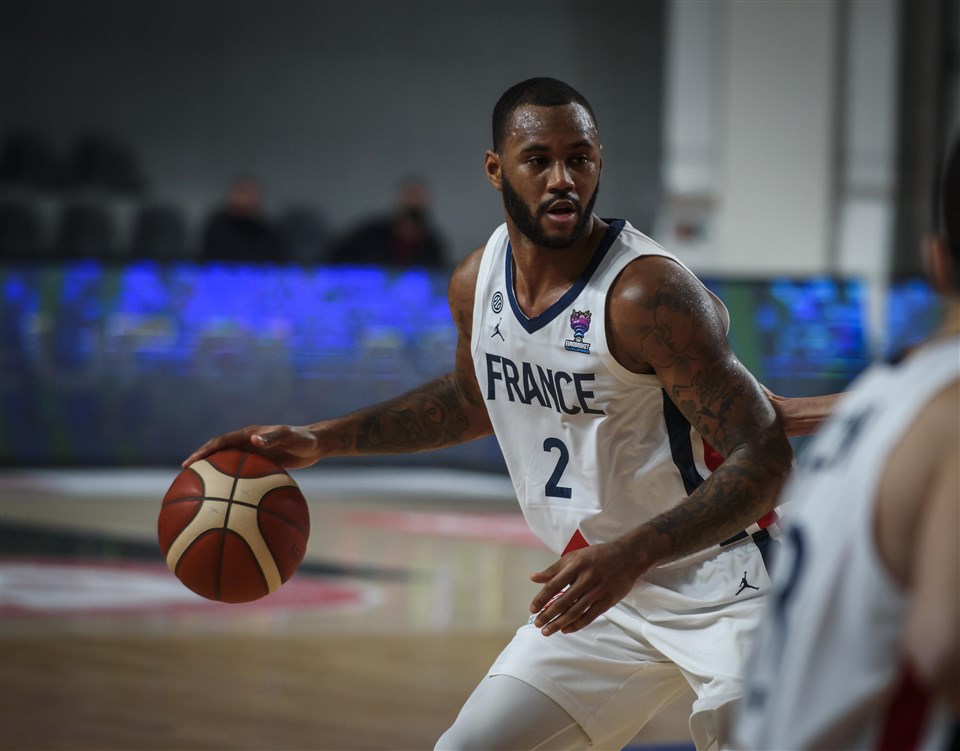 Outlook: France will be strong favorites to comfortably sweep through to the next phase, but even with their considerable strength in depth, they did suffer two defeats in the FIBA EuroBasket 2022 Qualifiers. Montenegro were in the same group, but were unable to advance and will be one of the main contenders alongside Hungary – who did qualify – while Portugal kept their World Cup dream alive in the Pre-Qualifiers and start on home soil in Matosinhos.

History: France have made it onto the third step of the podium in back-to-back editions of the FIBA Basketball World Cup with eight appearances in total including a 20-year gap from 1986-2006. Montenegro made history in 2019 with their tournament bow, while Hungary and Portugal are still waiting to replicate that feeling having failed to qualify to date. 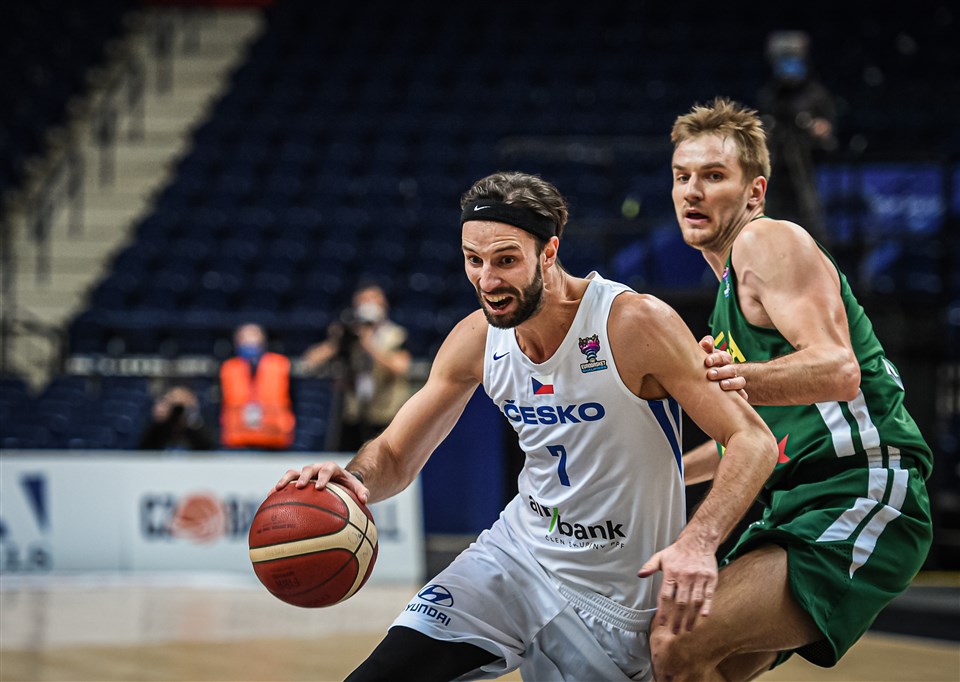 Outlook: Lithuania were made to sweat the most during the FIBA EuroBasket 2022 Qualifiers and will be hoping to avoid similar drama this time around. They defeated Czech Republic twice, crucially, in that campaign and the two teams are likely to contest the top-two spots in the group. Bosnia and Herzegovina will certainly have something to say as they continue to progress in the right direction, while Bulgaria stunned Latvia in Riga to book their spot at next year’s major tournament and cannot be taken lightly.

History: Lithuania have only missed out on the FIBA Basketball World Cup once in their previous six attempts to qualify with a third-place finish at the 2010 edition, though they failed to make it to at least the Quarter-Finals stage last time out. While Bosnia and Herzegovina aim for a first-ever appearance, Bulgaria have competed at the World Cup before: all the way back in 1959 and Czech Republic were participants in China in 2019. 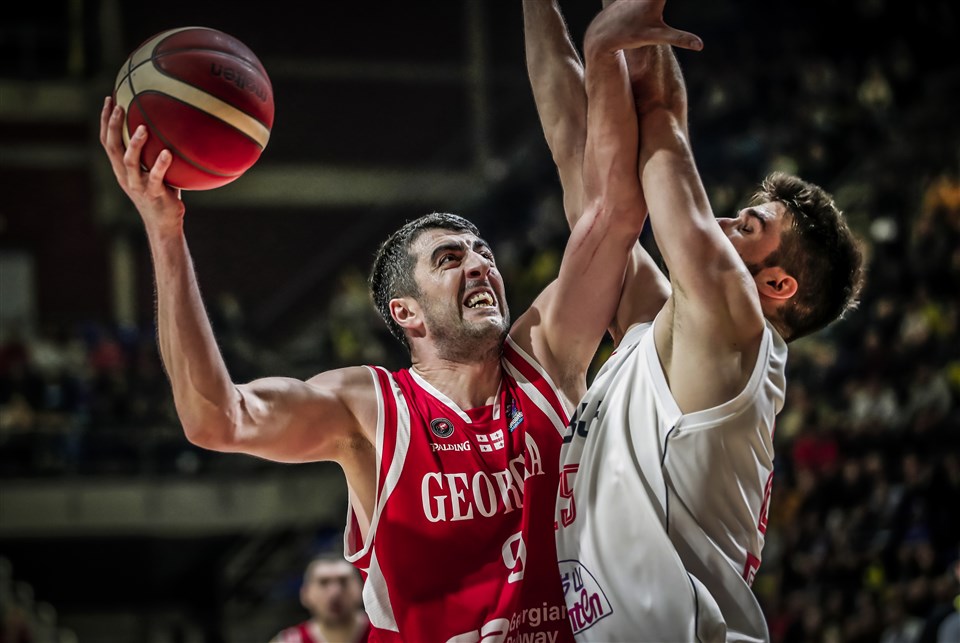 Outlook: The reigning World champions Spain start their bid to defend their title in two years’ time and will be expected to make it safely out of the group. Georgia are likely to provide strong opposition and the two teams will meet in Jaen to close out the first window. Meanwhile, Ukraine also qualified for FIBA EuroBasket 2022 and will look to ensure they boost their Second Round hopes when they meet North Macedonia, who have been boosted by the impact of Jacob Wiley.

History: Spain were crowned FIBA Basketball World Cup champions for the second time in 2019 as they followed up their maiden triumph of 15 years ago with six consecutive appearances of finishing inside the top-six. Georgia and North Macedonia have yet to qualify, while Ukraine made their tournament bow in 2014 with a First Round exit, despite a 2-3 record. 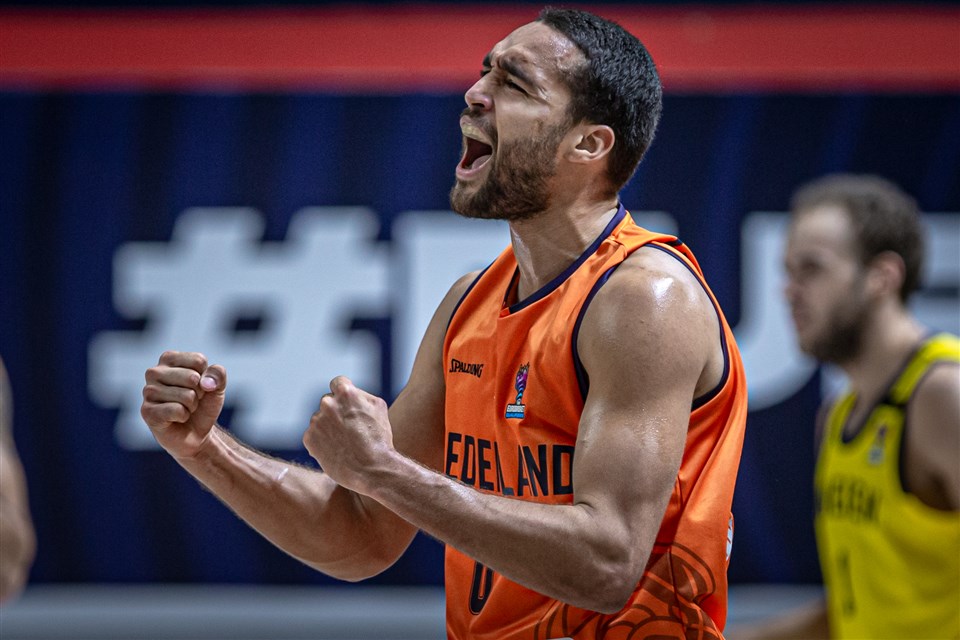 Outlook: Italy and Russia are paired in the same group again, just as they were in the FIBA EuroBasket 2022 Qualifiers. They both finished with 4-2 records, though Italy actually defeated Russia in both meetings and those encounters are likely to determine the outcome of this group. The Netherlands claimed some big scalps on their way to reaching Europe’s flagship event, while Iceland had to overcome Denmark to make it to this stage and will look to cause an upset.

History: Russia made it to successive FIBA Basketball World Cup Finals in 1994 and 1998, but have mixed fortunes since with early exits and failed qualification attempts either side of a Quarter-Finals showing in 2010. Italy are no strangers to competing on the global stage, but have had little success having never made it onto the podium in their nine appearances. The Netherlands debuted back in 1986, while Iceland made progress by qualifying for FIBA EuroBasket 2015 with hopes of next making it to a World Cup.