A graffiti of Milwaukee Bucks superstar Giannis Antetokounmpo in Greece was vandalized with Nazi symbols on the one-year anniversary of the Greek Freak winning NBA MVP.

Unknown vandals committed this despicable act by putting the swastika and “SS” signs on Giannis’ right arm on the graffiti and covering his face with a smudge. The graffiti, that shows Giannos wearing his Bucks‘ jersey and also features the team’s deer logo, is located in the Palaio Faliro Municipality near Athens and was created through a city initiative called “Pictures and Dreams.” 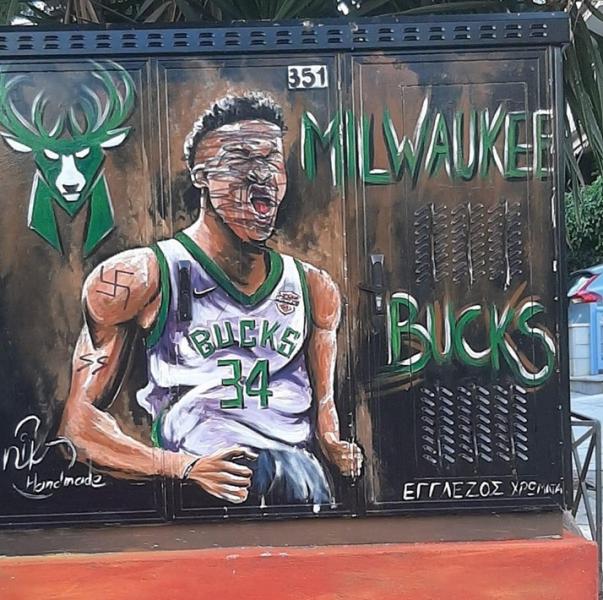 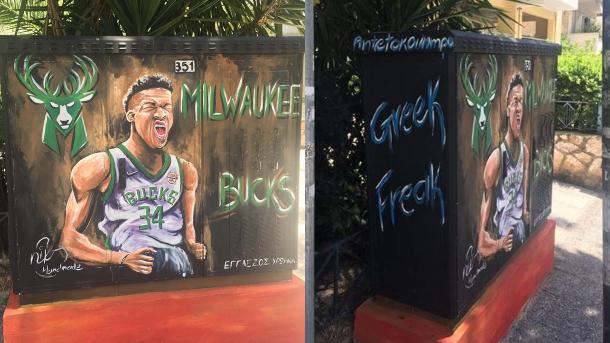