Giannis for Spanoulis: “He is the Kobe of Europe”

“Do you know who he is”, Giannis Antetokounmpo asked the Milwaukee Bucks coaches who have traveled with him in Greece.

“He is a legend. He is for Europe what Kobe was for the NBA. He is the best for many, many years”.

Giannis is practicing in the gym of Olympiacos and he met Spanoulis in the locker rooms of the visiting team. The two Greek stars who have been teammates in the Greek national team had the chance to catch up and Spanoulis had a special gift for the NBA MVP.

Giannis got two signed jerseys by Spanoulis, one of them worn during last year’s EuroLeague game against Fenerbahce, in which Spanoulis become the all-time leading EuroLeague scorer over Spanish legend Juan Carlos Navarro. 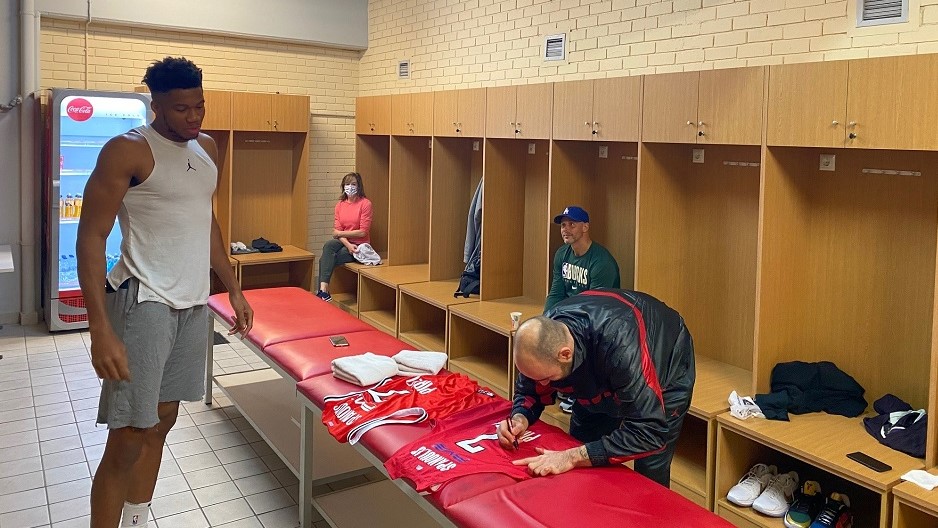 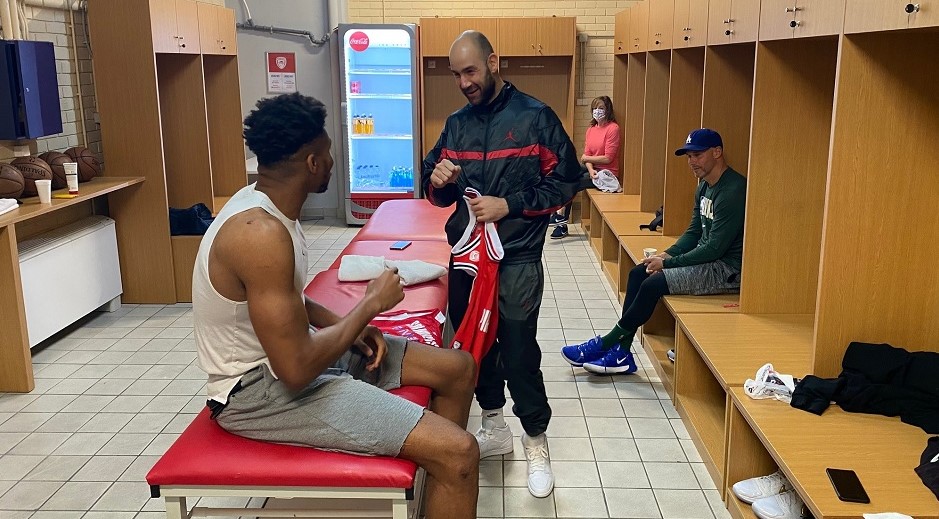 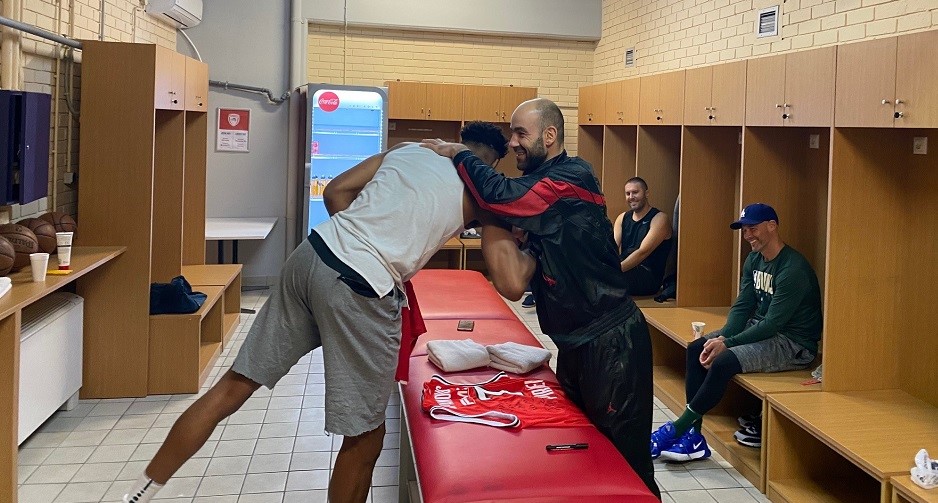 Giannis was practicing for three weeks in Greece and he is expected to return to the States in the next few days with Spanoulis wishing him to win the championship title and Giannis promising that he will gift him the championship winning jersey.