Giannis returning to the States on Saturday

After spending some days in Athens and almost all of the offseason in Greece, Giannis Antetokounmpo is set to return to the United States on Saturday, as the NBA world awaits his decision about whether or not he will sign the supermax extension with the Milwaukee Bucks.

The Greek Freak used his time in his native country to the fullest, from practicing at Olympiacos’ facilities alongside Greek basketball legend Theo Papaloukas to pairing up with COVID-19 volunteers and donating tens of food boxes for the impoverished people in his old neighborhood of Sepolia.

Prior to leaving Greece, Giannis was spotted at Olympiacos‘ Thursday Turkish Airlines EuroLeague game against Spanish champions Baskonia, alongside his brothers; teammate Thanasis, Kostas (who’s just re-signed with the Lakers earlier on Thursday), Alex who was able to visit Greece as he is on a weekly break from his duties with Murcia due to the FIBA EuroBasket Qualifiers, and his Greek agent Giorgos Panou. 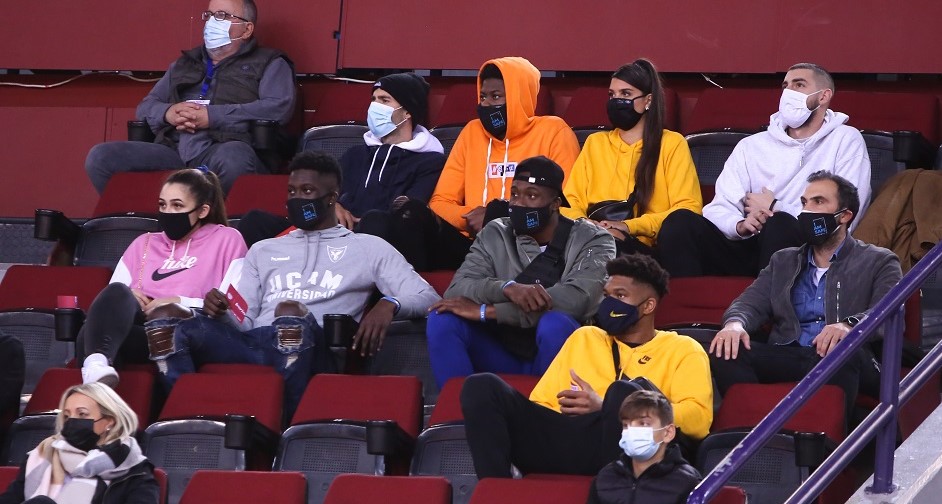 Giannis has yet to decide on his future, with a deadline on December 21, a day before the new season tips off, though the consensus that circulates US media remains that he will eventually ink the supermax extension with the Bucks.