The NBA released the second update on its fan voting ahead of the 2021 All-Star Game, scheduled to take place on March 7 in Atlanta, despite receiving backlash from players.

Steph Curry leads the guard selection with 4,033,050 votes, while Bradley Beal rises to 2,528,719 votes in the Eastern Conference

It should be noted that the fan voting lasting up to February 16 will count for 50% with players and media responsible for the remaining 50% regarding the starters. The reserves will be selected by the head coaches.

Here’s the latest update of the voting: 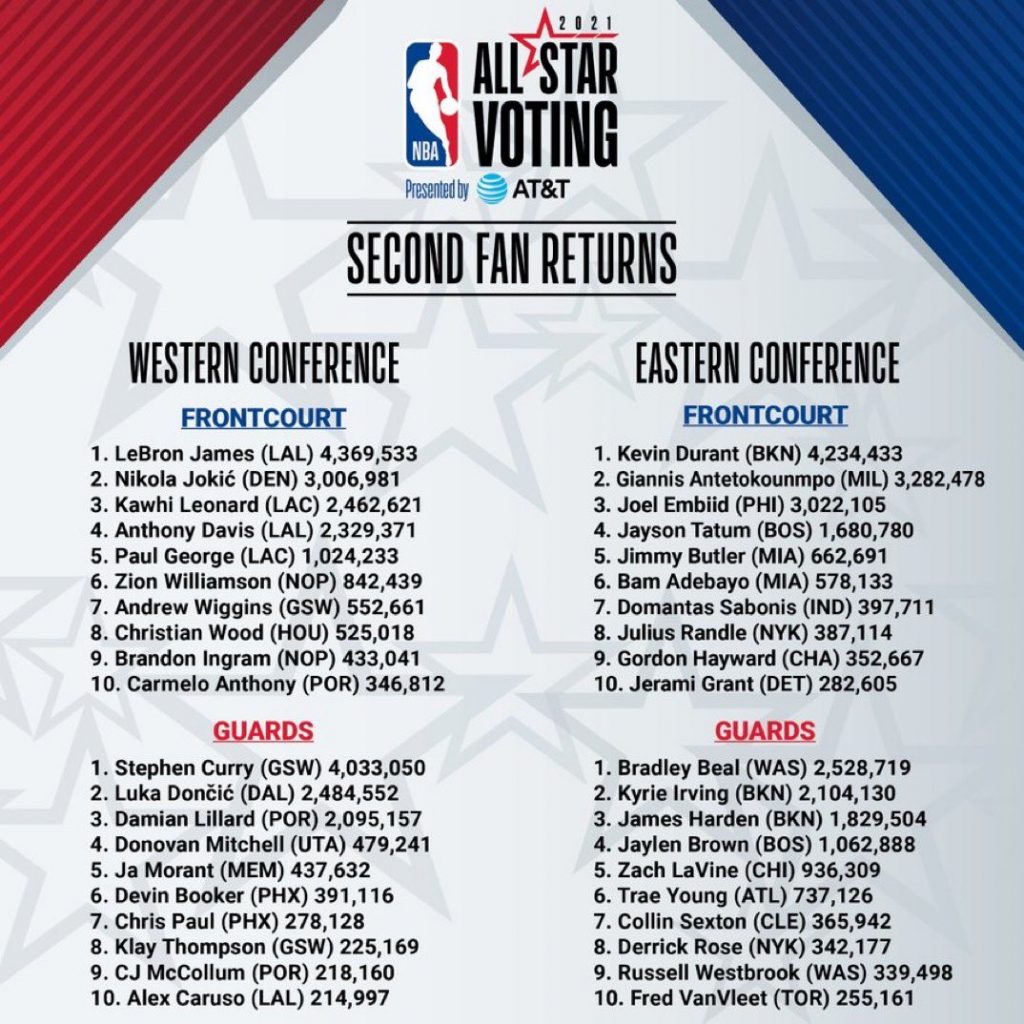