Eurohoops readers had a chance to vote for what they believe would be the best way to finish the 2019-20 Turkish Airlines EuroLeague season – if it resumes this summer.

Three options were offered by Eurohoops and 40% voted for the top eight teams to go straight to the playoffs with no more regular-season games.

The current top eight squads in the standings are:

Moving Final Four to a later date received 26% of the votes while 14% went to having Α shorter playoff format (best of 3 or just home-away games).

The fans also had an option to choose the “other” category and share their opinion on social media. And 20% decided on that. Among the alternatives offered were canceling the season with or without proclaiming the champions (Anadolu Efes in EuroLeague, Partizan for EuroCup) according to the current standings as well as going straight to the Final Four or organizing a Final Eight. 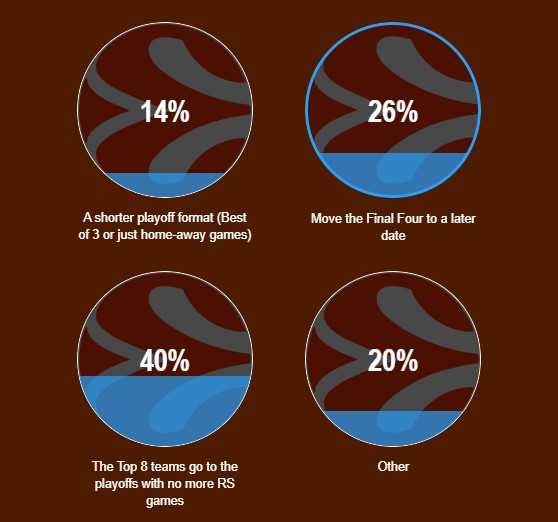