EuroLeague: The Top 10 Free Agents in the point guard position

After the conclusion of the 2020-21 Turkish Airlines EuroLeague season with the Final Four held at Cologne, the focus turns to the players set to become free agents this summer. Our first look is on the playmakers.

Considering the constant movement of point guards to the NBA, the market in the key position will remain hot for the best teams in the continent looking to boost their squad during the offseason.

Eurohoops starting the series of Top 10 free agents per position compiled a list with the Top 10 floor generals on expiring contracts. 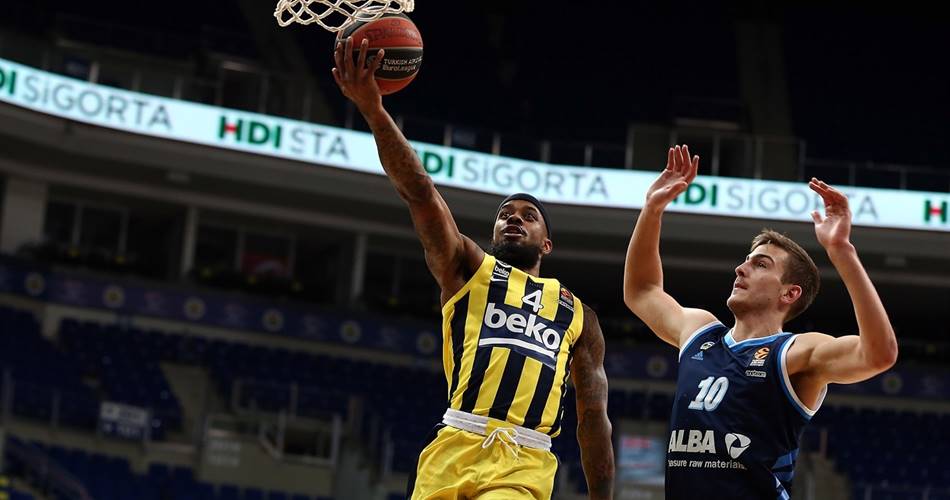 In the canceled 2019-2020 season, the American playmaker had a remarkable stint with Crvena Zvezda, despite playing in the EuroLeague for the first time. This performance took him to the next level and Fenerbahce. But the Turkish team was a little too much for him.

At the beginning of the season, the club wished to form a great backcourt duo with Nando De Colo and Brown, but never got what they expected from the American player.

Perhaps the expectations were different when he first joined EuroLeague with Crvena Zvezda but the same just didn’t work with Fenerbahce. Especially the playoff performance was a big disappointment.

We probably wouldn’t be exaggerating if we said that the only good memory of him in the yellow jersey was the game-winning basket he scored against his former team.

It was so messy in Fenerbahce that, no matter how much the talent ceiling dwindles in Europe, ambitious teams probably won’t be paying much attention to him this summer. Teams ranked lower in the EuroLeague may find it difficult to give him the contract he expects. 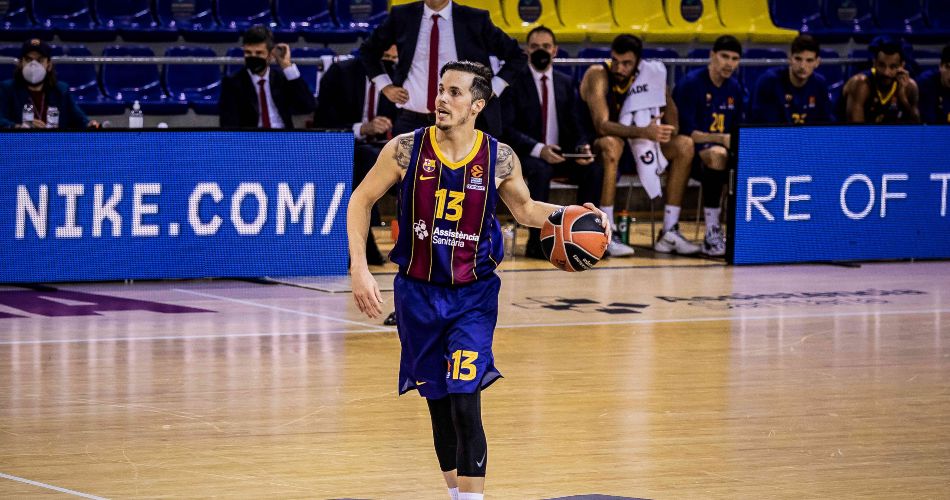 His skills are unquestionable when it comes to passing. After all, we are talking about the 5th ranked player when it comes to assists in EuroLeague history. It should also be noted that he achieved this honor with fewer matches than any other player in the top 10.

Nothing to worry about though, as according to reports across the continent, Heurtel, who finished this season in ‘exile’ in France, will play for Real Madrid next season. 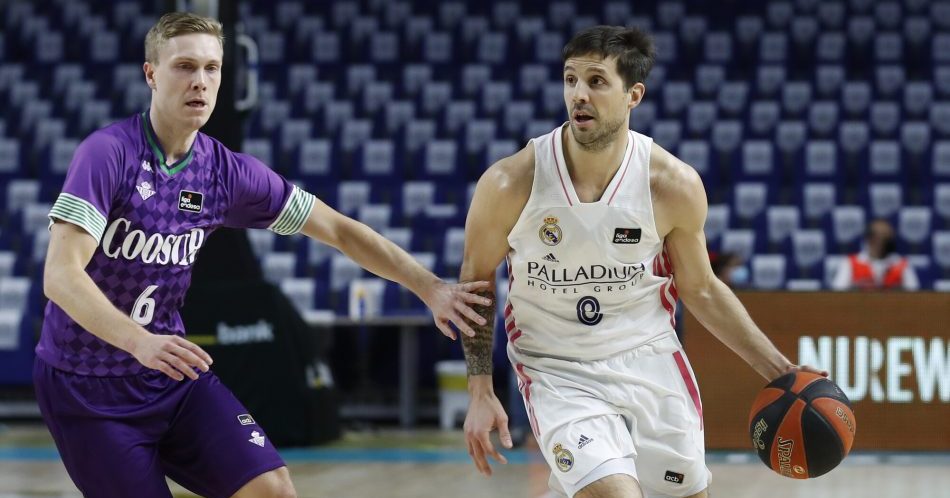 Speaking of Real Madrid… Let’s talk about a talent that the Spanish giant already has.

Returning from the brink of leaving Real Madrid and going to Panathinaikos in the summer of 2020, Nicolas Laprovittola managed to create an interesting story for himself under difficult conditions.

After Facundo Campazzo’s departure, Real Madrid surprisingly failed to attempt to fill the void, and Laprovittola suddenly found himself as the team’s main point guard.

At first glance, the 31-year-old guard may not have had a season like that. After all, Real Madrid did not reach the Final Four, and Laprovittola did not perform great statistically while this was happening. But he managed to make a good ending to the season.

He took the stage whenever his team needed him, both in the playoff race and in the playoffs, and he showed that he is a valuable player for the team and that he can be reliable.

Frankly, if Pablo Laso had seen this spark during the season, he would not have taken any risks with Heurtel and would have continued with him. Of course, it can still happen. In Real Madrid, we have seen many names whose contracts were extended in the summer while they were expected to be sent from the team in the middle of the season.

However, if we take into account that the current rotation is crowded, it seems unlikely at the moment. If the Argentine guard cannot find him a new contract in Madrid, one can assume that many EuroLeague teams will wish to provide him a new home. 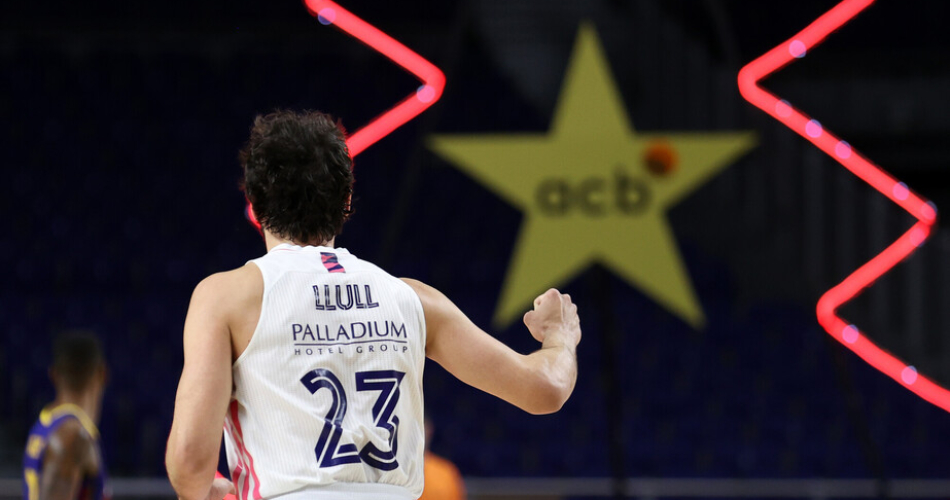 Houston Rockets? No, no I don’t think so!

For years former Rockets GM Daryl Morey dreamed of ripping him off the Spanish soil and bringing him to America, but it was too late. Neither Morey is in the Rockets anymore, nor is Llull going to the NBA.

The star name, who could not recover after his injury in 2017, was one of Real’s stomachaches in recent years. He was always expected to come back and lead the team as he used to, but he could not make this comeback either physically or mentally. Yes, maybe he showed some vintage moments but never for too long.

Now his contract is coming to an end and the fact that his contract has not been extended so far is an interesting indication that an era might be coming to an end. I would like to underline, however, that the chances of Llull and Real Madrid parting ways are very little in my opinion. Probably his contract will be officially extended once the season is over. After all, we know very well how conservatively the teams approach the franchise players in the EuroLeague.

But even if that does happen, Llull needs to transform into another player like Rudy Fernandez, who had a similar period before him at such a point in his career and contribute to Real Madrid in a different way. Otherwise, both sides will hurt each other in this story. 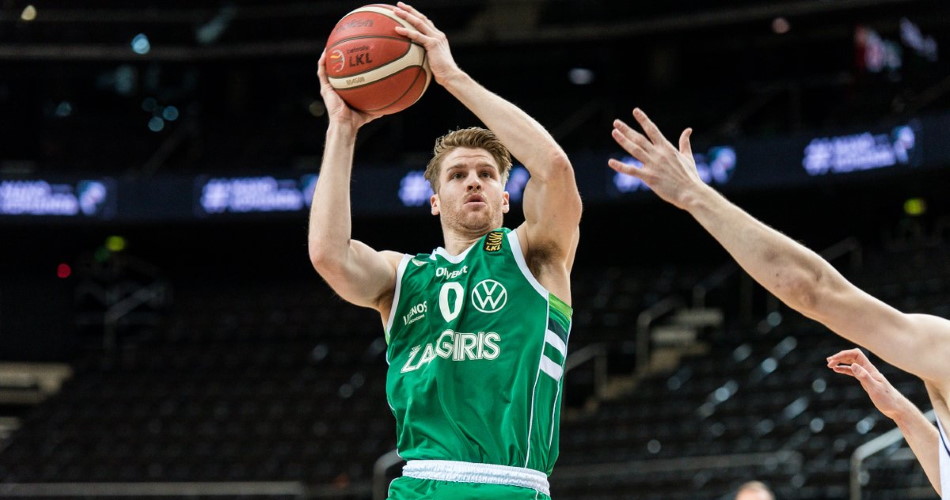 Thomas Walkup is the fifth entry to the list and it’s only natural because Europe’s talent pool doesn’t have many players like him. Having left behind his third season in Kaunas, the American guard is now much more mature and ready for the next level.

Despite playing in a team of a certain budget like Zalgiris, he is one of the most important names for the stability of the Lithuanian team. Maybe his stats aren’t that striking, but there are few players in the EuroLeague who are as valuable as Walkup in terms of leading the team in the right way. And I’m not even talking about what they did on the defensive part of the job.

The truth of the matter is that Walkup is ready for the next level after three seasons in Lithuania. Considering how much the former Zalgiris guards, Kevin Pangos and Vasilije Micic, marked the EuroLeague this season, we may see Walkup doing similar things very soon.

The fact that his name is mentioned with many teams before the summer is proof of how much he is wanted.

Who was the best mid-season transfer? Without a doubt, Iffe Lundberg!

The American guard, who came out of Denmark and attracted attention with what he did with the Zielona Gora jersey in VTB at the beginning of this season, suddenly found himself in CSKA. And instead of a very dominant star like Mike James.

There was, of course, a lot of doubt about him. No matter what he did in VTB, there was a good chance that a scoring guard with defensive flaws wouldn’t be able to hold on in the EuroLeague. When we look at many examples from the past, we see that the story usually develops like this.

But Lundberg didn’t let the story be like that.

Playing in the EuroLeague for the first time at the age of 27, the Danish guard helped CSKA recover from the chaotic season and find a way to the Final Four. While doing this, he showed critical performances both in the playoffs and in the Final Four.

After such a performance, his place is now in the EuroLeague. Probably, CSKA will not miss this star that they discovered before everyone else and will give a new contract. If the Russian giant makes a mistake, however, many teams will wait for Lundberg with their hands open.

Pierria Henry, who was somewhat of a disappointment in his rookie year with Baskonia, has completely changed the perception of him this past season.

Although Baskonia had a bumpy campaign, Henry, who marked the end of the regular season, put forth everything he could to keep the team in the playoffs. He was so passionate to help his team that he would risk injuries.

As a matter of fact, a remarkable player on both sides of the floor like him suddenly became one of the favorite names in the transfer market. While news emerged that Real Madrid had recruited him before the summer came, the allegations that Minnesota, one of the NBA teams, was also interested in him began to be discussed a few days later.

The American guard has an optional contract with Baskonia, but even if that option is exercised, it seems that Henry’s address next season will be elsewhere.

* He has an optional contract with Baskonia for the next year.