Biwenger EuroLeague Fantasy: Put it all on Monaco

The last round of the EuroLeague regular season is upon us!

Although next week we will have a postponed game, the last round of the regular season in EuroLeague is already in front of us. The eight teams that will fight for a ticket to the Final Four have been decided but they still don’t know their matchups in the playoffs.

This week you will have to watch the games with a notepad and a calculator by your side to check who your team is playing against. We have done the calculations for AS Monaco because, although it is difficult for them to move from the 7th position, we have three players from the team club in our Biwenger.

Once again we have the MVP of March, Mike James (71 million), along with two of the great sensations of the season, Alpha Diallo (20 million) and Donta Hall (22 million). However, to follow our advice you should keep in mind that Monaco could arrive on Friday with nothing to play for.

To move up, they need to win their game expecting that Anadolu Efes lose their two remainings. Therefore, we don’t think it will be easy for them to climb up the standings. Of course, we think they will want to close the regular season playing as well as they have been doing in recent weeks. If they beat ALBA Berlin, they would go into the playoffs having won their last five games and in the best shape possible.

Below, you can see Eurohoops’ Fantasy team for the 34th round: 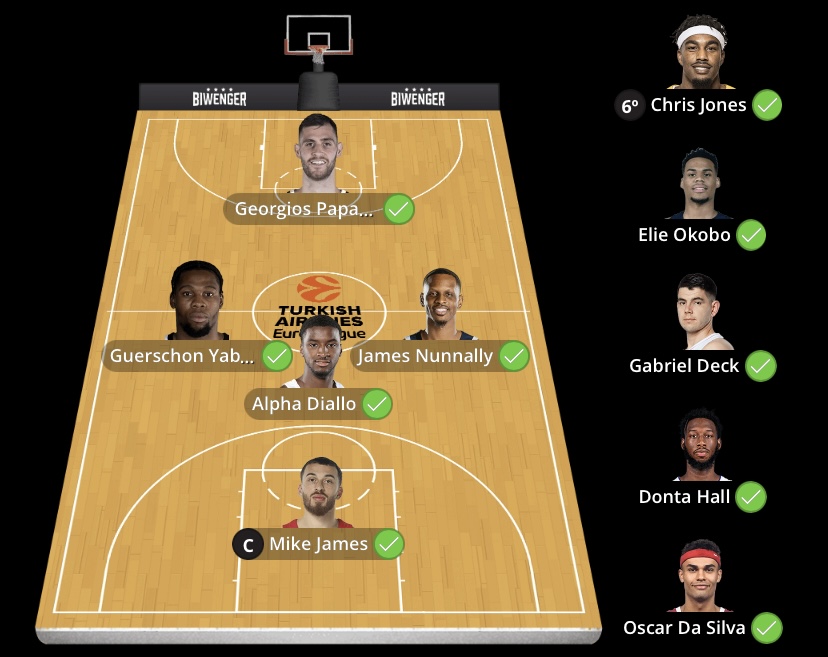