The seven players plus Match TV host Nikita Zagday were divided into two groups.. Top two from each group will advance to the playoffs that will ultimately crown the champion. 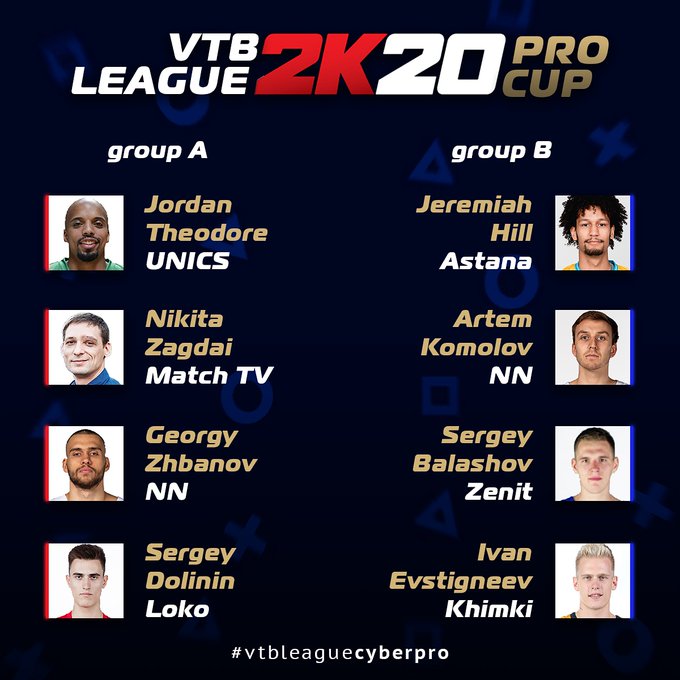 The Pro Cup will tip-off on Wednesday. All games will be streamed on VTB United League’s official VK page.

A couple of weeks ago, VTB opted to cancel the remainder of the 2019-20 season, in response to the coronavirus pandemic. Virtual action is the answer for the participants missing live basketball.