The 2020 Spanish League champion will emerge from a unique tournament.

The Spanish ACB League is planning to conclude the season with a tournament of 12 teams in a single venue. The 18 ACB teams reached an agreement to finish 2019-2020 in this way during an assembly that took place Monday (20/4).

ACB officially announced the agreement. The final decision on whether the tournament will be held will be taken no later than May 31, depending on the health measures in the country. The season must finish the latest on July 31st.

The plan is to have the top 12 teams in the standings (Barcelona, Real Madrid, Zaragoza, Tenerife, Bilbao, Andorra, Unicaja Malaga, Valencia, San Pablo Burgos, Baskonia, Gran Canaria and Obradoiro) divided into two groups of six. The top two teams in each group will advance in the semifinals and the winners will play in the final.

After Gran Canaria, Andorra also submitted its candidacy to host the tournament.

The clubs also agreed that there will be no relegations, which means that currently bottom-placed Fuenlabrada and Estudiantes will keep their ACB spot in 2020-2021. It has yet to be decided if there will be any promotions from the second division (LEB Oro) to the first. If that happens, ACB will feature 20 teams next season.

The ACB was initially shut down until April 24 and then a decision was taken for its indefinite suspension on April 2.

There will be a total number of 33 games played in two weeks. A preparation period of three weeks minimum is also set. 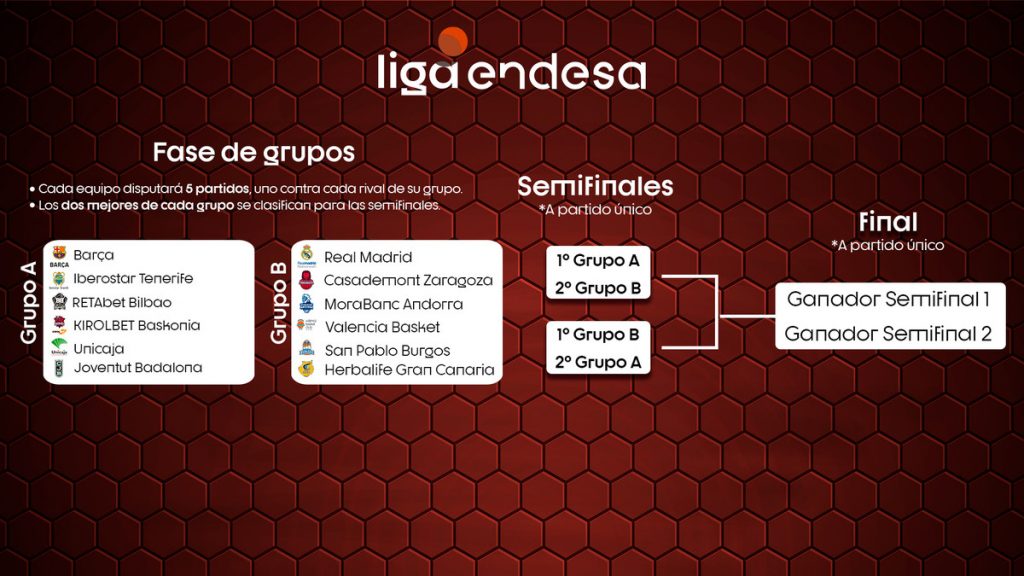