Draymond Green went NSFW when he commented the news.

“The terrible side of this business is that none of these ‘handlers’ will show this to a kid and discuss how great of a move this is by Nico,” Green wrote on an Instagram story about Mannion going to Virtus.

He added: “Quite frankly because these kids listen to people that ain’t done sh—t and don’t know sh–t!” Apparently, Green really approves of the move. 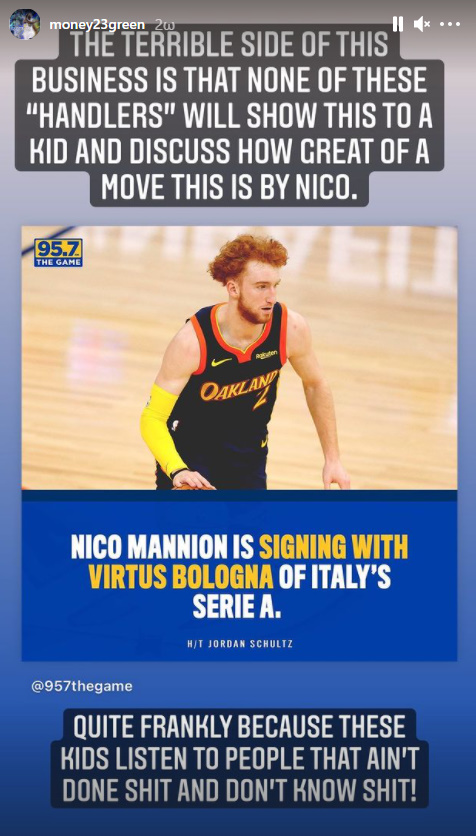 The immediate benefits for Nico Mannion are quite obvious as well as the potential ones. He will receive a substantial salary (a lot more than the money he could find right now in the NBA) and receive a lot of playing time since he’s projected to be a key member on Virtus’ rotation while the overall experience can really improve in the competitive environments of EuroCup and the Italian League.

Mannion’s agent Bill Duffy commented that it’s a “tremendous opportunity” and that the player’s “full intention” is to return to the NBA. The 20-year-old guard signed a two-year deal which includes an NBA out for 2022.