The number of team performances reaching the 100-point mark in games has been increasing recently and this year, 13 teams did it which is the highest in the last 15 years.

There is a reason why fans chant for their teams to surpass the 100-point mark in games. First, it’s proof that they have been witness to a great offensive performance. And second, it’s a rare occurrence – or, at least, it used to be.

In the first full season of the last decade, 2010-11, a total of three teams reached 100 points one time each in that entire 189-game season.

This season, by contrast, Turkish Airlines EuroLeague fans are enjoying more 100-point performances than ever before.

A higher percentage of teams than ever before has crossed the century mark this season and the absolute record for 100-point performances is more than likely to fall – and soon.

Already this season, teams have reached or passed 100 points a total of 31 times. That’s just two short of the record with about two-thirds of the season complete so far (216 games of a possible 335).

What is clear is that fans are more likely to see 100-point performances than ever before. 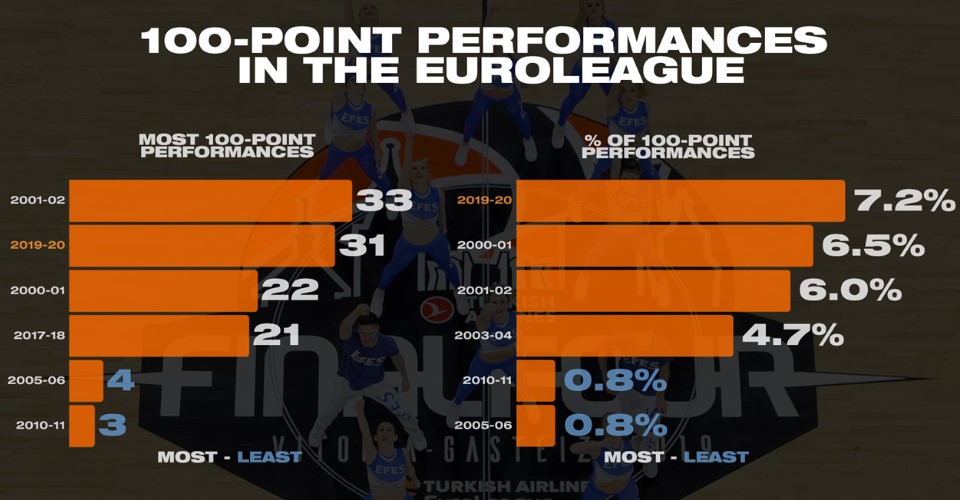 At the same time, a record percentage of teams have already participated in the surplus of 100-point performances this season.

A total of 13 out of the 18 teams in the EuroLeague have topped the century mark this season. That’s the highest total in more than 15 years, but of course, for most of those years, 24 teams played in the EuroLeague.

The absolute record for different teams scoring 100 points was 20 back in the 2001-02 season, when the EuroLeague had 32 teams. But this season, the highest percentage ever of participating teams reaching 100 points has already been reached. 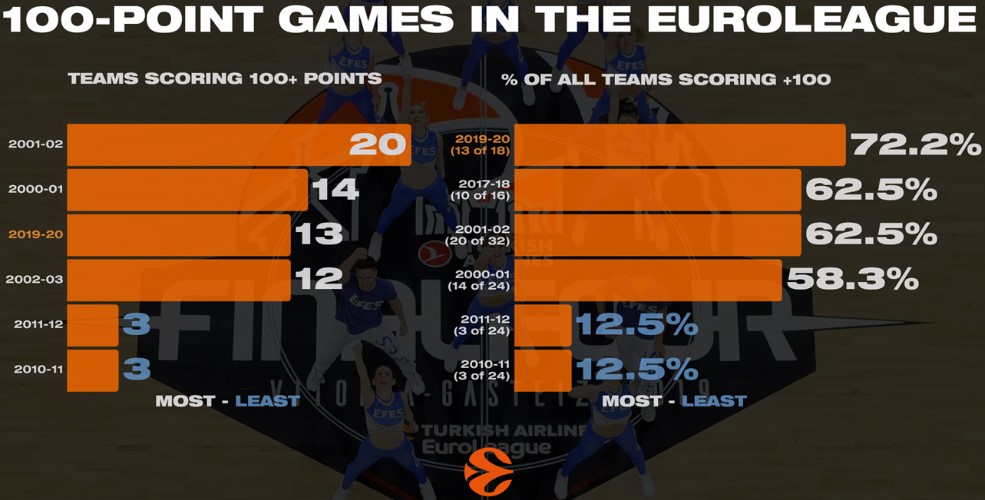 The absolute record for one team’s 100-point performances is six games. That record was set by Baskonia Vitoria-Gasteiz (then Tau Ceramica) in the 2008-09 season, out of a total of 21 games that team played. CSKA Moscow‘s 2015-16 team tied that record of six in 29 games played. This season, Anadolu Efes Istanbul is up to five 100-point games through the first 24 rounds. The legendary 2004-05 Maccabi Tel Aviv team also had five 100-point games on its way to repeating as EuroLeague champion that season, when it also set the record for average scoring with 92.0 points per game. This season’s top-scoring team, Panathinaikos OPAP Athens with 89.0 points per game, has four 100-point performances so far. 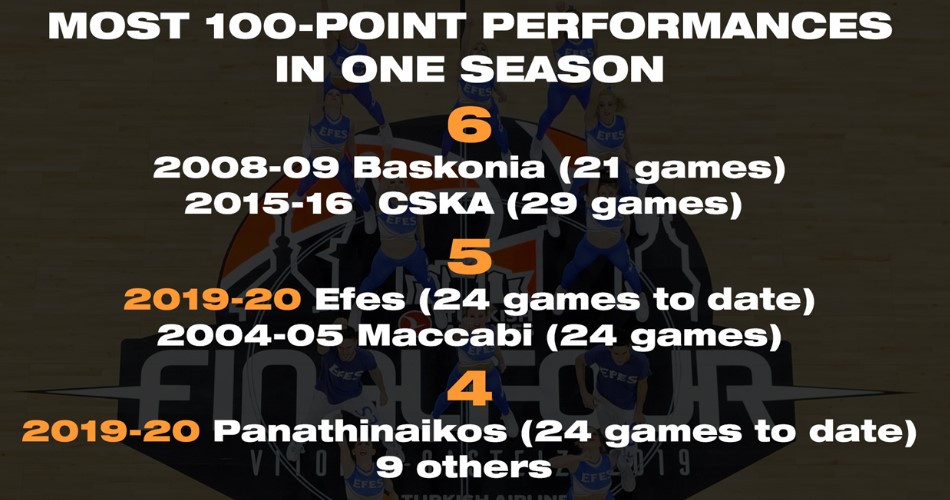