Moving into the Turkish Airlines EuroLeague double-game week featuring Regular Season Round 9 and Round 10 contests Tuesday through Friday, we stay put on Panathinaikos OPAP and add Shelvin Mack to our EuroLeague Fantasy squad without deliberating. Going with Georgios Papagiannis last week proved fruitful and upped his value from 1.33 to 1.50.

Nemanja Nedovic possibly returning may limit Mack’s space to operate. We would really like showings similar to his 18 points behind 5/8 field goals and 5/6 free throws last week. He earned 15 PIR, which would be higher if he produced assists or rebounds. This for a player available at 0.90 units. A low-price, low-risk addition.

An important note for the constantly tricky double-game weeks. Fantasy players must be extremely diligent regarding potential mid-week adjustments to their squads. Changes must be done on Wednesday or Thursday, prior to the second half of the action.

Olympiacos excluded from this week’s schedule must push its players out of Fantasy squads, at least for the moment. The coronavirus cases forcing the Greek outlet to the sidelines also withdraws FC Barcelona from the top end of the double-game week, so removing usual Fantasy picks the likes of Nikola Mirotic and Nick Calathes comes with a risk but may pay off. Our advice is to rely on active players for the first half of the week and afterward reinsert them, but ultimately the choice is yours. 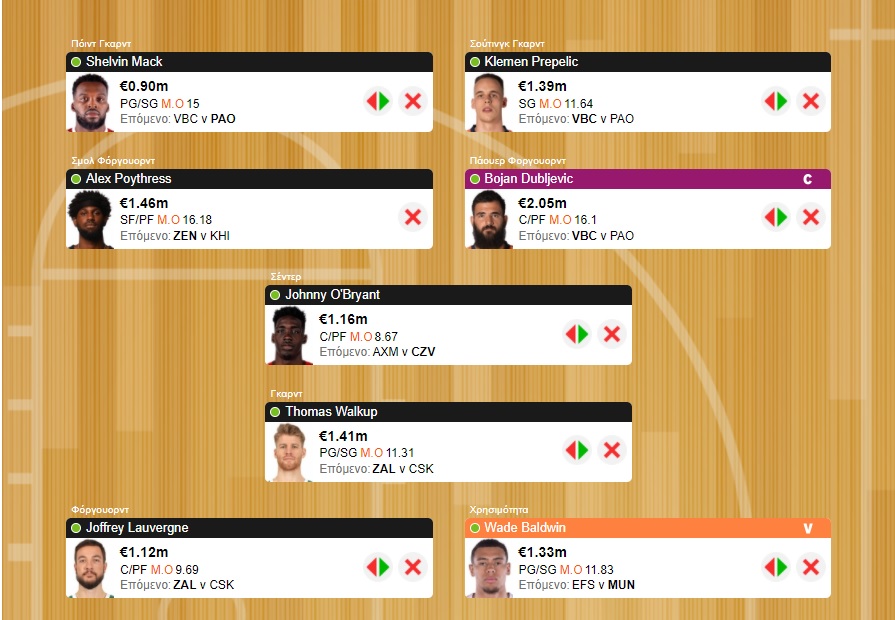 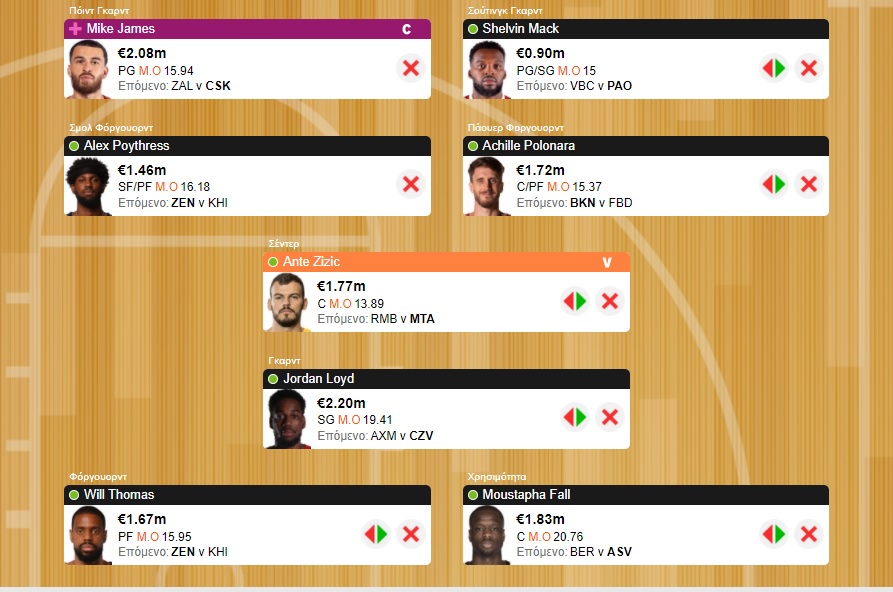