EuroLeague having its most competitive season yet

During a global pandemic, the playing field in the EuroLeague proves to be higher and more competitive than ever

Turning a crisis into an opportunity is the ideal scenario and so far the Turkish Airlines EuroLeague is delivering the most competitive season ever in the 21-years of the competition’s modern era.

The 2020-21 season is special by any possible measure, however, the competition level during the COVID era is simply thriving. There’s a tone of challenges for clubs and players, there are health and safety protocols that have to be followed, but the end result is simply impressive.

While in most cases the fans can’t yet return to the stands and give their own boost to the action, they can rejoice. Numbers prove beyond any doubt that in the fifth season of the round-robin format there’s more parity in the league than ever.

With 211 games on the books already, compared to the last four seasons after 24 rounds, this one is offering more balance between home and away victories, better shooting accuracy across the board, closer games, more overtimes, and a tighter race for the playoffs in the standings.

A close race from top to bottom

Details will decide the final regular-season standings and a good or bad week of double action may turn things upside down for anyone.

Current leader FC Barcelona, with a 17-7 record, has only 14.31% more victories than the ninth-ranked team, which would be the first to miss the playoffs. That’s a first. At this point of the season, in the four previous seasons, the difference in wins was 42%, 38%, 33%, and 25%, respectively.

And even by raw numbers, this is obvious. Before Barcelona, no regular-season leader through 24 rounds under the current format had lost as many as seven games. The only first-place team to finish with as many as seven defeats at the end of a recent regular season was Real Madrid in 2016-17, after 30 games.

The percentage of victories by the season leader as compared to the rest of participating teams also shows a clear trend this season of closer proximity and thus more competitiveness among all teams. 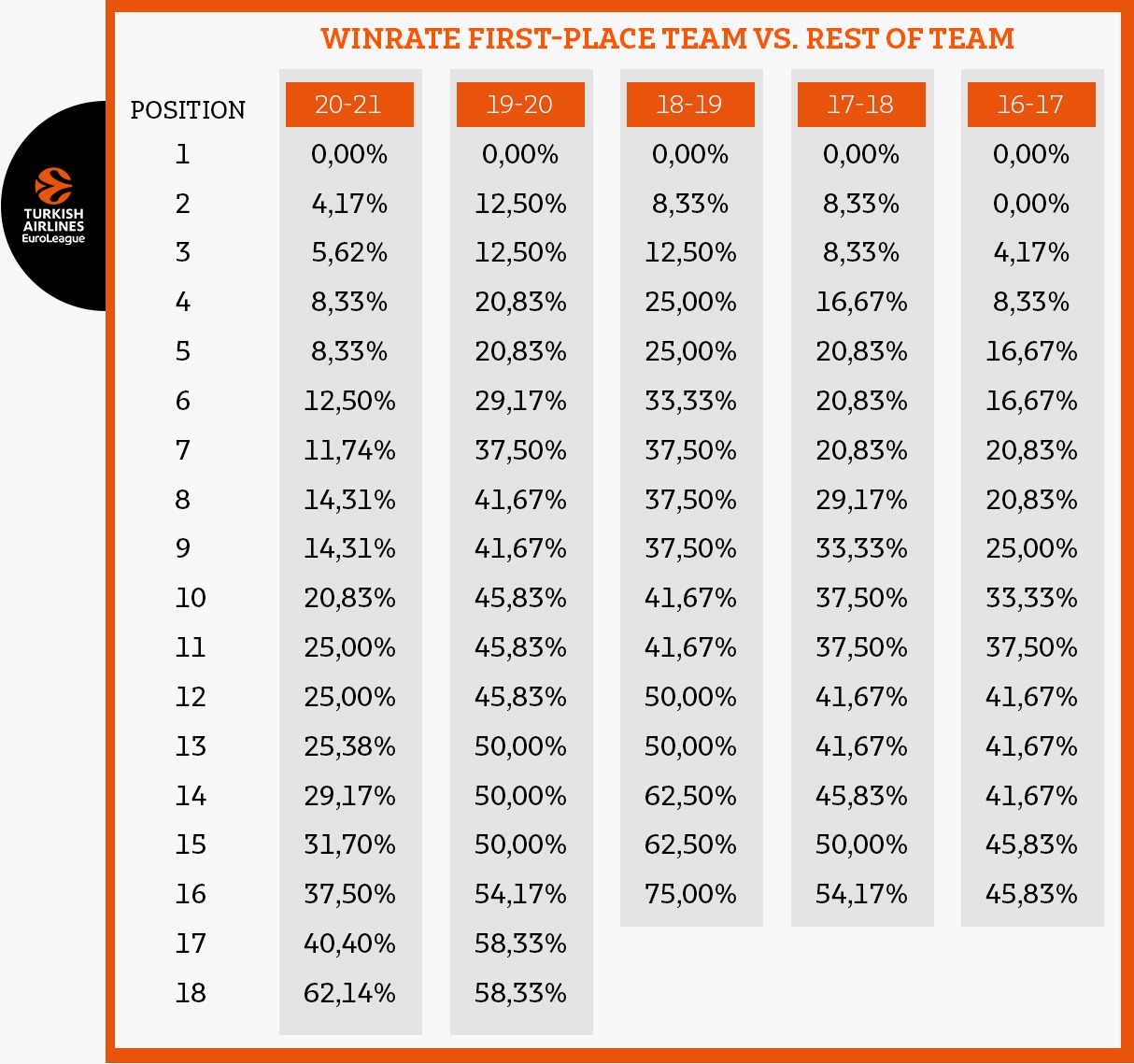 The energy that the home crowd can provide to wins wasn’t measured until this season when games have to be held on empty gyms. This year, without fans present on the stands, home and away victories are almost balanced thanks to a 9.24% increase in road wins during the current season, showing the importance of fan support.

Meanwhile, shooting accuracy has also been positively impacted during the current season with the highest free-throw and three-point accuracy under the current format and second-best accuracy for two-pointers.

With this kind of performance, the current season is also bringing closer games than ever before, with 22.7% of all games decided by a single basket (3 points or less), 33.6% by 5 points or less, and 61.1% by 10 points or less.

And the icing on the cake is 75 minutes of basketball so far! Overtimes are not unusual at all this season, with 7.1% of all games decided in extra time, a new all-time record. 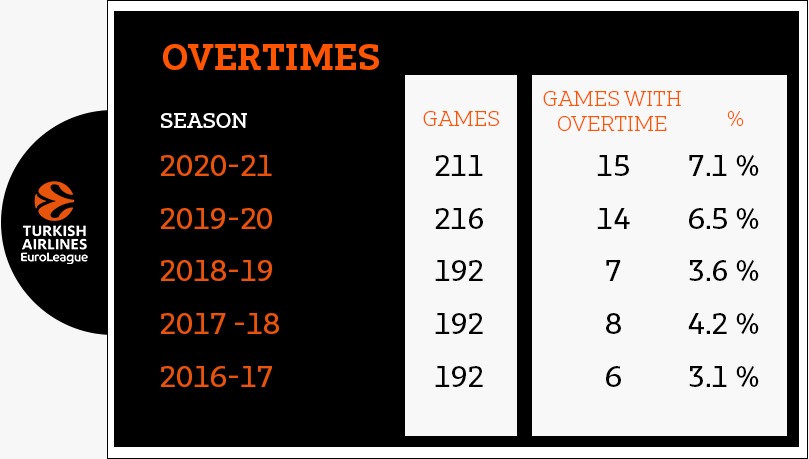