Nick Calathes: “I will grow an afro just from the sides if we win the EuroLeague”

If you needed one more reason to root for Barcelona, Nick Calathes got you covered

While most Barcelona players are Final Four rookies, Nick Calathes is one of the few who have been there and done that. And in his case “done that” means winning the EuroLeague title back in 2011 in the last Final Four which was held in Barcelona.

For many years after that, Calathes tried to get back to the throne, as the de facto leader of Panathinaikos. He didn’t make it. However, after joining Barcelona with his former teammate Sarunas Jasikevicius as the head coach, Nick Calathes has the golden chance to get his second EuroLeague title and to do it a decade after his previous success.

That’s pretty much the story of the club, with Barcelona having won the EuroLeague back in 2010 and missing the Final Four for seven straight seasons after 2014. So getting back to the top four teams of Europe is not a small feat, but as Calathes explained to Eurohoops there’s much more to do, including a chance for some really epic sideburns.

Eurohoops: What do you think of how the current shape of the team is at the moment? And how are you feeling?

Nick Calathes: I think we are good. I think we had some good games in ACB, but now it’s just getting our bodies right, getting the mind right, and really start getting to work focusing on the Final Four and the games coming up in ACB. And I feel good, my body feels good. We are all healthy as a team.

EH: You had a lot of time off these couple of weeks, did you do something different?

NC: Just hanging out, relaxing. Not anything different, trying to stay locked in.

EH: It’s been seven years since FC Barcelona made it to the Final Four and you qualified as the top-seeded team. Do you feel more pressure?

NC: Not at all. I think anyone who has been to a Final Four knows it is one game, anybody can beat anybody. Obviously, it is a great accomplishment to get the number one seed but now it’s a whole different tournament.

EH: Nobody expected the playoff against Zenit to be easy, but maybe it was harder than expected. Do you think that this is something positive because you had a chance to compete under pressure?

NC: I think it was definitely positive. Obviously, I think the outside didn’t think that Zenit was capable of beating us but on the court, they came ready to play, they came with a great mindset, and we kind of got caught off guard a little bit. It made us really grind and dig, and as you said, it could help us at the Final Four for sure to go down in a game like this down to the wire and be able to come through.

EH: Three quarterfinal series made it to Game 5 but eventually it was the top four teams who qualified for the Final Four. Are you happy with the other teams that qualified? Would you rather have other teams in Cologne?

NC: For me, this season in Euroleague has been the most competitive I have been competing against. I think it was great for Euroleague basketball to have three Game 5, you had never seen that, anyone obviously could have won that series. The teams that got in deserved it and here we are.

EH: Even though it is such a European powerhouse, FC Barcelona has only won two Euroleague titles. Winning this one would also make you the first Greek player to win it, how do you feel about that?

NC: Feels great, hopefully, we can win it. As I said, it’s two games and anything can happen and hopefully, we will be prepared and ready to play our best basketball. We have a difficult team in Milano but I think it would be a great accomplishment.

EH: You missed the chance to go to a Final Four as Panathinaikos captain. How do you feel returning to the big stage?

NC: It feels great, it’s been too long. Like you said, with Panathinaikos we had some tough playoff series against some very good teams. I thought we could have got to one of those Final Fours. If you look at the competition that we played, I think three out of four ended up winning it. There were ups and downs but I’m happy to be back on the big stage, in the Final Four with these guys.

EH: How much of Zeljko Obradovic do you see in Sarunas Jasikevicius?

NC: A lot. The style, the style of play, where do you need to be on the court, the screaming… (Laughs) I see a lot, you can tell that he really looked up to coach Obradovic, he made him his protegée, he tried to learn a lot from the coach. You can see it on the court. 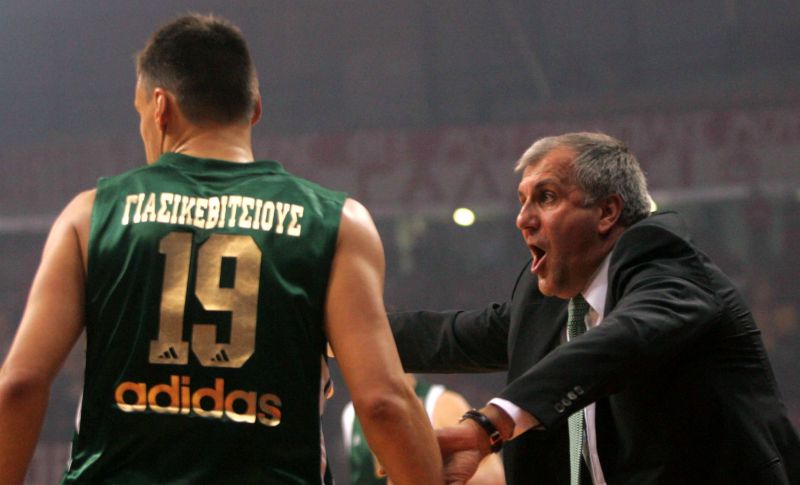 NC: Just enjoy, enjoy the moment. Come ready to go and ready to play, you never know how many Final Fours you can get to. Leave it all on the court and try to win it.

EH: Let’s go back to the Final Four. You will be facing Olimpia Milano in the semifinal, what are your thoughts on the Italian team?

NC: They are very good, they have a lot of veteran players. Their guards are very good: Malcolm, Sergio, Kevin, Shields… They have got a lot of guys who can make a lot of shots. For us is to be able to make it difficult for them, for their creators to get open shots. Obviously, they have big guys as well, Kyle, who has proven himself, Gigi… They have a lot of guys, it’s gonna be a difficult game. There is a reason they made it to Final Four so we need to be focused on our game plan and we will see.

EH: You will have to win first against Olimpia Milano but do you have any preferred team to play against in the final?

NC: Both CSKA and Efes would be difficult games so there is none I would rather play.

NC: Do you have something in mind, something crazy that you are willing to do if Barça wins the title?

EH: I will grow an afro just from the sides. That would be different.