After eight year sin the NBA, Kenneth Faried will be making his EuroLeague debut with CSKA Moscow.

Veteran NBA big man Kenneth Faried may not be in the league anymore but still feels that he joined a team that’s quite similar to his old surroundings.

“I’m happy to be a part of an NBA-level club in the EuroLeague and such a significant organization as CSKA Moscow,” Faried said per CSKA. “I’m glad that I can make my contribution, help to achieve many goals together and grateful that I got the opportunity to play.”

We’re not sure if Faried watched the most recent EuroLeague game of CSKA to witness his new squad putting on a show that would remind him of some sizzling NBA material. The Army Men defeated reigning EuroLeague champion Anadolu Efes 100 – 96 on the road, pouring 79 points in the first 30 minutes.

Such impressive performances are closer to the norm than a surprise for CSKA since they have been one of the most prolific offensive teams in EuroLeague over the last six years, except from the unfinished 2019-2020 season. They were ranked first in scoring average from 2015 through 2018 while being second in 2019 and 2021.

While speaking highly of Faried’s motivation, CSKA coach Dimitris Itoudis mentioned that his new player was on the team’s radar last year as well.  The two sides didn’t join forces back then but became a pair now after a knee injury sidelined starting center Nikola Milutinov.

Faried signed a contract for two months with an option for the rest of 2021-22. He will compete in EuroLeague for the first time in his career and he will do that as a player of a club that begins every season from a “championship or bust” position.

Interestingly enough, Faried had some sort of previous experience with the EuroLeague, albeit not a playing one. He was a guest of the organization during the 2015 Final Four that was held in Madrid, participating in fanzone events. 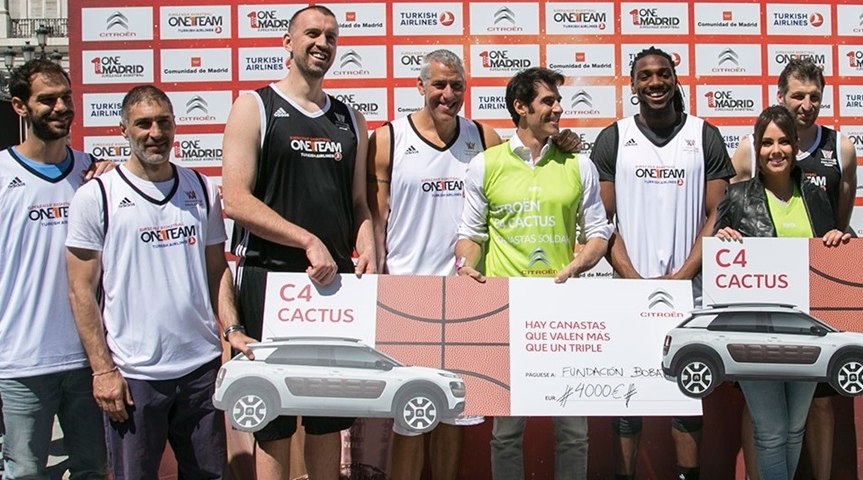 The guy who stands at Faried’s left is CSKA legend Theo Papaloukas by the way, a former season and Final Four MVP with the club.