Carrying brilliant form from previous showings at the club and international level, Dzanan Musa is ready for the next challenge.

Musa, 23, sat down with Eurohoops to discuss joining Real Madrid, recovering from injury last season, jumping to the NBA at a young age, and finally forming “The Splash Brates” with Mario Hezonja.

Scroll down to read his interview.

EH: MVP of the ACB League, signing for Real Madrid, huge EuroBasket with Bosnia-Herzegovina. Are you in the best moment of your career?

D.M.: Until now, I’ll say so. I have the most confidence that I had in my life. I trust my game, I trust that I can help the team win, that’s the most important thing right now. As you said, from the EuroBasket and from the whole last season, I’m getting into this season with a lot of confidence. I think I’m in the best moment of my career.

EH: You also went through a difficult time this year with your serious throat injury. How were you mentally able to overcome it so quickly to get back to play before the end of the season?

D.M.: I was just thinking about coming back in the season. Because I was injured around the 15th of April and the end of the season was one month later. I was thinking “I don’t wanna go out like this” because I kinda knew that was my MVP season. So I said to myself people deserved to see me one more time with the jersey and play there. I would do whatever it takes to come back and try to play that last game. And the doctors even said: “We can clear you but after the 15th of May”. So I came back to practice nine or ten days before and I said to myself that I had to play this game. And the funny thing, when I came into the game, everybody was like “Are you scared of getting injured again?”, so I told the coach to play me the whole game and I would go as hard as I can to the basket [laughs]. No matter what happened, I wanted to show myself and everybody else that I can still play on that level even after the injury. So it helped me a lot to boost my confidence. What happened with EuroBasket, we already know.

EH: I don’t know if I understood you quite well. Did you see yourself as the MVP before the end of the season?

D.M.: I did. To be honest, I did. On the team that came directly from the second division… I felt like I deserved it. With all the struggles we have been through, we changed the coach, it’s a small city. Everything plans out the right way for me. It was a really big season so I felt I deserved that.

EH: Last year we were shocked when you decided to play for a newly-promoted team. Is signing for Real Madrid like a reward for your patience?

D.M.: Exactly. I have goosebumps right now [and shows his arm]. Real Madrid is one of the biggest teams in the world, even NBA teams included. Real Madrid is Real Madrid and to represent this logo right here on my chest, it’s a special feeling. I feel it is a reward for my patience and for everything. Because I didn’t go to Breogan because of the money or whatever. I went there to help the team of course to win, which is the most important thing in every way. If I scored 20 points and my team didn’t win, nobody would talk about me. You have to win games to be recognized. I thank all my teammates who helped me a lot during the last season. As you said, it is a reward for patience, for sure. 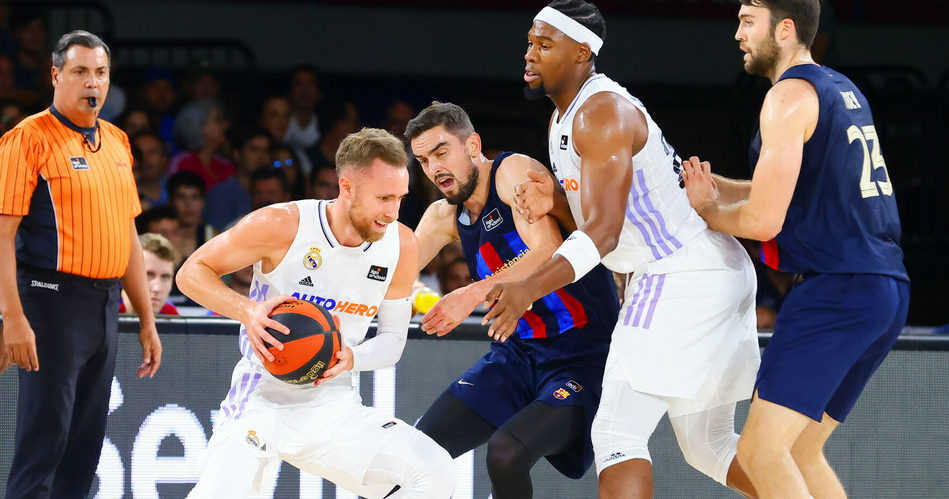 EH: How have you changed since you left Europe for the NBA when you were 19?

EH: Do you think that if you had waited a little longer and developed more as a player in Europe, would it have been different?

D.M.: [Laughs] Yeah, you can discuss that for sure but…

EH: We will never know!

D.M.: Yeah, we will never know! Even in my life, I don’t dwell on the past. Past is past so I’m only focused on Real Madrid. We can discuss if I should have gone… but when you have the chance to go to the NBA and everybody says you will be a first-round pick. You never know what’s gonna happen next year, only that year. I went there, and whatever happened happened. I could have gotten more opportunities because the whole first season I was in G-League. In the second season, I played about 70% of the games but even those were not in my personal position. I was a 3&D guy, standing in the corner and playing defense and that’s not my game, to be honest. I had to adjust and I didn’t. I don’t like to blame others for my success or not success. Maybe things could have gone differently but I’m happy that I’m here right now.

EH: I must admit that despite being the MVP of the ACB last season, you wouldn’t have such an important offensive role this early. What has Chus Mateo asked you?

D.M.: To be honest, neither did I [laughs]. Neither did I when I came. It is a big team, you never know what to expect. Especially when you come into this kind of huge club, you can’t predict what’s gonna happen. Even when you come to a small club, you never know if the coach will like you or something. But from the first day, we had the preseason game against Unicaja where I had 30 points and the coach said to me “keep doing your thing”. I trusted him and I felt the love from him like he was my big brother or father. It’s something that I only felt with Paco Olmos when he was coaching Breogan. I had a similar relationship with him and when I came here I didn’t know I could expect that. Chus is an unbelievable guy, off and on the court. He told me just to play my game, trust myself, trust my teammates, and facilitate the ball. Of course, sometimes he yells at me but it’s only for my good. I’m happy that I have him as my coach and I hope it stays that way for the long term.

EH: What do you feel you need to do to say “I have succeeded at Real Madrid”?

D.M.: Win everything. When you come to Real Madrid, you have to know this is a winning culture club. The only way to success here is to win games and win titles. When you see all around yourself -practice facilities, the gym you play in, fans-, they expect us to win. That’s my way to see success here, to win everything. 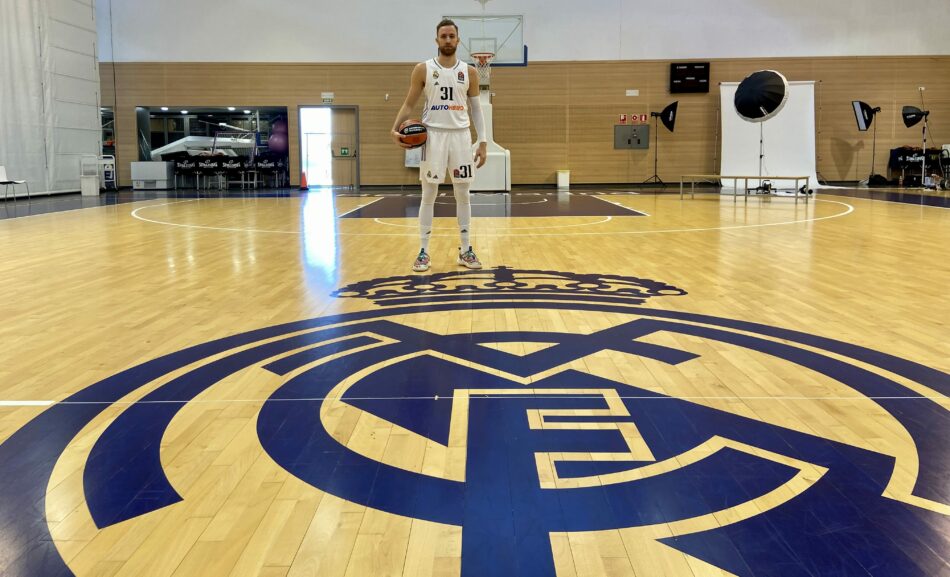 EH: You have said many times that you are a close friend of Luka Doncic. Has he given you any advice about Madrid?

D.M.: We talked about it even before, when I was in Cedevita and when we had a rookie transition program in New Jersey. When I was in EuroLeague, in Cedevita, I was looking at him in Real Madrid and I was surprised about how young he was and the way he was playing in such a big club. When I came here I realized that Real Madrid works a lot with their prospects, they give them opportunities. He told me a lot of things about Madrid, the club is great and stuff, and some things that I can not say… but it’s all positive things.

EH: After your previous experience in the competition, do you really want to prove yourself in EuroLeague?

D.M.: Of course, every player needs to prove himself over and over again. Many say that you are good as your last game. Every day is proving yourself, especially here in a winning culture. Sometimes you won’t be the best, sometimes you will be the best but when you have 12 guys who are so talented here, it’s all about winning. But even individually, you wanna prove to yourself that you can play at the highest level.

EH: What I mean is given your talent, what didn’t work in Efes?

D.M.: I think that’s a question to coach Ataman. I worked on everything as I did here. I came from the NBA and I played 8 or 9 minutes in the whole EuroLeague season. It’s not clear to me either, what happened. But I respect that and Efes won two consecutive championships so I congratulate him on that. I can’t say anything because I didn’t play and they won. I wish them all the best, it didn’t work for me and them but they are a great organization.

EH: Do you think some of those who doubted you are now regretting it?

D.M.: You have to ask them that. I’m now very happy here. I haven’t been this happy for… I was talking to my family about that a few days ago and maybe for the first time in my career, since I joined Breogan I’m waking up happy. Excited to go to work, excited to be in the games and win games. I’m just happy to be here. All the guys who didn’t believe in me before, that’s on them. I’m happy right and I hope it stays that way.

EH: Last one. I’ve seen that you get along very well with Mario Hezonja and on Twitter, they are already starting to call you “The Splash Brates”.

D.M.: That’s not bad [laughs]. You have to ask him, he likes “Los Brates” but “Splash Brates” is not bad either.