After eight successful years in Fenerbahce, the Czech center Jan Vesely is ready for a new challenge in his career with FC Barcelona

Even though it was preseason and it was played in Seville, Vesely went through his first Clasico, a game that will be played many times this season but it’s always different from the others. “Just the atmosphere you felt, even from the locker room, from the people around and the fans,” he told Eurohoops during the preseason Media Day hosted by Barcelona, “It’s a special game, the feeling is there”.

He is not a stranger to basketball atmospheres. After eight years, the Czech international left Fenerbahce, something that wasn’t easy. “It was for sure one of the hardest decisions I had to make. I wanted to try something new, get new energy and get out of my comfort zone. I was very happy in Fenerbahce and Istanbul, it was my second home, and every summer I was looking forward to going home, to Istanbul. But I think that for my career, I wanted to try something new and fight for more Euroleague titles,” he explained.

Vesely was one of the first stars to sign for the Turkish team, not many years ago deciding to strongly invest in its basketball division, a process that involved the supporters and made a lasting memory for him. “I will remember all the games, how we played and the atmosphere that the fans made and the whole process of the fans learning basketball,” he said, “The first two years, the fans weren’t so much into basketball and they didn’t cheer. Serbia and Greece, it’s different there because they are basketball countries, they know when to boo the opposite team and pressure the referees. For the first two years, the fans learned to understand basketball and I experienced this process. After that the atmosphere was crazy, they knew everything and it was great to see how they learned basketball, that’s one thing I will remember for sure”.

Barcelona is something new but he has will play alongside a familiar teammate. Satoransky also signed with Barca and having him as a teammate played a huge factor in his decision. “I was the first one to start negotiations with Barcelona but after I found out that there was a possibility for him to come, it became easier for me and also for him,” said Vesely, “The connection we have after many years on the national team is unbelievable. I can look at his face and understand what he is thinking and what he wants to do in the offense. To have him here is a great thing”. 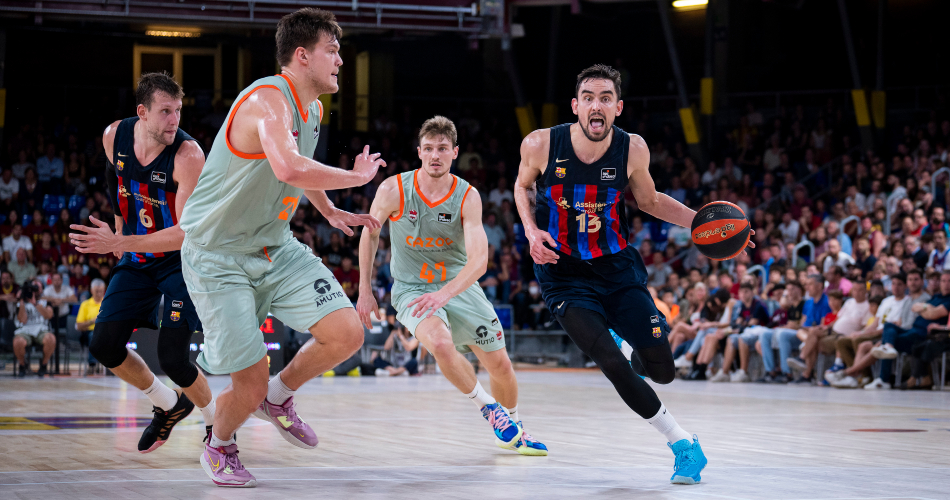 They both will be coached by Jasikevicius. Despite playing against him back when he was at Partizan, Vesely mainly views him as a top Euroleague coach. “Honestly, I don’t remember anything from when I played against him but I know he was a great player, a great point guard. I know how hard is to be a point guard under [Zeljko] Obradovic. He wants to have very smart point guards and he was a very smart player,” he used his experience with the Serbian expert, “As a coach, he is showing the same thing that he showed as a player, his basketball IQ is on another level”.

At this point, the question was more than obvious. do you find any similarities with Obradovic? “I do, that’s also one of the reasons I came,” he answered, “I had a special and great relationship with him, on and off the court. We had some arguments but it was always for the benefit of the team and Saras is the same type, he wants to win, control every detail, very perfectionist”.

Once again, Barca is one of the main contenders for the Euroleague. After many years, Barça has managed to reach the Final Four twice in a row. Despite not winning the title on either of those occasions, Vesely does not overlook the challenges of making it that far in the competition. “Quoting my good friend Sloukas, it’s not easy. People say we have to get to the Final Four every year but it’s not easy to get there. You have to play more than 30 games, and in the Playoffs again it’s not easy because there is no easy game. Maybe a good team struggles early in the season and in the end missed the home-court advantage but eliminates the higher seed and reaches the Final Four,” he suggested, “It’s not easy to be there and it’s a tournament, one game and you are out. This is more about focus and details, the Final Four tournament is about 80 minutes focused and there is nothing else”.

The opening week of the new EuroLeague season features Barca at home against Olympiacos Friday.