Nigel Williams-Goss: You can’t play at this level if you don’t have the confidence to be in it

Nigel Williams-Goss discussed his role as a floor general with Olympiacos, his team’s winning streak and the hard work he’s been putting. Often in extra hours.

Olympiacos guard Nigel Williams-Goss is certainly pleased with how his team has been performing these last two weeks in EuroLeague.

Following a loss to Zalgiris Kaunas, Olympiacos beat then-fourth-placed team Anadolu Efes and completed the double-round week with a pair of wins: One over Barcelona on the road, and then a rout over Gran Canaria in Piraeus.

“It’s all about building good habits. Consistency.” Williams-Goss told Eurohoops. “We knew that the first part of our schedule was the toughest. And we knew that if we are in an at least “OK spot” after that first part, we knew that the second part of this schedule would get more in our favor. It’s about taking care of business now and the short-term goal is finishing the first half of the season with a 10-5 record.”

It wasn’t just the victories themselves though but the diversity with which Olympiacos performed and how David Blatt’s squad adjusted against these two teams by implementing two completely different brands of basketball to win these matches.

Against Barcelona, the “Reds” had quite possibly their top defensive outing this season to force their opponents into scoring a season-low 60 points and finishing the game with a historic franchise-low 43 in PIR.

Olympiacos flipped the switch the other way vs. Gran Canaria, going all guns blazing for 78 points after the first quarter and 98 overall plus a EuroLeague franchise-record of 29 assists en route to dominating their opponents.

“I feel that one quality of us is that we can play at a slower pace and defend, like we did vs. Barcelona, but we can also score a lot as we did with Real Madrid and Gran Canaria,” Williams-Goss said to Eurohoops. “There are a lot of good teams in EuroLeague. Each team has its own strengths and we can adapt to them.  I feel we are a pretty complete team and we are trying to get better each day.”

Williams-Goss averaged 10.5 points, 5.0 assists, 2.5 rebounds, and 1.0 steals over 27 minutes in these last two matches. David Blatt kept him on the floor for a team-high 33 minutes vs. Barcelona during which the American guard was a +10 for his squad. The 24-year-old player also had a key six-minute stretch that spanned over the third and fourth period when he scored five points and dished out three assists to help his team assume and retain control with a double-digit lead. 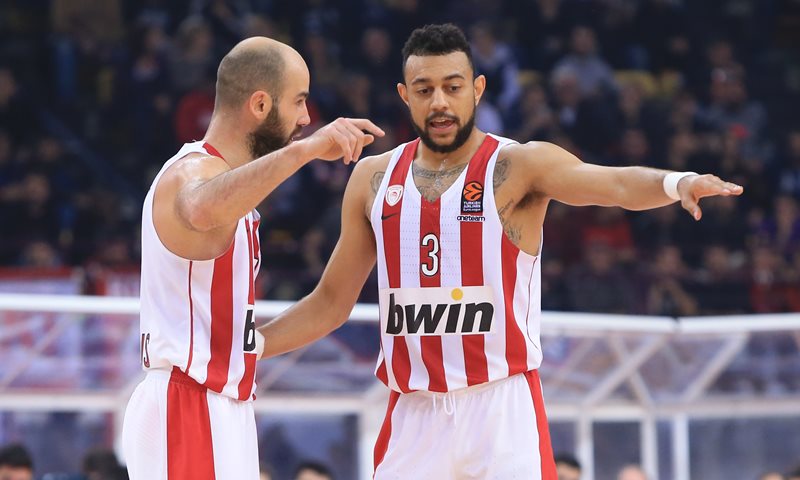