EuroLeague Fantasy: All in with Calathes and Spanoulis

The first leg of the EuroLeague regular season is completed in a festive mood but also with a lot of action.

For yet another week EuroLeague Fantasy will examine the best possible options to create a lineup that will give them the highest possible roster.

There are some great games in Round 15 and Eurohoops presents its suggestions in order to continue on our upward course.

The first and most important change has to do with the center position where Anthony Randolph will be replaced by Bryant Dunston. Real is tested in the “hot” arena of Fenerbahce Beko and Randolph s expected to have a very difficult job against the powerful frontline of the Turkish team.

Meanwhile, Scottie Wilbekin will give his place to Thomas Heurtel. We expect that the French guard will put on a very good performance with scoring and assists.

The third and most interesting move has to do with Nando De Colo. Panathinaikos will give its everything in the game against CSKA Moscow and the pressure on CSKA‘s leader will be Immense. This is why we decided to replace him with Olympiacos guard Vassilis Spanoulis who comes from an excellent, MVP performance against Gran Canaria.

The consistently good Zalgiris Kaunas center Brandon Davies will be our captain. The Lithuanian team is playing against Gran Canaria.

The team of the previous Round 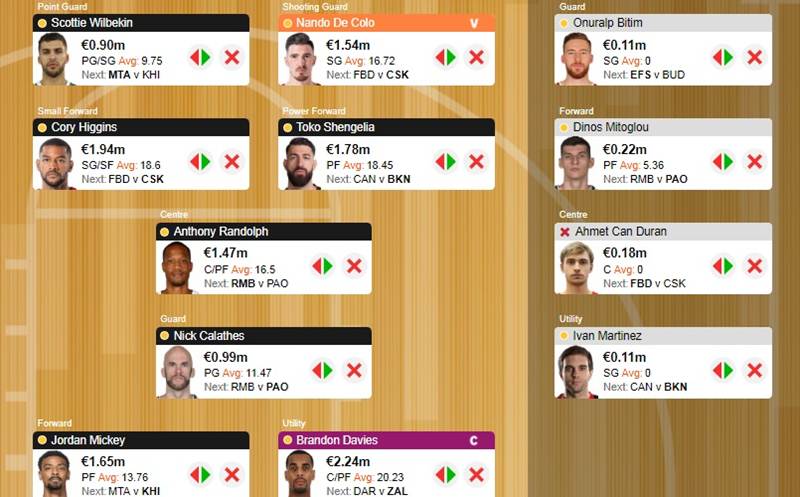 The team following the changes 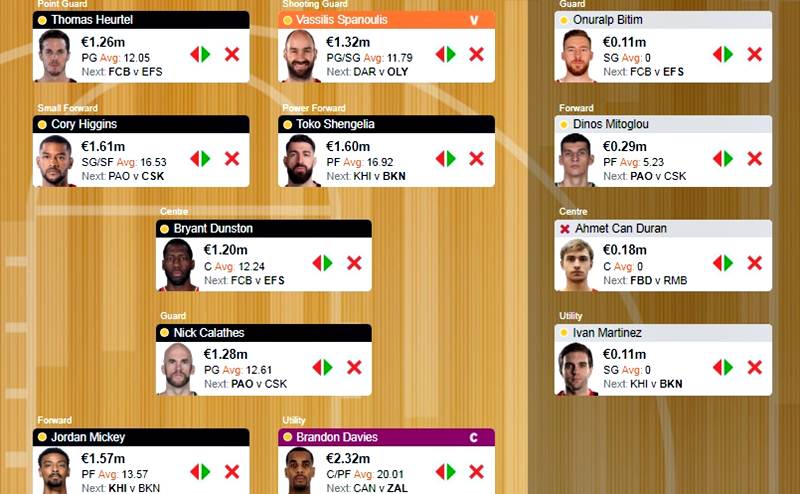