The EuroLeague experts tried to predict which playoff series will go down to the wire and who will come out victorious.

Among other things they were also asked which series is most likely to reach five games and which team will win it. Here is what they had to say: 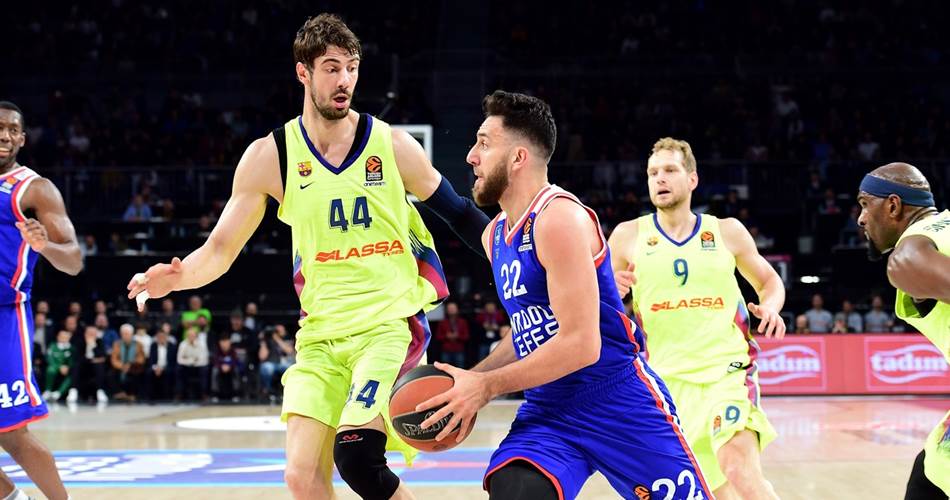 “I believe that Real Madrid and Panathinaikos will return to Madrid to play the fifth game. I don’t discount the possibility of a fifth game between CSKA and Baskonia, either.”

“A five-game series is written all over the Efes vs. Barcelona battle. Tense and tight games, great tactics, many ups and downs, entertaining atmosphere, a lot of pressure and two different winners in the first two matches made all the hopes for this meeting coming true. It will be a waste to say goodbye after only four games. See you in Sinan Erdem Dome next week! I’ll stick to my original prediction: Efes, 3-2.”

“It seems to me that we’ll have at least two Game 5s. If Barcelona has an advantage now thanks to its 12 home wins this season, Fenerbahce and CSKA, thanks to having won 10 road games each, have the right to expect their series to return to their home courts.”

“The two biggest surprises in the first games were the victories of Zalgiris and Baskonia, who showed that they can make things difficult for Fenerbahce and CSKA for a little longer and get a win on their home court. The two favorites, correspondingly, have to get a break in order to qualify, and so the most likely scenario is that these two series will go to a fifth game, where Fenerbahce and CSKA can get the qualification for the Final Four. There’s a good chance that the Efes-Barcelona series will also go to a fifth game, although the Spaniards are more likely to get two home wins.”

“I would say CSKA vs. Baskonia. Like I said before, Barcelona is really, really strong at home and it will be hard for Efes to bounce back – even though this season’s playoffs is good proof that anything is possible in the EuroLeague. At the same time, Fenerbahce has been a consistent force all season and it should bounce back at Zalgirio Arena, where a great atmosphere will await the Turkish champs. CSKA will play in the same environment against Baskonia, which is closer than ever to the unique chance of playing a Final Four on its home court. Still, CSKA has enough experienced players who have been together for many years and that is very important in games like this. They have won a lot together and overcome tough times. I believe Baskonia will win one game in Vitoria, but CSKA will advance.”