Micic: Ataman is different from Jasikevicius and a better fit for me

By Anıl Can Sedef/ info@eurohoops.net

During Anadolu Efes’ Media Day ahead of the 2019 EuroLeague Final Four, Eurohoops had the opportunity to talk with Vasilije Micic. The 25-year-old Serbian point guard is averaging 12.1 points, 5.7 assists and 2.2 rebounds per game in the current season of Europe’s premier competition and is ready to add on his stats helping his team in the Final Four.

He answered many questions about his team’s Semifinals opponent Fenerbahce Beko in his interview, but compared Ergin Ataman to his previous coach Sarunas Jasikevicius as well. Micic also discussed his career and his chances for an NBA move among other topics.

-You’ve dealt with many injuries during your career, but managed to produce seasons. This year, you’ve proved you’re ability to remain in top form. Which is the most important factor on your progress?

“I’ve been playing professional basketball for some time, but this is my best season so far. It didn’t come by chance. I know why. I’m having such a campaign because everyone’s approach to life and basketball is different. I needed some time to display my progress. I’m not really sorry about that.

This is my path, my rhythm, my development and most importantly my patience and dedication to work. I’ve worked hard in the last five to six years. Injuries held me back, but I returned stronger every time. I faced every difficult challenge even more enthusiastically and hope for a positive ending in this season as well.”

-Ergin Ataman pointed out you were the most improved player of the season. Do you agree? How important is it for you to sum up this season with an individual award? What does this takeaway from your coach mean for you?

“I have worked with many coaches during my career, everyone bringing a different experience. However, Ergin Ataman is very different for many reasons. I purposely hadn’t heard much about him before he got here. I wanted to get to know him by talking to him. When he arrived, all he needed to do was to explain my role to me. Afterwards, I realized how easy it is to talk to him. Some coaches aren’t always acceptable to their players and others prefer to maintain the spotlight for themselves.

I believe that Ataman’s most important feature is that he finds the best fit for all of his players and inspires confidence to the team. I’ve never seen this in other coaches I’ve worked with. Last year at Zalgiris Kaunas, I worked under Sarunas Jasikevicius, one of the best and most talented coaches. He was a coach that controlled everything. It is of course a logical approach, but Ataman is completely different and a better fit for me.” 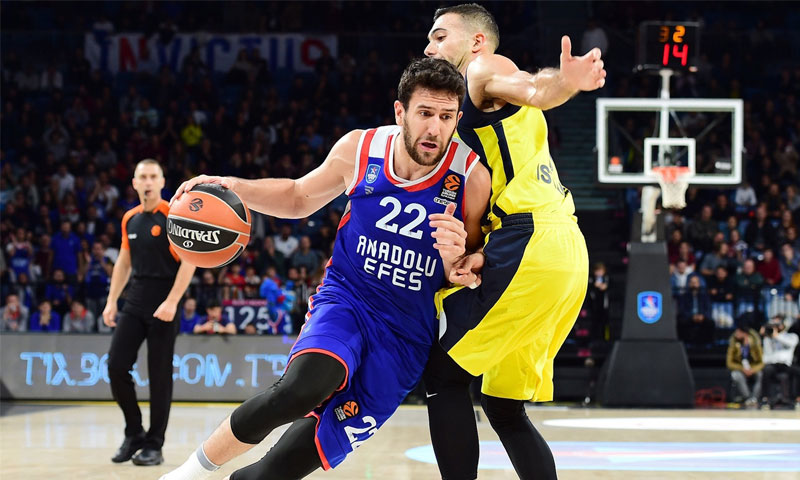 -The team is back in the Final Four after 18 years. Do you believe this fact will put pressure on the club or will the successful season continue?

“I can disclose this about the Final Four and the pressure for success. In Serbia we say that a Serbian is born pressured. In Serbia, if a young player is skilled, he faces pressure very early. If you’re going to pursue a career, you’re going to have to pressure yourself. However, I don’t feel any pressure with Anadolu Efes ahead of the Final Four. I’m here and ready for a big challenge.

Efes was in last place the previous season. Many people didn’t agree with my decision to join the team. I was looking for a new challenge and had already learned how to avoid feeling pressure. I came here aiming for the best possible outcome, the championship.

Fenerbahce Beko is our main opponent in the BSL. It’s good for us that will face them in the Final Four. Everyone understands that Fenerbahce is one the top European clubs the last few years. Beating them in both competitions will certainly prove we are able to get results as a team.

I would definitely like to be a part of Anadolu Efes’ biggest moments. I want to play here for many years. I hope this team evolves into a EuroLeague powerhouse, not only be successful this year.”

-What are the strengths and the weaknesses of Fenerbahce?

“Fenerbahce’s main strength is its stability. Apart from small changes, the biggest part of the team remains together for almost five years. Of course, the players’ quality is important, but when they don’t even have to communicate when they play as a team under Zeljko Obradovic. They all know what to do and how to face difficult situations during the season. Their stability has a significant impact on the results.

Unfortunately, injuries are part of basketball. Injuries haven’t allowed them to find their rhythm ahead of the Final Four. The results show they are the best EuroLeague team by far. They can’t play at full force without some of their important players. The different roles some players will take on can be an advantage for a team like ours. To find some open points, we need to be aware of the different roles taken.”

-What’s most important to stop Fenerbahce?

“Last year I was with a team that had another historic Final Four success and Fenerbahce was in the Final Four for the fourth consecutive season. We suffered a narrow defeat. The Final Four is exciting and can produce upsets allowing the weaker team to prevail in one game. At the same time, it isn’t fair for the stronger team to determine its season in one match. In a 40-minute contest, many things depend on luck. Last season we lost because Bobby Dixon emerged in the third quarter. Fenerbahce proved to Zalgiris that even a player without an important role during the season can step up and make the difference. However, the altruistic players of Anadolu Efes can put their egos aside and I believe we can defeat them.” 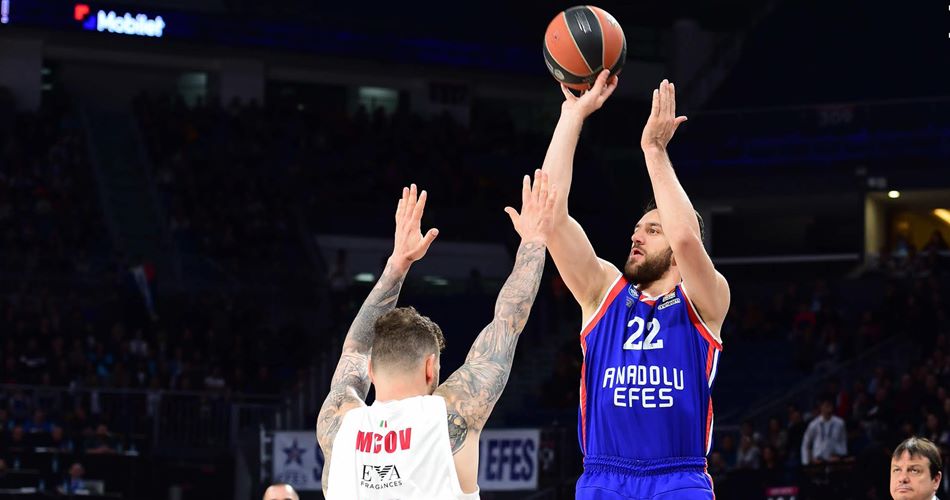 -You have trained with Bogdan Bogdanovic with the Serbian National Team. Did he show you any tricks you can use in difficult moments against Fenerbahce?

“During our time with the National Team, I followed him and observed his work ethic and habits. He’s amazing. We spent two months together and are close friends, but I never asked him about Fenerbahce. We have faced Fenerbahce many times and know the characteristics of our opponents.”

-Do you believe you can move to NBA in the coming seasons. Can Efes successes help you make it to the NBA?

“I wouldn’t join Efes if the team impacted my NBA chances. I’m not thinking in this way. I wouldn’t prefer a team to benefit my future. I’m not a fan of the future. I’ve seen how easy everything can change. I just want to enjoy the moment.

The NBA is definitely one of my dreams, but isn’t on my mind right now. I would like to get my chance when I’m ready for the step. If I go to the NBA, I’d really like to leave my mark there. I don’t want to go to the NBA just to say I made it. We’ll see. I’m currently focused on the Final Four.”

-Efes is known as talented and good offensive team, but the Final Four requires fighting spirit as well. Will there be a disadvantage for your side at Vitoria-Gasteiz?

“We’ve always been among the team’s with the best shooting percentages. This is of course positive. We’ve also shown that we can play hard and go strong down the stretch. We can play in either style without getting stuck in one. We didn’t always react correctly to every situation. For us ahead of the game versus Fenerbahce the most important aspect is that any of our players is able to stand out and disrupt the opponents’ defense. I believe that’s what makes us dangerous. If we play as a team and remained concentrated, we can be dangerous for any team.”