Obradovic: I don’t see that the NBA trusts European coaches so much

Zeljko Obradovic doesn’t believe that European coaches are getting a serious chance in the NBA.

Fenerbahce head coach Zeljko Obradovic talked to Eurohoops about the upcoming EuroLeague Final Four, the growth that his club has seen over the last couple of seasons, two Turkish teams participating in the Final Four and many more.

Here’s what the most decorated coach in the history of European basketball said on:

Fenerbahce making the Final Four for the fifth straight season:

“Everything starts in summer. You try to build a team, you have some changes and you sign players you believe they can play at this EuroLeague level. It’s true that we played without some key players in some games. But we always found the way to play well. The crucial moment was the beginning of the season when we played some games on the road vs. Barcelona, Olympiacos and Maccabi Tel Aviv. We won these matches and it helped build our confidence. And we are very proud of our participation in the regular season and the playoffs. The players… they did a great job.

We also showed our great character and the quality we have in the playoffs against Zalgiris, considering that we won two games on the road against such a great team, great organization and in a great atmosphere created by people who understand basketball”.

Fenerbahce becoming a EuroLeague powerhouse and his future with the team:

“We are very happy that we have this kind of results. It’s my sixth year with the club, together with some people. Everybody recognizes that Fenerbahce is now one of the best clubs in Europe. We want to continue the same way in the future of course. We have support from our president and the people of the club. It’s important that we have this kind of connection with our fans. So everything is fine.

Now, regarding how long will this continue? I don’t think it’s good to even think something like that. My mind and my concentration are just on what is in front of us. It’s logical. I am a coach and my daily job is very important”.

On Fenerbahce’s injury problems ahead of the Final Four:

“You can’t imagine how hard it is in practice. In the past, didn’t have Vesely and Lauvergne in the past but Datome and Kalinic were there. So we were able to cover some things. Now, these two players are out too. For the first time in my career, we play with five guards. Five actual guards. This is absolutely new. The reaction of the players in practices is really good. They understand they need to continue to work hard. And we have some help from our junior players. I’m really thankful to them for that.  But you know, it is what it is. You can’t do anything else other than continuing working hard. To hope that both players will be able to make some practices before the Final Four. If it’s like this, OK. If not, we don’t have any time to cry or think about that. Just to prepare ourselves to play in the Final Four in the best possible way”.

On the importance of two Turkish teams participating in the Final Four and what it means for Turkish basketball:

“It’s a special thing that two Turkish teams will be in the Final Four. But if we want to be correct and honest, everybody understands that three-four years ago the league was better than now. Better competition. Some things aren’t at the level it was before. But BSL remains very competitive and a very good league. We have to be ready to play against any team and have 100% concentration”. 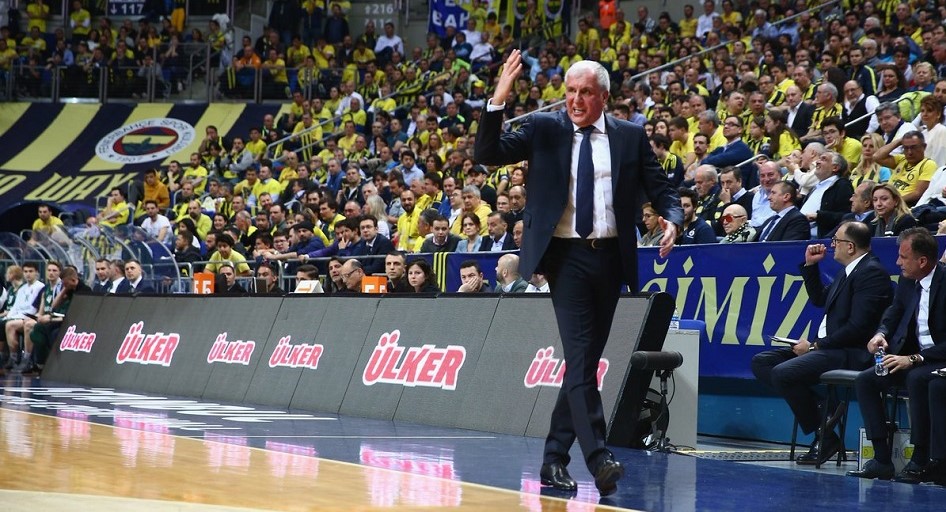 “Players go over there and show everything they have. You mentioned two incredibly good players: Giannis [Antetokounmpo] and Nikola [Jokic]. Everybody recognizes this and understands this. There are many other European players who play in the NBA but are not at that level. People in the USA understand that EuroLeague guys can help in the NBA too. Some of them play a lot of minutes. Other, not so much. However, they have quality”.

European coaches and their opportunities in the NBA:

“Igor Kokoskov was 20 years over there. They gave him the opportunity to work. Unfortunately, it was just one year. For many years we have rumors about some coaches. Ettore Messina, for example. Every year there are rumors about him [becoming head coach]. I wish it to him and I wish the same to every European coach. But every year its just rumors. Now everybody is talking about Saras (Sarunas Jasikevicius).

I don’t see that they [NBA] trust European coaches so much. This is their right of course. Now we have a lot of European assistant coaches. But to have a head coach is not the same”.

“I’m very happy that we finally have an association of EuroLeague coaches. We want to do everything to be the best for every member of our association and to protect ourselves. To have the possibility to share our ideas with all the coaches and for everyone who wants to improve.

We have already started to prepare for our big seminar. It will take place after the annual meeting we have with EuroLeague. This will be held around 3rd or 4th of July. There will be seven EuroLeague coaches. I believe it will be very interesting. We have other plans for the future but let’s take it step by step. We just started this organization after all. I hope it will be useful for all our members”.