EuroLeague Fantasy: Off to a positive start, even better future

Our team is in 16th place out of 1.549 fantasy players in Eurohoops Official League and 392nd overall.

Eurohoops got off the mark impressively in the new EuroLeague Fantasy season. Fantasy players that followed our suggestions before the first week of EuroLeague action are in a similar situation. We are back for more advice and tips to aid your team ahead of Round 2 of the 2019-20 edition of Europe’s premier competition.

Out of the big names, Mike James was amazing in the opening week proving us wrong for recommending to avoid him because of his price tag. Nick Calathes and Nikola Mirotic were great, Alexey Shved and Nando De Colo not so much.

The above players are all expensive options necessary for your team to score points. However, you will find yourselves forced to combine them with cheaper options. We can help you pick them out. 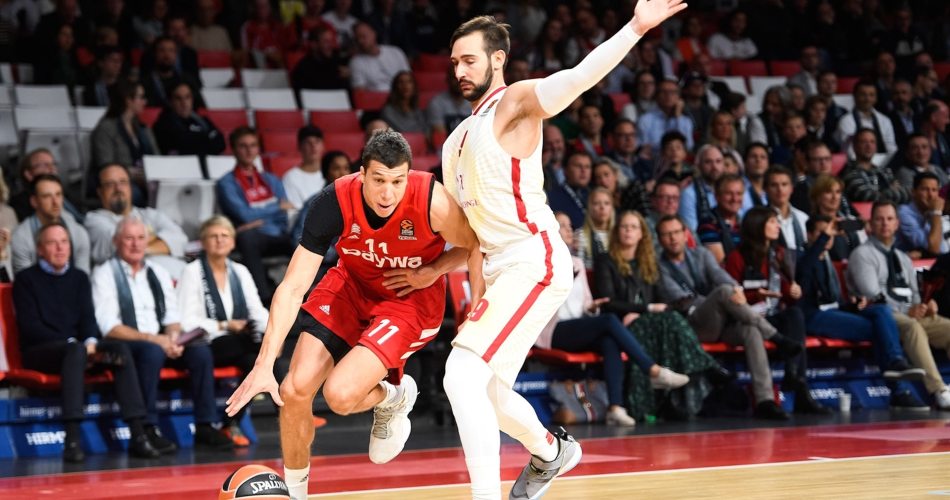 Fantasy players that got to Vladimir Lucic at 1.12 must be congratulated. He was among our suggested options. He can still prove worthy for your team at 1.29.

Facundo Campazzo was a must at 1.46 and among our top choices, even at his current value of 1.60 can easily fit your roster. Real Madrid teammate Jeffery Taylor put up 22 fantasy points at 1.04, but will he follow up with a similar showing?

LDLC ASVEL Villeurbanne’s Tonye Jekiri was as hot as it gets at 27.5 points and is valued at 1.36. After Olympiacos he will face Panathinaikos OPAP and George Papagiannis.

ALBA Berlin’s Landy Nnoko was a positive for any fantasy player trusting him. He is currently valued at 0.71 and gathered 20.9 points in the opening week. He is a starter for Aito Garcia Reneses’ side and played 30 minutes in Sunday’s easyCredit BBL game versus Brose Bamberg. Pick him up.

ALBA’s Martin Hermannsson is also a good option with Peyton Siva sidelined. Omri Casspi, Edgaras Ulanovas and Luca Vildoza were among our initial options and remain available at a low price.

In-form Luis Scola is also relatively cheap at 1.37. Papagiannis might get going against the ASVEL’s frontline. We would not object on picking Georgios Printezis of Olympiacos.

With Gustavo Ayon out injured, you must get rid of him at least for the moment. At the same time look up Colton Iverson who is set to replace him in Zenit Saint-Petersburg’s upcoming tilt.

If Deshaun Thomas was not included in your picks for the first week, you are not yet out of time. He was amazing in Round 1 and if he does not slow down, his price tag will go up. If he stays hot against ASVEL, we suggest you keep him.

Not all suggestions bring success

It is absolutely normal for us to miss out in some of our tips. Eight players can make the final cut for each team. We bet on Derrick Brown and Wesley Johnson considering their price tags attainable, but expected more out of them. They remain at a low price, so you can opt to add them if you deem them requisite.

Another suggestion that did not deliver in the first week is Youssoupha Fall, but do not rush to disregard him. Joel Bolomboy was practically free so any contribution was positive. Louis Labeyrie offered 14 points at 0.64. 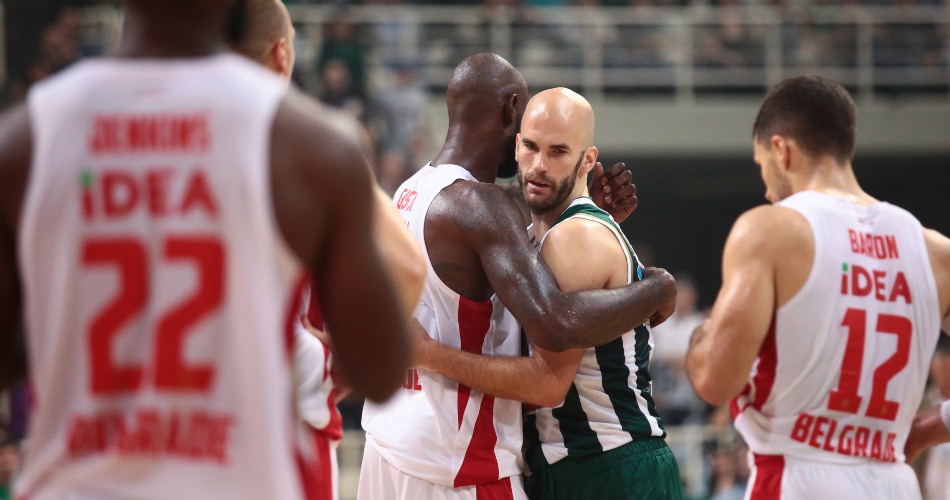 We will make a pair of small changes in our side. As mentioned above, we will trust Landy Nnoko replacing Lukas Lekavicius despite still believing that the Zalgiris Kaunas guard will put up points. Our other adjustment is of similar attitude towards Livio Jean-Charles that we will replace with Anadolu Efes’ Alec Peters after his impressive opening week performance.

Calathes will remain our captain. Also we will keep Nihad Djedovic, Shavon Shields and Thomas that we suggested for the first week of EuroLeague action. They all delivered.

Malcolm Delaney will retain his spot in our team as well. Aside his known attributes, he is the only healthy Barcelona point guard. We also insist on Greg Monroe in spite of his 12.1 points tally in Round 1. 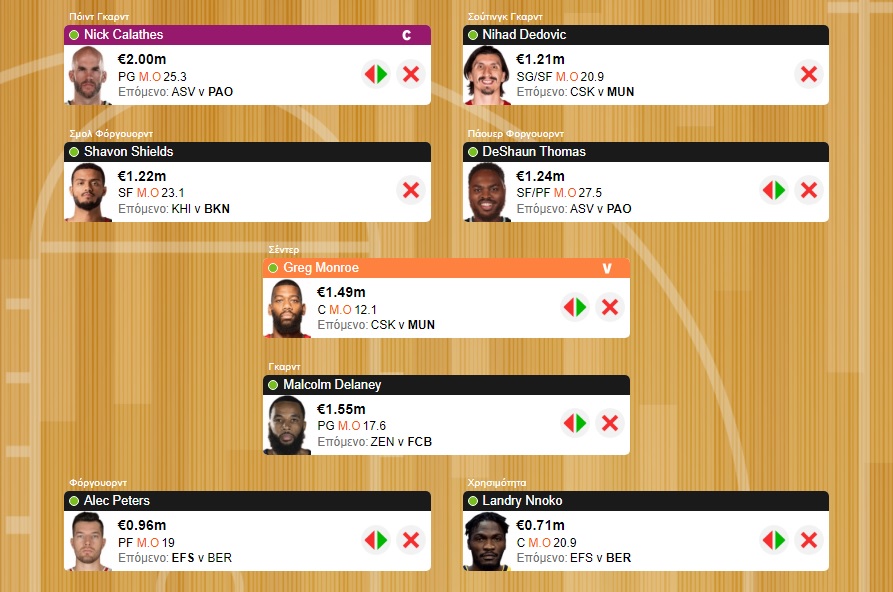