EuroLeague 2019-2020 Round 1 included several protagonists and teams that made an impression.

The EuroLeague Experts Round Table Round 2 is here with some thoughts and predictions on the above.

1. What team impressed you most in the opening week of the EuroLeague season?

There were so many things to be impressed by in the first week. There is no doubt that the win by Barcelona in Turkey let the league know that this team is here for real. And the CSKA win in Valencia was not surprising, but the way they won in such a tough place to open the season has to say something to the rest of the competition.

There were several teams that started off strong this season. I think the most impressive victory made by Baskonia not only because they managed to get it away from home but because they managed to get it in Zalgiris‘s house! A road win that could have — at the end of the regular season — a big effect for two very ambitious teams with similar goals.

CSKA Moscow. ALBA Berlin and ASVEL Villeurbanne celebrated in style before their respective crowds in their return to Europe’s top competition. but the biggest exhibition of the opening round was CSKA Moscow. The defending champs won by 25 points on the court of Valencia, the last 7DAYS EuroCup champions. CSKA dominated from beginning to end, starting the game with a 2-11 lead in 3 minutes. The shot a splendid 17 for 31 from downtown, with two newcomers, Mike James and Darrun Hilliard, dedicated to proving wrong whoever thought CSKA had lost its perimeter offense.

The trip in Valencia could’ve been a tricky 2019-20 debut for CSKA Moscow but the reigning champions simply picked it where they left it in the previous season. It was a “take no prisoners” affair for Dimitris Itoudis and his players, who put on the court an offensive festival with some truly impressive effectiveness to pretty much dismantle any resistance from the 2019 7DAYS EuroCup champs. And, hey, don’t forget that we are talking about a CSKA squad that renovated most of its backcourt during offseason.

“Impressed” is a relative term. I interpret it as which team (or player) essentially outperformed my expectations. There were several, chief among them FC Barcelona winning against Efes in Istanbul and ALBA Berlin beating Zenit St. Petersberg with its top playmaker sidelined. But my choice is KIROLBET Baskonia Vitoria-Gasteiz, which not only defeated Zalgiris Kaunas in front of a packed house at Zalgirio Arena, but also did so with two important members of its backcourt (Jayson Granger and Nik Stauskas) out. Youssoupha Fall made his presence felt, Shavon Shields played a fantastic all-around game and Baskonia showed just how stron it can be this season. 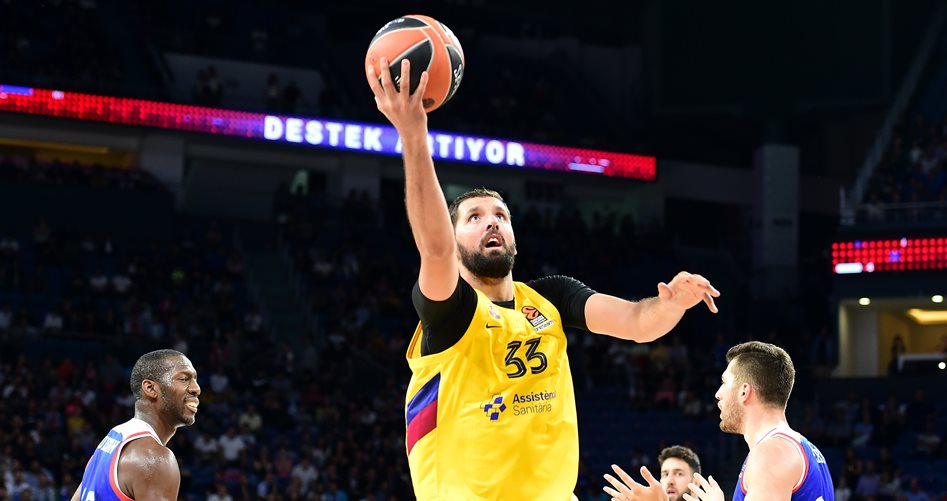