Turkish Airlines EuroLeague with a helping hand from Synergy Sports Technology presents the Round 15 Stats Review. An in-depth analysis of the top finishers around the rim, also looks into recent and upcoming matchups.

Per EuroLeague: “After 15 rounds have been played, three teams – Anadolu Efes Istanbul, FC Barcelona and Real Madrid – sit atop the standings with 12 victories each. Here’s a review of the key statistics in the competitive Turkish Airlines EuroLeague landscape.

There was no shortage of drama in the double-round in both resounding wins and narrow victories. In Round 14, Valencia Basket scored their most emphatic victory of the season in a win over KIROLBET Baskonia Vitoria-Gasteiz to keep the middle of the standings crowded. Scoring a season-best 1.23 points per possession, Valencia maintained the momentum that it has quietly built offensively over the last several rounds. Bojan Dubljevic and Mike Tobey combined to scored 35 points over just 26 possessions as Valencia pounded the ball inside to great effect. The performance of its big men has been one of the main reasons that Valencia has won five of the last eight games after starting the season with five losses.

Round 15 featured one of the most interesting matchups of the EuroLeague season so far between CSKA Moscow and Anadolu Efes Istanbul. Earning a one-point win in Istanbul, CSKA Moscow scored 34 points on finishing situations from its half-court offense – some 14 points above its season average – while holding Efes to just such points 14 defensively to create a 20-point margin that ranks among the largest to date this season. The game was decided by tough jumpers in the waning moments but hinged on CSKA’s dominance inside.

The importance of interior play in many of this week’s most important games was evident. Even in an era when three-point shooting frequently proves to be the deciding factor between wins and losses, 30% of all shot attempts come on closer-to-the-basket finishing situations and they are converted for a field goal percentage of 62% and a very efficient 1.32 points per attempt after accounting for the value of shooting fouls.” 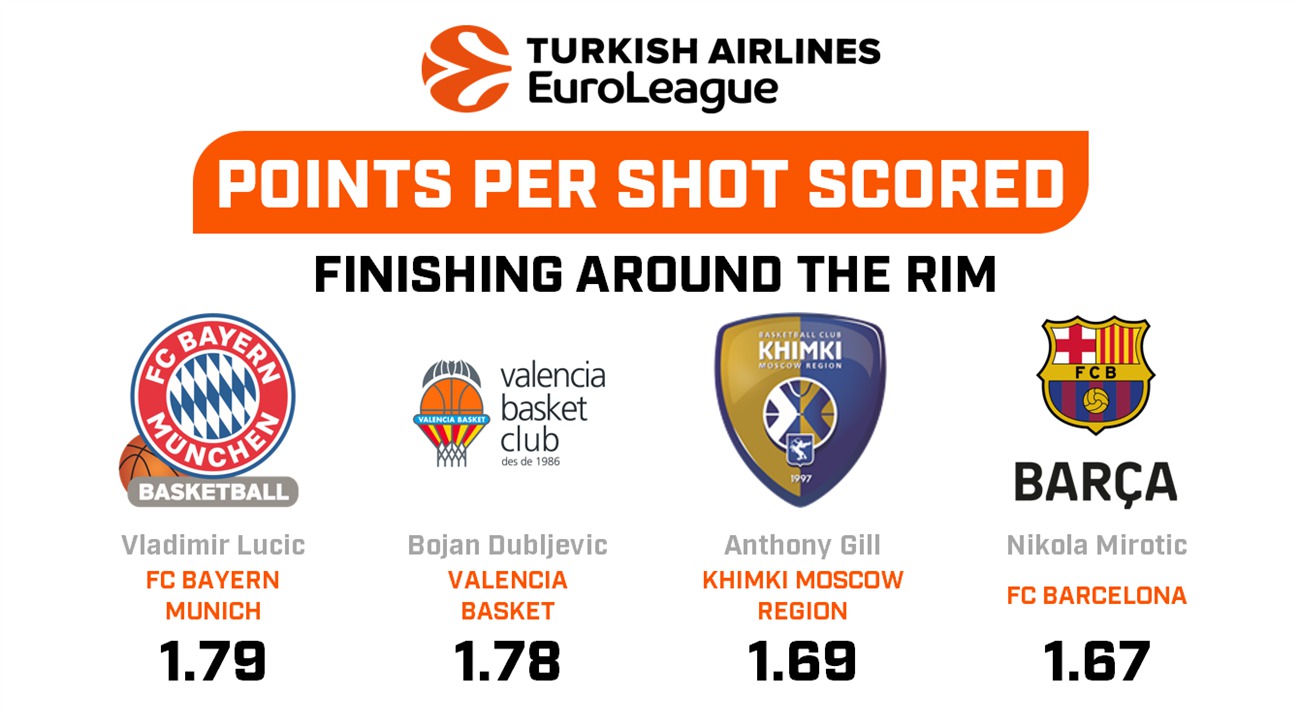 Read the rest of the Round 15 Stats Review on EuroLeague.net.