Even if the stage is not the NBA like Luka Doncic, Luka Rupnik wants to make a splash and win the Basketball Champions League.

The 2019-20 Basketball Champions League season is planned to be completed with a Final Eight tournament in Athens, between September 30 and October 4. ERA Nymburk is part of the field and will face host AEK in the quarterfinals.

Luka Rupnik was in the BCL prior to the long hiatus due to the coronavirus pandemic but with the Telenet Giants Antwerp. He since moved to the Czech Republic and alongside his new teammates is preparing for the Final Eight. Action being suspended last March was certainly a tough break for in-form Nymburk.

“After so many months of no basketball, it’s a pleasure to be back on the court and play. I think every player nowadays appreciates basketball even more than before,” he told Eurohoops regarding being forced away from the courts, “We will see, we have a new team so for sure our peak won’t be at the Final Eight, but I’m sure that we will compete in best possible way.”

His team officially launched its 2020-21 season last weekend with an NBL win. Losses at a domestic level are rare but still, those games are a priority until its time for the Final Eight in Athens. “The coach wants us to be ready for every game and only this kind of approach can clubs like Nymburk brings on big events like the Basketball Champions League Final Eight,” mentioned Rupnik.

Nymburk would have home-court advantage in a best-of-three series opposite to AEK to clinch a Final Four berth. That will not be the case with the resumption of the 2019-20 season sending his side to Greece for a Final Eight instead of making a run for the club’s first Final Four.

“It would be a big deal for sure,” he said on the game versus the Queen that brought in quality players ahead of the Final Eight, “We are underdogs, AEK is one of the favorites of the tournament. They have a roster full of star names, so it’s a big challenge for us.”

It will be a single-elimination game leading to the semifinals. The team advancing from this pairing and the rest is anyone’s guess, especially at the beginning of a new season after the long break. Nevertheless, Nymburk eyeing further success in European club competitions still looks set on its goal. Bringing in players the likes of Rupnik generates a sense of optimism, maybe greater considering his connection to NBA star Luka Doncic.

“Luka is one of my best friends, regardless of him being one of best players in the world our relationship stayed the same as we got to know each other,” he told Eurohoops commenting on the 2019 NBA Rookie of the Year and 2020 All-Star, “He is still the same person he was at the beginning.”

It was not so long ago when Doncic was gradually progressing to his current top-player status. Nymburk’s floor general remembers him as a child going through shooting drills during practices a few years before considering him a close friend.

“My first memory of Luka is when I was 16 still playing in my first pro career in Slovenia,” recalled now 27-year-old Rupnik, “He came in our practices along with his father to shoot some buckets. That’s my first memory. But our friendship really started in Madrid a couple of years ago, when I played in ACB and he played in Real Madrid.”

It’s been a long path for both Slovenian players, one leading to the NBA and the other to Nymburk and the Champions League Final Eight. After leaving Slovenia, Rupnik got his career rising in Spain making it to the ACB and the BCL through Fuenlabrada. Belgium and Antwerp were next before penning a deal to join the Czech National League, NBL, champions.

“Nymburk is a team with healthy Czech core of players which represents some continuity over the years,” he noted referring to the established connection between his new side and the Czech national team, “We added some rookies this year. Obviously I came along with some new foreigners. It’s a new team, especially after the last successful season. They changed a lot. So we still don’t know how good we will be but I think we will make a pretty decent competitive roster.” 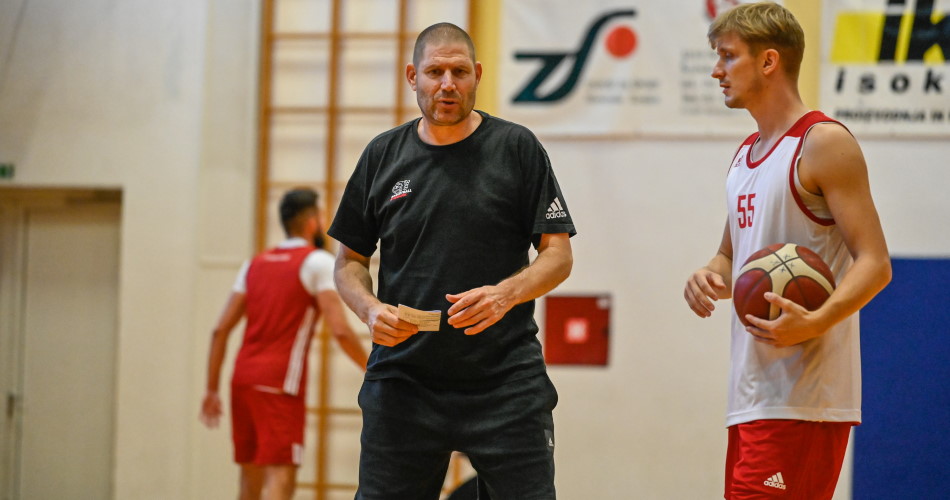 Changes in player personnel were made, similar to all Final Eight participants, but a remaining head coach in the form or Oren Amiel, a likely candidate for BCL coach of the year if the pandemic did not halt proceedings, ties the previous team to the current roster.

“The way he has approached the basketball game itself is kind of unique,” said Rupnik painting the picture of his familiarity to Amiel’s coaching style, “He developed a system which is very successful in the last few years because he guides Nymburk at a constant level of reaching second stages of European leagues. He’s a great young coach who knows what he wants with a big amount of basketball knowledge. I am pretty sure that he will be one of the best coaches in Europe pretty soon.”