The 2019-20 Basketball Champions League season was completed in Athens with the Final Eight crowning the champion several months after the coronavirus pandemic forced action to a sudden stop. Despite the unique situation, the fourth digital season of FIBA’s premier club competition contained digital growth recognized by players and infographics presented by the BCL.

There is much to savor from the 2019-20 Basketball Champions League. Despite the long break due to the COVID-19 pandemic, the competition gave the fans plenty of inspirational moments to discuss. In all, the fourth season registered a 10% increase of fans, more than 40 million video views and reached more than 255 million fans (+38%) through social media over the course of this season. 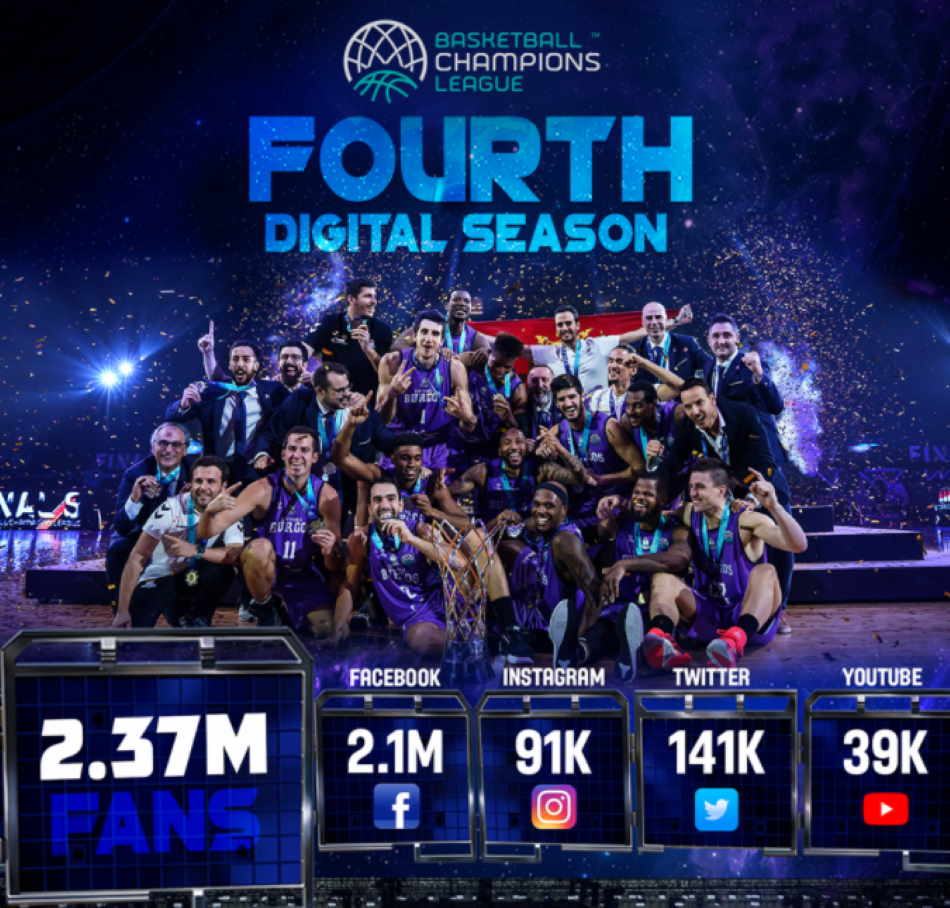 The Final Eight in Athens itself has generated a ton of excitement, triggering more than 5.5 million of video views, and reaching 27’000’000 fans.

“The work that’s done on social is very great and very entertaining, everybody knows it’s a lot of work put into the social media as well, the special effects, highlights, the game stats, what you need to the know, updates, etc.. I love the way the Champions League promotes the league and players. Me and my teammates always talk about this as well… and the fans always know what they need to know.. The league is very very competitive, many great historic teams and players. Right now everybody is talking about the Basketball Champions League,” said 2020 Final Four MVP Thaddus McFadden of Hereda San Pablo Burgos. 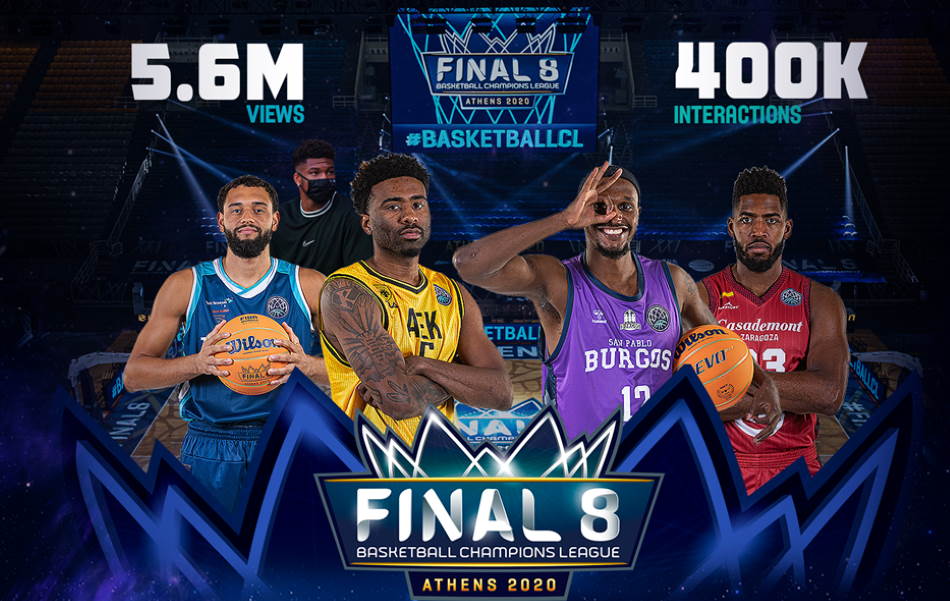 “We are extremely pleased to see the competition confirming its massive success on social media. At the end of the season, there are close to 2.4 million followers of the BCL on its various platforms. The digital output of the first four seasons is impressive, and we are proud of such an achievement,” said Patrick Comninos, the CEO of the Basketball Champions League.

Not the outcome we wanted but if it’s ones thing I learned @BasketballCL isn’t messing around! Marketing + social media + level of competition on 💯0000 this year. 🙌🏼 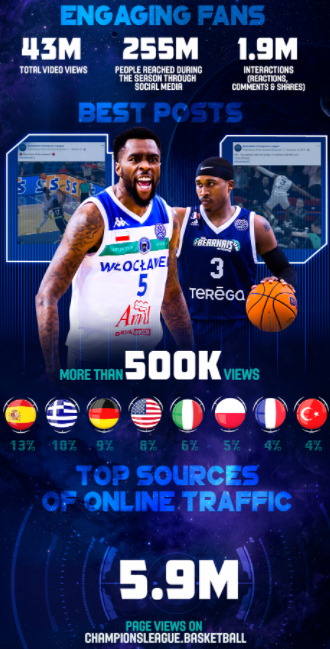 “I have nothing but positive feedback. You guys are unreal with social media,” said Kyle Wiltjer of Turk Telekom.

The numbers of fans following the Basketball Champions League Facebook page impressively rose to 2.2 million thanks to various digital activation. Eventually, www.championsleague.basketball generated close to 3 million visits (16% increase) in the course of the 2019-20 campaign with fans eager to read features and interviews about star players. The Basketball Champions League Instagram platform alone rose by 42% compared to last season.

“How Basketball Champions League was ran this past year/Final 8 was amazing. It was my first year, and I was really happy on how they ran everything. The Final 8 was my favourite part of it all. From the social media coverage, to the in-depth interviews, to the consistent updates for fans, it was everything a league should do. Especially not being from Europe, my friends and family were able to follow every step of the way with me and my team through Instagram posts to the BCL App.” said Dylan Ennis of Casademont Zaragoza. 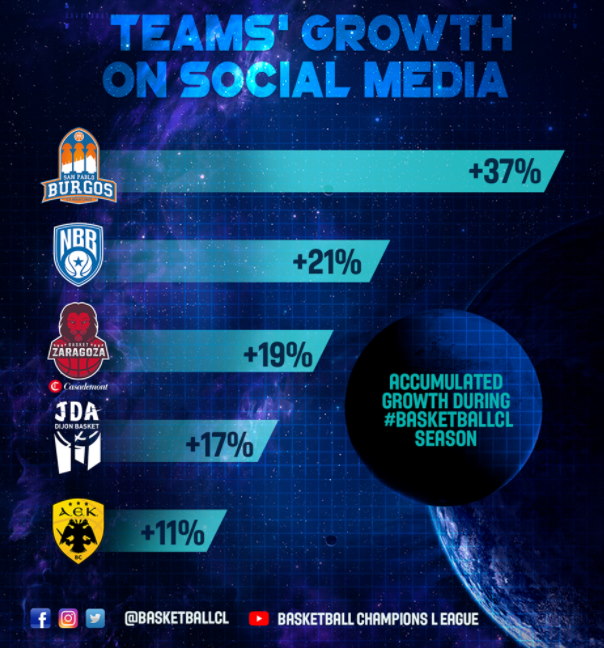 “I think you guys honestly are doing a great job, maybe the best European basketball account we have. I know a lot of players including myself look forward to see what you are going to post etc. Keep it going, it’s great!” said David Holston of JDA Dijon.

The Basketball Champions League fifth season gets under way on October 20, when 32 teams will contest the Regular Season. They will play in eight groups of four teams each with the top two of each group qualifying for the Play-Offs which will determine the Final Four.