Hereda San Pablo Burgos is one of the newer clubs to have joined the Basketball Champions League but it feels like they’ve been there since the beginning, as the team keeps making exceptional results.

The Spanish squad has made its own modern impressive history year after year, writing out some pages in BCL as well along the way and they will have a chance to build upon it in the upcoming Final Eight Tournament.

Burgos reached the top, however, not many people know how and when the story started. It may surprise you just how successful the Spanish project has been.

Five years was all it took

Five years. That’s how long the professional team of San Pablo Burgos had existed before they rose to the top of Europe.

The club itself started off in 1994, participating in the provincial league but the professional squad was put together for the first time in 2015 with the idea to become the main representative of the city and join the ACB.

Burgos needed two seasons in Spain’s second tier in order to grab a promotion and they’ve done it in a convincing fashion, winning all six games in the playoffs.

Joining the big players was a great success but the hardest part was only awaiting – to stay among them, improve and be competitive.

One step at a time, and Burgos did just that. They had a fairly safe 14th and 11th spot in their first two seasons in Liga Endesa but then the real jump awaited.

The 2019-20 campaign was extraordinary for San Pablo Burgos and it’s remarkable that such a young club managed to create such success throughout the year which was probably the most challenging one in recent history due to the coronavirus pandemic.

It put many clubs worldwide in trouble and even broke some, but Burgos stood strong. The team made it to the Final Four of the Spanish Liga Endesa where they fell to Barcelona in the semifinals while also reaching the very top of the Basketball Champions League. 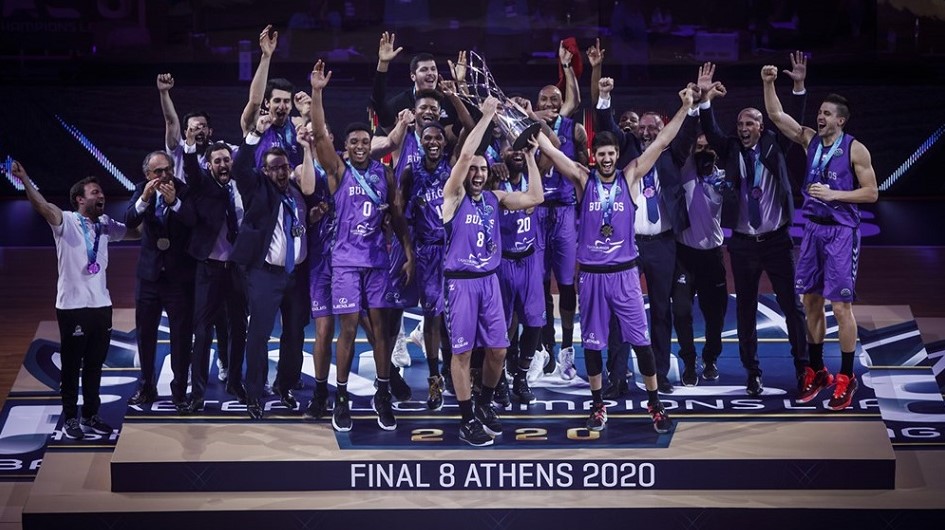 San Pablo Burgos won the 2019-20 Basketball Champions League and two facts made that accomplishment even bigger.

It was the team’s debut season in the competition and not only that but it was the club’s first-ever participation in a European competition.

And what a run it was. Burgos had to fight for its spot in BCL through the qualifiers and managed to take down a bunch of elite teams on its way to the title.

They became the first team to win it all after coming through the qualifications and they had to beat Dinamo Sassari, Hapoel Jerusalem, JDA Dijon, and the Final Eight hosts (and former champions) AEK in order to reach the goal.

It was a convincing run with all three of their wins in the Final Eight coming in a double-digit margin.

“One and done” some would say, arguing that such success was but a beginner’s luck and the team won’t be able to sustain it, however, Burgos has kept going this year as well.

The team is fifth in Spain while they succeeded in reaching the Final Eight once again.

They paced through the two groups without much drama and now the biggest challenges await in the games that will be played out in Nizhny Novgorod.

The first opponent of San Pablo Burgos will be Hapoel Unet-Credit Holon, another great project that’s been writing the history of its own as this is the first time they’ve gone so far in BCL.

It can be easy to get ahead of oneself when you’re the reigning champion and the favorite in a clash, however, coach Joan Penarroya is well aware of that and won’t allow it to happen.

“First of all, we’re only going to think about Holon and nothing else, no other team beyond that. To be honest, I still don’t know that much about them at this point, but it just so happens that I have heard very, very good things about them during this season,” the coach said and added.

“Here [in the Final 8] you can never ever disregard any opponent, it’s as simple as that.”

The coach will certainly do all in his power to prepare the squad mentally but, on the other hand, that might be easier in their case as Burgos’ roster features a lot of experienced players.

Additionally, Benite, McFadden and Kravic have been in BCL for a while and they are among the winningest players when it comes to playoffs in the competition.

San Pablo Burgos has a chance to make another historic achievement and become the first team to win the BCL title two years in a row. And they’ve got the tools necessary to do it.

However, the more important thing is that the club has been standing stable, competes at the top in both the domestic and European league, and whichever way their run in the Final Eight ends, Burgos is here to stay.