Day 3 started with some fire. No, literally! The hotel where most of the fans and journalists are living was evacuated early morning because of the clouds of black smoke coming from the building.

The funny thing (if there is any funny thing, of course) is that the announcement was made only in Russian, and all the foreign guests must have guessed that something was clearly wrong. They did it perfectly, though.

It takes a lot of will not to joke that the BCL Final Eight is so hot that a hotel in 5 km from the arena just caught fire. Oh damn, I did it right now! 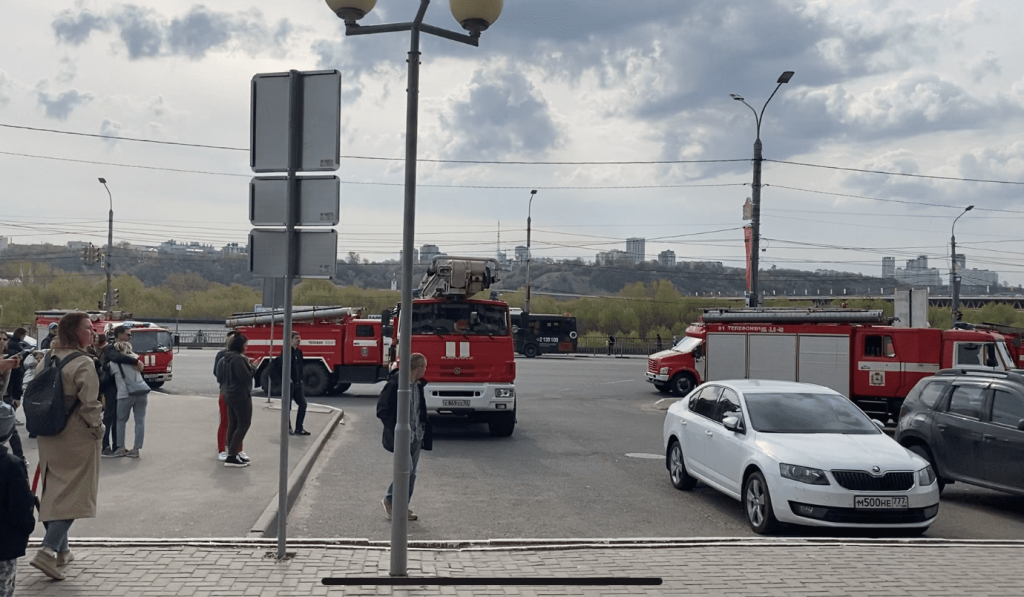 After such a bright morning I went to Nizhny Novgorod’s practice to talk with Andrey Vorontsevich. He spent 14 years in CSKA and now is finding himself once again, but in a completely different environment.

”This is a very serious tournament”, he said about Basketball Champions League. ”I understand that there are not enough places in Euroleague and Eurocup for all the teams which want to play there. But I would say that these BCL Final Eight teams can play in both of those tournaments. If you look at the quality of basketball they play, it has no difference”.

This was the main point of our talk. But we also discussed a few other topics, and here they are.

Nizhny’s loss to Zaragoza. ”We made a lot of unforced mistakes and did not make the shots we were supposed to. In games like this, every centimetre of the court, every mistake, every shot, every second can be crucial. We needed to be more concentrated, but it is an experience we get out this”.

Atmosphere of the Final Eight. ”Because of the pandemic, everybody is sitting home and missing basketball. Now, it is very good that people finally have the opportunity to come and watch the games. We play for the fans, so it is very important”.

Just had a great conversation with Nizhny Novgorod star forward Andrey Vorontsevich. His thoughts on #BasketballCL Final Eight will soon be published on @Eurohoopsnet ✌? pic.twitter.com/rucSy6vNRh

And then there was evening with two BCL semifinals. The first thing you notice entering the arena is the number of fans – it surely increased in comparison to what we have seen in the second day of the tournament. Some of the fans came from Moscow to see the final games.

Or probably just to see Sek Henry shooting 6/6 from beyond the arc at the halftime of the first semis. Wait, what? Yes, he made 0/1 from within the perimeter and was perfect shooting from fa-a-ar away.

I bet Ufuk Sarica is drawing up how Sek Henry can bank 6/6 three-pointers at the halftime ? #basketballcl @KSKBasket @Eurohoopsnet pic.twitter.com/3fdkrxJiXF

By the way, there was a moment in the fourth quarter when Zaragoza’s Elias Harris committed a 24-second violation just because… he did not hear his partners screaming. It tells a little bit about the atmosphere in Nizhny Novgorod.

What else made this atmosphere? This beautiful girl’s dances. Seems like she really wanted to play in the final game, so there she is.

Two other teams also wanted to play in the most decisive game of the season. Strasbourg started way too fast for Burgos, but Spanish team never gave up. Behind them (literally, right behind the team’s bench) there were around 20 people rooting. I can go film these guys every day, I swear.

They make you keep pushing even if you are -12 and nothing goes right, and if you succeed in the end, you always know whose ”fault” this is.

Burgos is fighting like crazy, and I know the reason for it #basketballcl pic.twitter.com/PzWI2ha3TZ

Burgos did succeed and is going to play with Karsiyaka for a European crown. Follow my daily blog on Eurohoops for the best jokes (crossed out) the latest updates on how the BCL Final Eight is going on.

See you on Sunday!