While with the recently changed format, the Basketball Champions League has officially gotten past the first half of the regular season, the campaign is still in the early stages and there’s much more to go until the final clashes.

That said, there’s been enough time for some teams to stand out and a solid number of players to make an individual statement. Six of them, however, have made a special case in Eurohoops’ eyes and if the MVP was to get picked at this very moment, these players would get the main consideration.

Without further ado, the early MVP candidates, in no particular order. 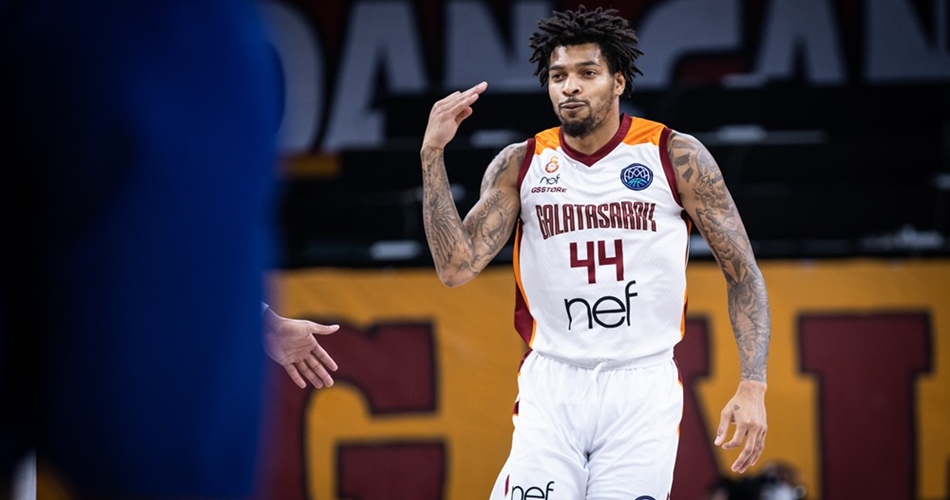 No particular order, but the list started with the best without a doubt. Akoon-Purcell has been dominating the Basketball Champions League in his second season and his Galatasaray NEF squad is topping Group E at the moment with a 3-1 record.

Akoon-Purcell has been averaging league-best 22.3 points on quite high percentages from the field (69 from two, 48 from three) while also adding 4.8 rebounds and two assists per game to his stats.

He’s also leading the competition in efficiency with a 24.5 index rating on average. His best display came against Igokea when he scored 31 points on 11-15 shooting including 4-5 from deep while adding five boards, four assists, two steals for a total of 35 PIR. 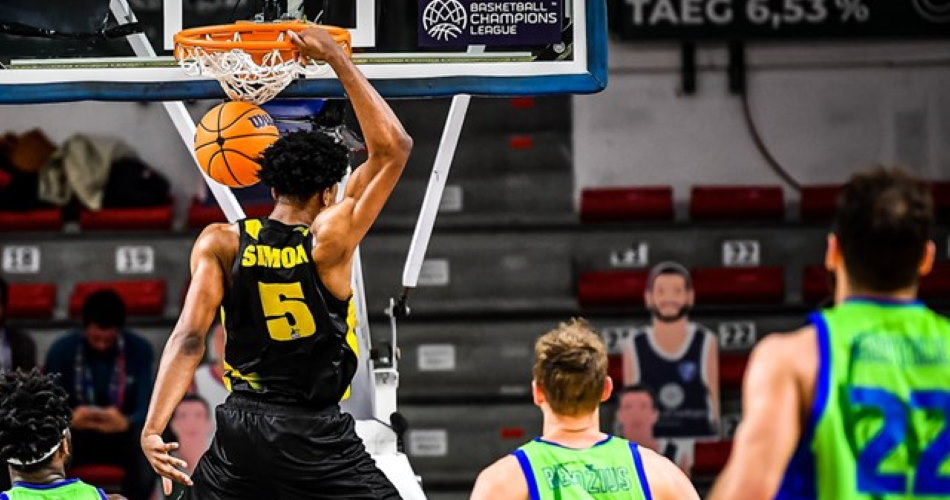 Justin Simon is a beast. The 25-year-old athletic guard has been one of the main reasons MHP Riesen Ludwigsburg is topping Group A with a 3-1 record and going toe-to-toe with a BCL powerhouse such as Lenovo Tenerife.

The Germans might not be getting as much attention as they deserve but they’re far from underdogs, especially when Simon is turning heads with his performances.

The American came from G League and has been boasting second-best PIR (21.8) in the competition, averaging 17 points, 8.3 rebounds, 2.3 assists, being near a double-double (or getting one) almost every game. 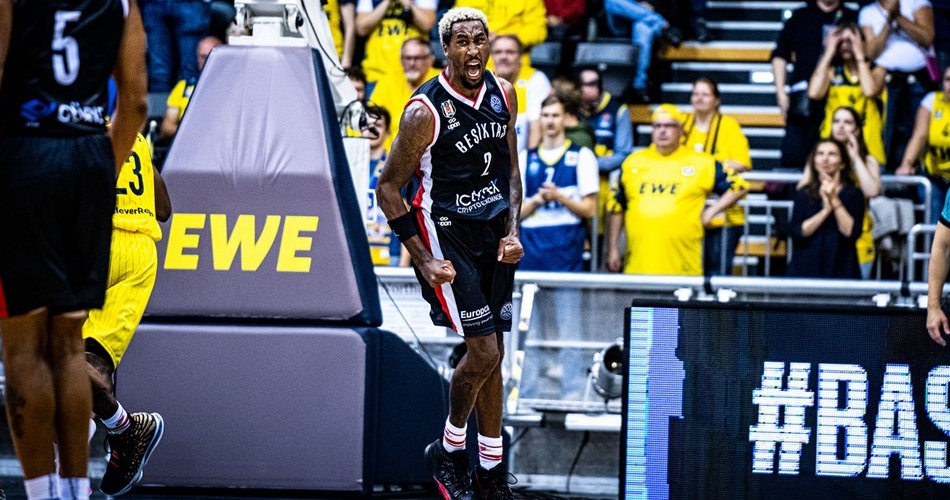 There are a few names on this list with NBA experience and Hollis-Jefferson is one of them. He moved to Europe after six years in the NBA and he has acclimated quickly with Besiktas which is currently holding a 2-2 record in a tough group H which features the reigning champs.

He’s been averaging 20 PIR (third-best in the league) and it comes from his all-around display of 16.3 points, 5.8 rebounds, and 2.3 assists per game. And his form seems to be going up, as his best game scoring-wise in BCL was the last one before the two-week break with 26 points on 70% from two. 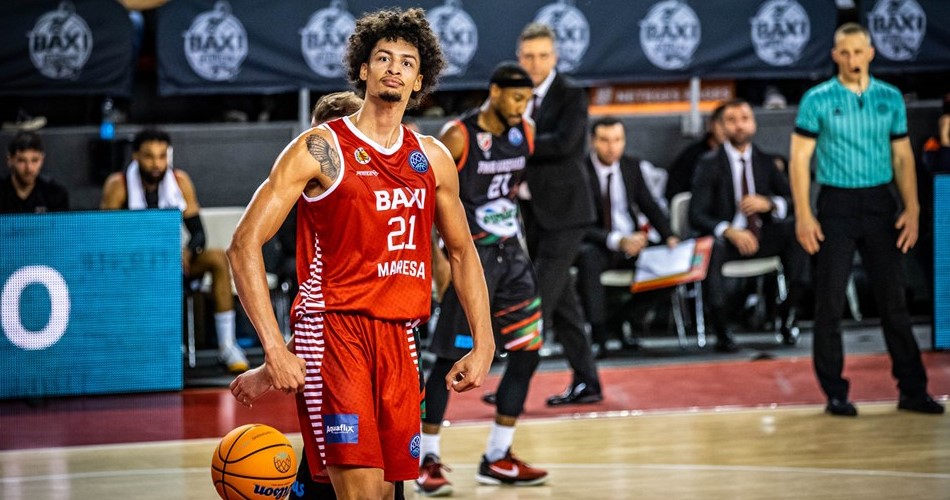 There’s always a case in every league of a squad that just thrives on teamwork and while there are exemplary individuals on the roster, they don’t stand out as much but the club makes great results. That’s what BAXI Manresa has been doing in the BCL so far.

All four Spanish teams have been strong this year, and all are at the top of their respective groups, but Manresa is the only team in the competition that has yet to experience a defeat, going strong with 4-0 in Group B.

Ismael Bako has been one of the reasons for it. Whether he’s starting the game or coming off the bench, Bako has been doing it all and pushing Manresa to new heights.

His stats aren’t earth-shattering but 11.8 points and 6.3 rebounds on the best team and finishing the first part of the season with a 20-point, 11-rebound double-double on perfect shooting and all of it off the bench – deserves a mention at the very least. 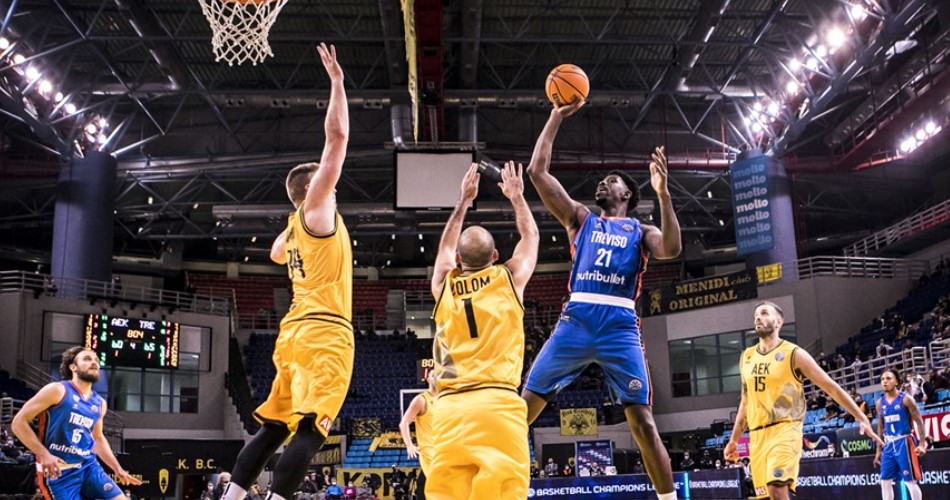 The City of Treviso has had a rough up-and-down history when it comes to basketball but the Nutribullet team has entered the BCL stage and shot down some traditional names in Group D.

Henry Sims led the way without a question and while he slowed down in the last two games, his 31-point, 11-rebound double-double in win over AEK was perhaps the sole reason Treviso’s been holding on strong for so long. 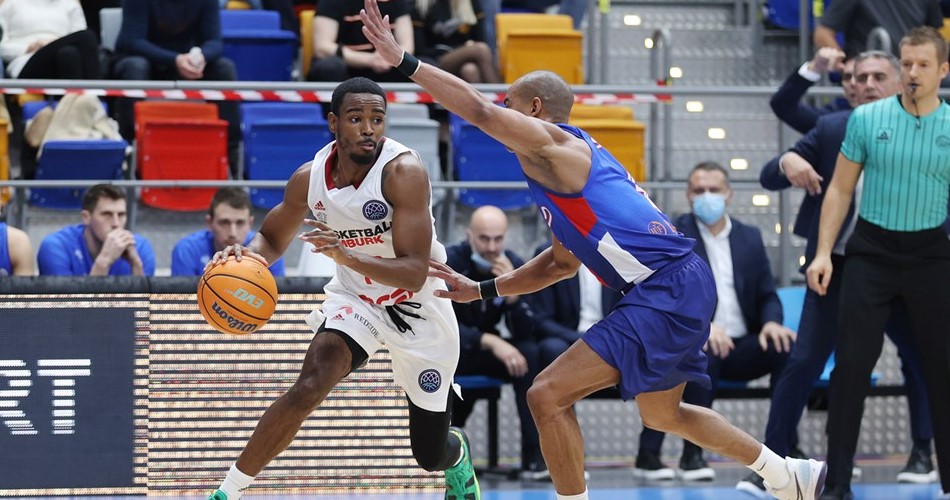 Another deadly scorer enters and will finish the list. Jerrick Harding has been tied at the top with Akoon-Purcell when it comes to points scored and he’s also averaging 22.3 per game. He’s also adding 4.5 boards and 2.3 assists

What has set him apart though, was the few occasions that he stepped up in crunch time, including the game-winner to sink PAOK in Gameday 2. He’s been carrying Nymburk and that’s no exaggeration. He scored three times 20+ points and hast exploded for 29 against Igokea.