The Basketball Champions League presented the numbers on its digital growth during the competition’s third season.

Fans follow the Basketball Champions League and prove as much through their digital media presence. BCL growth in the department is eye-catching and demonstrates its progress through various infographics, shares Kevin Punter’s, Paris Lee’s, Tamir Blatt’s and James Feldeine’s takes as well.

There is much to savor from the 2018-19 Basketball Champions League, as the competition gave the fans plenty of inspirational moments to discuss. In all, the third season registered a 33% increase of fans, 50 million video views and reached more than 185 million fans through social media over the course of this season. 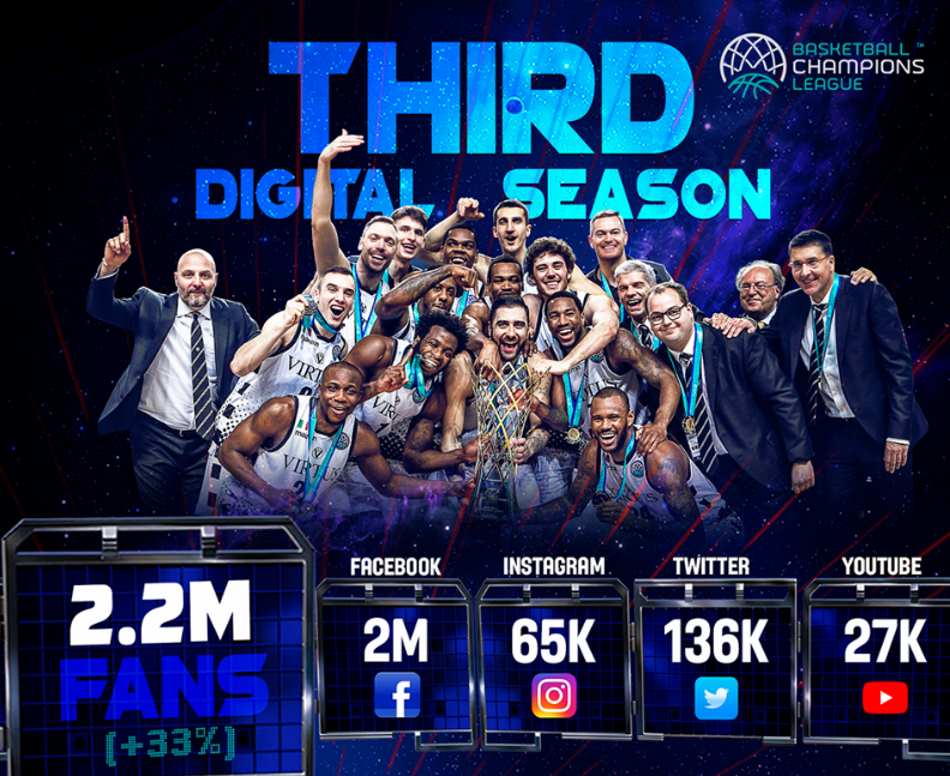 The Final Four in Antwerp itself has generated a ton of excitement, triggering a 27% increase in video views compared to last season’s Final Four in Athens, and reaching 26’800’000 fans.

“The Basketball Champions League is one of the best up-and-coming competitions, and does an amazing job promoting content for players and teams. I played two seasons in the Champions League and it feels like I’ve been playing in it forever. The exposure is amazing and is only going to get better” Kevin Punter of Segafredo Virtus Bologna and 2019 Final Four MVP noted. 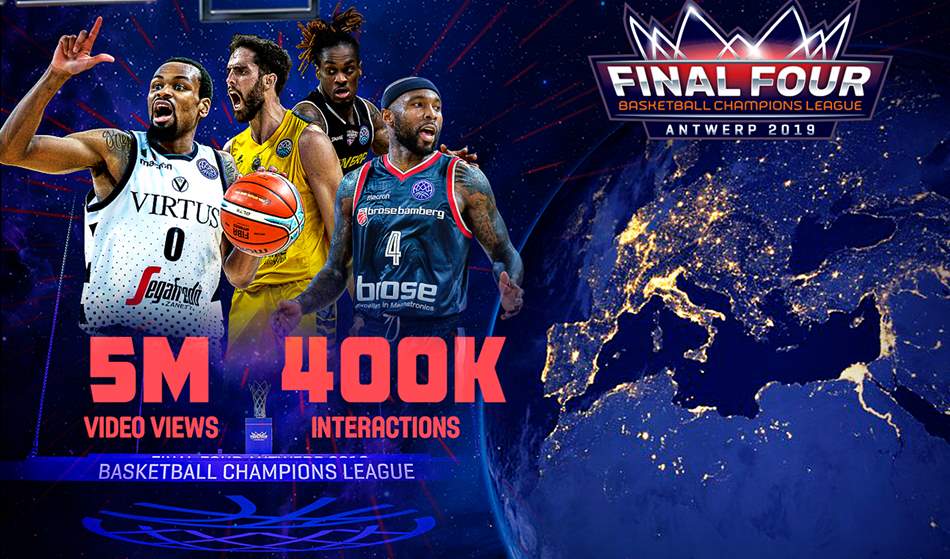 “We are extremely pleased to see the competition confirming its massive success on social media. At the end of the season, there are more than 2’000’000 followers of the Basketball Champions League on its various platforms. The digital output of the first three seasons is impressive, and we are proud of such an achievement,” said Patrick Comninos, the CEO of the Basketball Champions League.

“The Basketball Champions League does not exist for its own sake but as part of a broader strategy to grow basketball across Europe. It is based on established sporting principles of inclusion by merit rather than commercial brand value, and is an integral part of the new European basketball ecosystem. We are delighted to see that the first three seasons of the competition were appreciated by the fans, the participating teams and the players.” 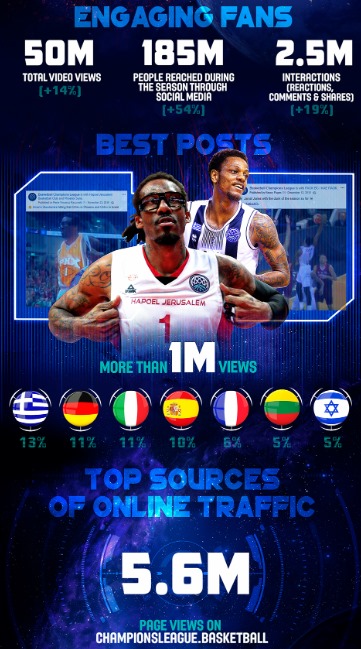 Paris Lee of Telenet Giants Antwerp added: “I think the Basketball Champions League was dope this year. I mean, literally, it was perfect!”

The numbers of fans following the Basketball Champions League Facebook page impressively rose to 2’000’000 thanks to various digital activation. Eventually, www.championsleague.basketball generated more than 2’500’000 visits (9% increase) in the course of the 2018-19 campaign with fans eager to read features and interviews about star players. The Basketball Champions League Instagram platform alone rose by 124% compared to last season.

“The coverage was great all season. I was able to keep up with all the games in our group and in other groups. And it also helped my family back in the States to keep up with the games while they were at work” James Feldeine of Hapoel Bank Yahav Jerusalem mentioned. 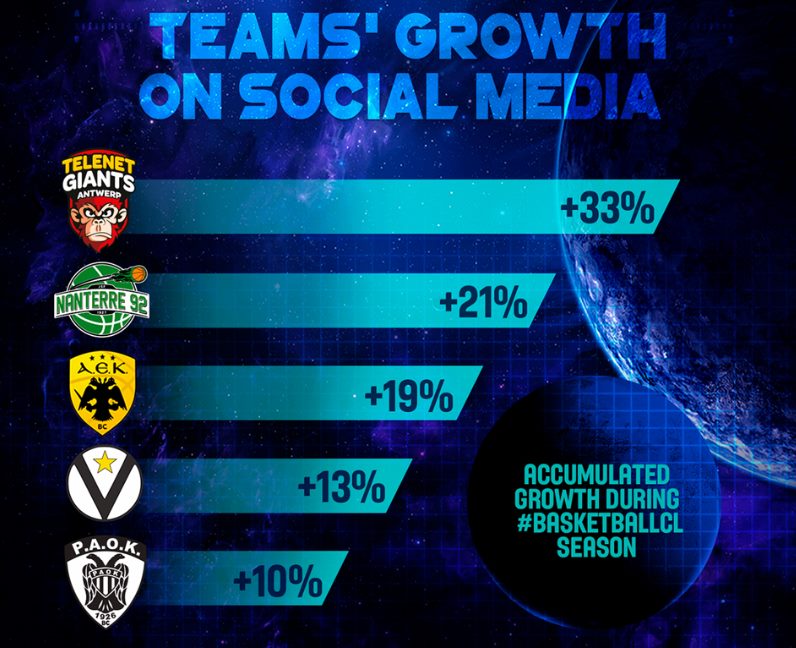 “I think the league is great, with high level coaching and players, it’s a great competition. Digitally speaking, it’s been really cool, fun and exciting the things you guys put on Instagram with all the highlights and pictures! I think you do an amazing job so keep on going!” Tamir Blatt of Hapoel Bank Yahav Jerusalem and 2019 Best Young Player added.

The Basketball Champions League fourth season gets under way on 8 October, when 32 teams will contest the Regular Season. They will play in four groups of 8 teams each with the top four of each group going through to a Round of 16 ahead of the Quarter-Finals which will determine the Final Four.

An initial draw sorting the Qualification Rounds and the Regular Season phase will take place on Thursday 4 July at the House of Basketball in Geneva, Switzerland. The draw will be livestreamed on www.championsleague.basketball.