Kyle Wiltjer talked to Eurohoops about his run in the Basketball Champions League with Turk Telekom this season, his dad being the role model and his European voyage

Turk Telekom has had a solid start to the season with a 3-4 record in Turkey but also an admirable 4-1 record in the Basketball Champions League. And Kyle Wiltjer has been one of the reasons for it.

The Canadian sharp-shooter has a great start in the season, and going to Turkey seems to be the right fit for him.

“Loving the new team. I think we have a very talented team filled with guys who work hard, have high character, and, most importantly, want to win. I’m excited for this year because I feel like I can help my team be competitive in Turkey and BCL. I am going to try and continue to rebound strong, play good defense, and score at a high level. I want to do anything to help my team win,” he told Eurohoops.

Wiltjer was, in fact, the one to push Turk Telekom to their fourth BCL win with a big double-double of 33 points and ten rebounds. That’s his scoring career-high in Europe, and he is proud of it. However, not only because of the points scored: “Definitely one of my strongest games since I’ve been in Europe. For me, I’ve always been a good scorer, but this year, I’m trying to show my improvement as a rebounder. So I was proud that not only did I had 33, but I had ten rebounds as well.”

It was a memorable performance. Still, another game he will always remember is the one from back in February when Wiltjer banked a game-winning buzzer-beater for Unicaja vs. Manresa in the Spanish Liga Endesa: “One of my favorite games was when I hit the buzzer-beater against Manresa last year with Malaga. Nothing better than having a game-winner and your whole team run at you.” 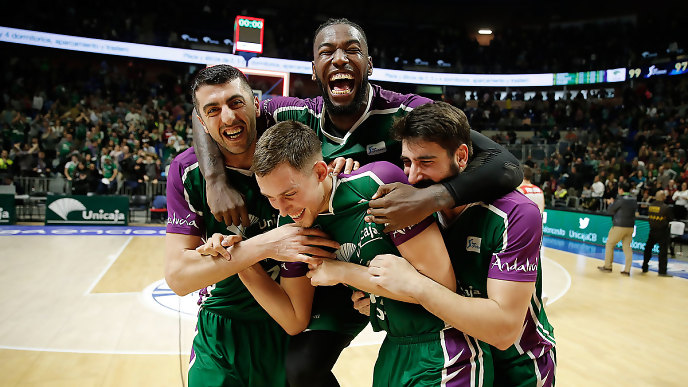 Kyle’s primary role model was, without a doubt, his father, Greg Wiltjer, who also played in Europe throughout his career and for a long time. Kyle also wishes he gets an opportunity to play for some of his dad’s old teams in the future: “My dad was a huge role model for me because he played in Europe for 13 years. He has played in some amazing locations like Aris in Greece, Madrid, and Barcelona in Spain. I would love to play for one of his old teams someday; I think it would make for a great story. He just told me to enjoy every year because the playing career goes by quicker than you would think and to enjoy seeing the entire world.”

Maybe he didn’t play for the same teams, but Kyle has been in the countries where his father played, and he has liked Europe so far, with Turkey being his favorite. Of course his first two stops, Greece and Spain, remain unique for him and his wife: “Turkey has been my favorite so far. It’s been the biggest surprise because I had never been here before. Ankara is an amazing city, and I’ve enjoyed it thus far. The one thing I’ve missed is the super warm weather of Athens and Malaga though. I’ve been fortunate to play in three amazing cities. My wife and I loved Greece so much we got married last summer on a Greek island, and then we bought a vacation rental in Spain. So it’s safe to say we’ve loved every city so far.”

After graduating from Gonzaga, Wiltjer joined the Houston Rockets for a season playing 14 games in the NBA and 22 for the Rio Grande Valley Vipers. He then moved on to Europe where he played for Olympiacos and Unicaja before joining Turk Telekom, and he is one of the players that has experienced three Euro competitions in BCL, EuroLeague, and EuroCup:

“I think European basketball is so strong. Not only is it amazing competition in each league, but the fans are so passionate. Every game means so much to everyone over here; it makes the games so much fun. Having played in all three levels of European competition, I think all levels are awesome and similar. Each game is tough and means a lot with standings.”