FIBA 3X3 player Marco Lehmann: “I decided I would not wait till I retire to announce that I’m gay”

Through the Players’ Voice set up by FIBA, Marco Lehmann went through several challenging moments of his career

FIBA hosted Marco Lehmann on Players’ Voice shared Friday. The 27-year-old 3X3 player announced that he is gay and also shared several troubling issues he has noticed during his basketball career.

Per FIBA: “This is for all the people who do not want to live a double life anymore, those who live in a system where they don’t even exist. This is for the future generations so they can live a free sporting life without hiding. Not gonna lie, this is also for me so I can live free of this burden.

How did I imagine my coming-out would be? Let me explain: the game is tied. I take the last shot at the buzzer. Swish. Game-winner. I’m the champ, heck I even win MVP. Everyone is celebrating. I kiss my boyfriend in front of everyone. Boom, it’s out. I wake up and all is well.

Unfortunately, none of that has really happened so far. Don’t get me wrong: I did hit a few game-winners! But until today, I had not come out yet. My family, my friends, my 3×3 teammates have known about it for a while, but that’s it. 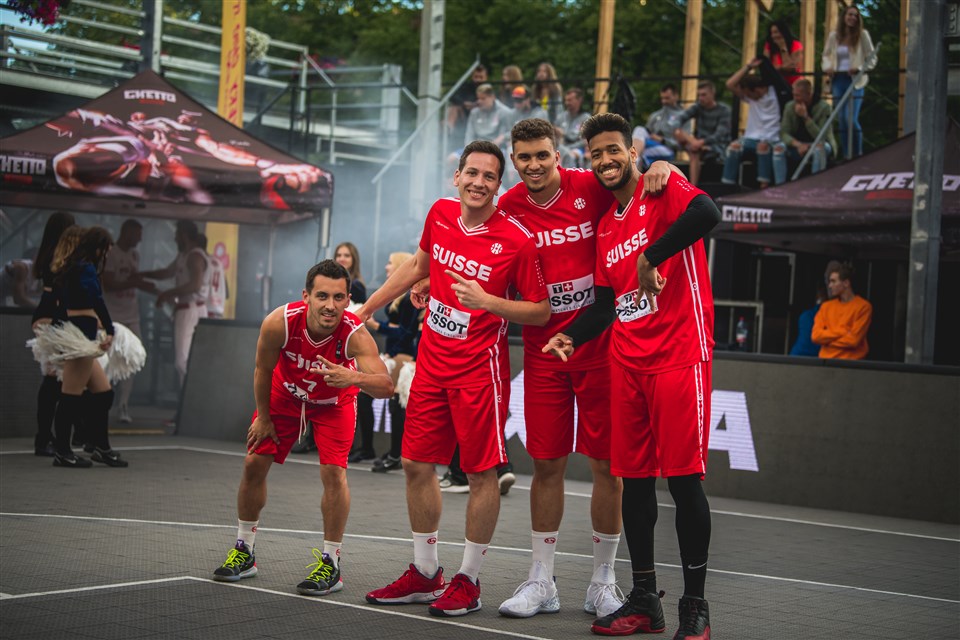 I probably could have kept it a secret until the twilight of my professional career. But I decided otherwise.

Mental toughness is one of the most important attributes for an athlete. And I always considered this was one of my best qualities. But exactly this is what collapsed like a house of cards at the end of 2019 for me.

At that time, I had been playing basketball professionally for nine years. It was my third season combining basketball in the winter and playing 3×3 with the Swiss national team and Team Lausanne on the World Tour. For three years, I played hoops 47 weekends each year. We travelled the world, played in 20 countries. Sydney, Los Angeles, Montreal, Tokyo, you name it. By the sea, in historic city centers, sometimes in big shopping malls. For some time, I even cracked the Top 15 in the world rankings. I was definitely living the dream.

And yet I wasn’t happy.

I had been switching personalities for so long now, that it was affecting my mental health. Every week the same old thing: my boyfriend would drive me to the airport and the minute I would go through security, the happy gay man in a relationship turned into the emotionless pro athlete, who didn’t want to talk about his personal life.

In December 2019, I hit rock bottom. I started to have emotional outbursts, tears, cold sweat running down my back. And for what? Just thinking about the next practice. Are we talking about practice? I just couldn’t stand the thought of having to switch from my home personality to my competitive one once more.

I called in sick and isolated myself. Hoping the panic attacks would just stop. But they didn’t. The travel ban and competition break due to the pandemic helped me hide my mental problems from the basketball world. I always thought I would get through my entire career, repeating “I don’t have a girlfriend ‘cause I want to focus on basketball”. But I couldn’t anymore.

It’s like in team sports, there are no gay men. Being gay in that setting is a taboo. People don’t talk about it and don’t stand behind it and this has to stop NOW. Because quite frankly this is why a lot of young guys quit playing team sports when they discover they’re gay. You’ll understand after I share these 2 stories with you.

Half-time speech from the basketball coach:

“What are you doing out there? Don’t play weak! You are playing like gays, like pu**ies! You have to go harder second half! Show them you are tough!”

I would have loved to open my mouth. Saying that the gay guy on the team was the only one who had had a good game and was playing hard. But I couldn’t. The hardest part about it was that the whole team was hyped after this speech. Seriously guys? Why is being gay associated with weakness?

Bus convo after a road game

Somehow gay men were the topic of discussion for my basketball team (not 3×3) on the bus. I was almost asleep, I had my eyes closed but listened to the conversation:

“For me homosexuality is a sickness. They should kill themselves. Imagine you have to play with somebody like this on your team?!?“

What would you do in this situation? Call the guy out and tell him how it is to play with a player like him? I was in shock. When I got home I couldn’t even sleep. At four o’clock in the morning I was sure I’m done. I wouldn’t play anymore. But it was the shortest retirement ever. Because I love this game so much I would definitely hide who I really am for it. And would I pass the ball to a person who openly thinks I should kill myself?

Only if it’s the last option to win a game.

Three days later I was back at practice. 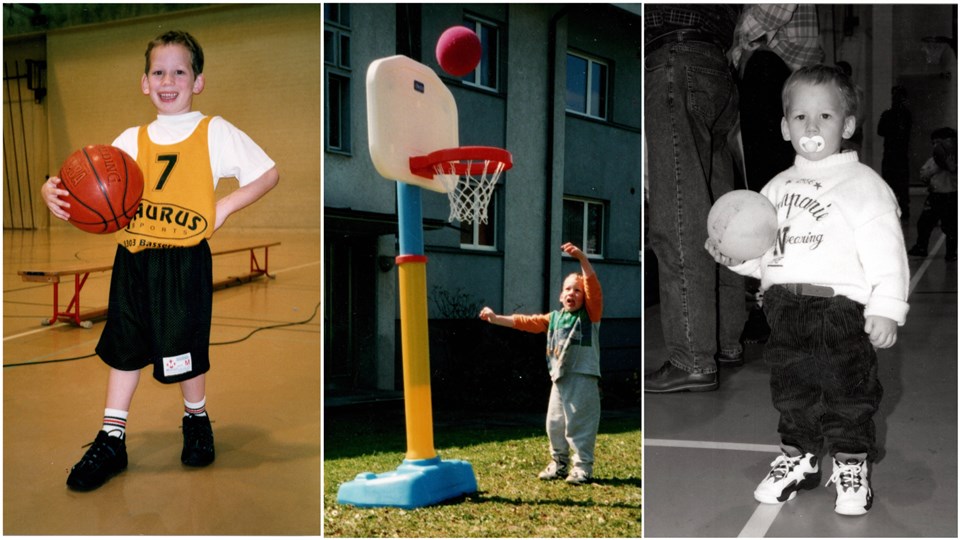 After living through such moments, you’re back to square one. You don’t want to come out anymore. So the whole process starts over again. One day I felt confident of coming out to my teammates. I wanted to explain everything and answer all their questions. Because in the end, we just had to get along on the court. Private life is something else. But that was the day I realized something. It’s not the teammates who decide your future career. It’s the coaches, managers and teams that offer you contracts. So, there’s always the fear of not getting a new contract because of your sexual orientation. That was the point that kept me from coming out until this day. 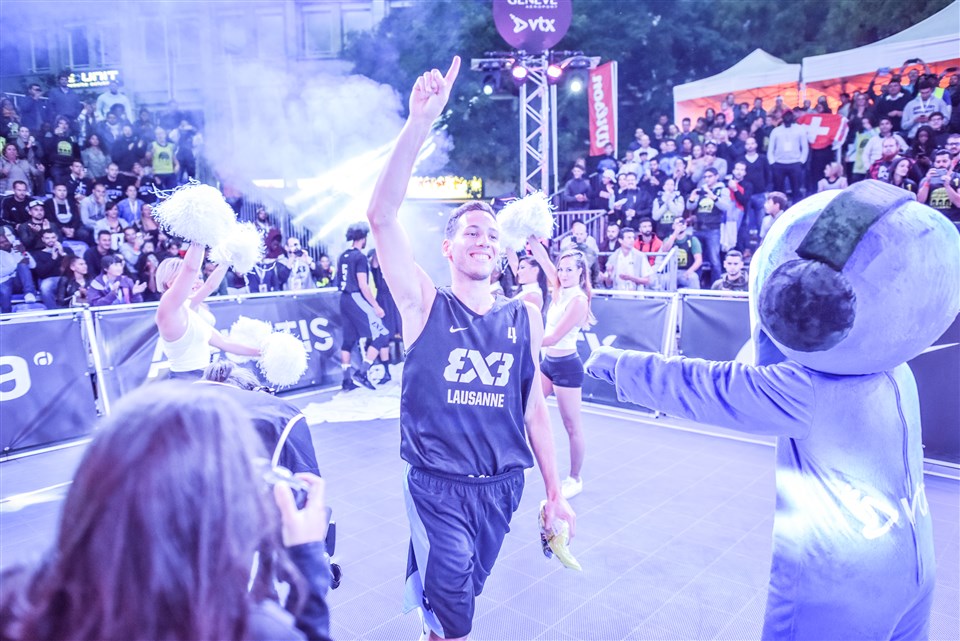 There would have been some really good opportunities for me to come out. At the end of the 2016-2017 season, I was crowned “top scorer” of the Swiss basketball league among all Swiss players. I was invited to a gala. Everybody was there, including the Sports Minister. I had just fallen in love with my boyfriend and everything was going so well. Just until the moment I was asked who would be my “+1” at the ceremony.

And there I was walking on the red carpet hand in hand with my boyfriend. Cover story on all Swiss newspapers the day after: “Swiss Top Scorer is gay!”

Of course, I ended up going alone.

All these situations. All the sleepless nights. All the moments of fear and self-doubt have led to this. The time has come for me to enjoy the rest of my career without having to live a double life or hide my true self. And hopefully help other gay athletes in Switzerland and worldwide. It changes nothing if after a big win, a player hugs his girlfriend or his boyfriend.

And as of today, I will be.

I am Marco Lehmann, 3×3 Basketball player and gay.

Now if you’ll excuse me, I’m trying to win a World Tour and bring Switzerland to the 2024 Olympics.”