Per the press release: “2021 once again brought us incredible 3×3 action. From Doha to Jeddah, this season was another for the record books, with new stars emerging and old favorites back at the top of their games. Here are the top four players of the season based on player value, from the World Tour 2021 season.

After competing in just one World Tour event per year in 2018, 2019, and 2020, Nick Celis broke out in 2021 following an impressive campaign with Belgium during the Tokyo 2020 Olympic Games.

He was insanely efficient this year. He finished second in made 1-point shots (105), second in key assists (41), and third in highlights per game (3.5). While you won’t be seeing him dunking on his opponents and knocking down long-distance bombs, the man gets the job done with an IQ bigger than Elon Musk. 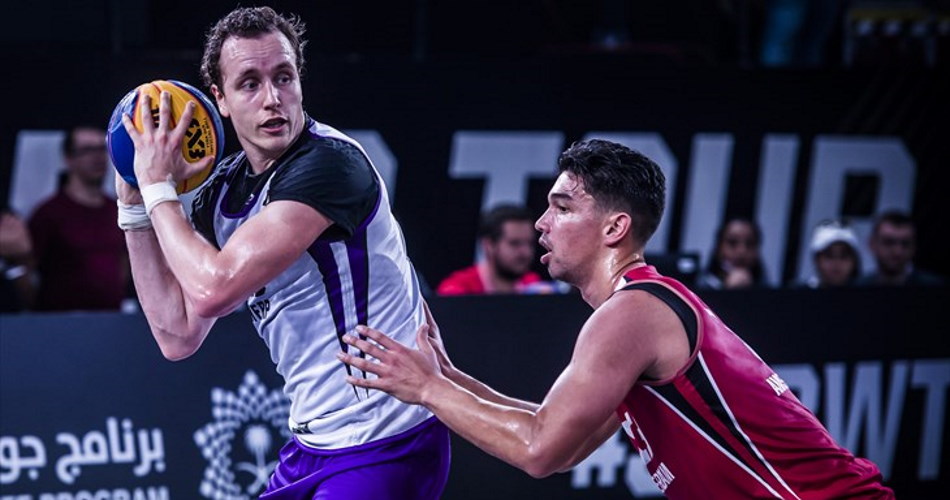 The World Tour 2021 regular season MVP was once again one of the most feared offensive players all season long.

After knocking down the game-winning, gold medal shot at the Tokyo 2020 Olympics, he followed it up with another stellar season on the World Tour. He won back-to-back MVP titles in Abu Dhabi and Mexico and led all players in total P-VAL for the season (177.3).

The number 2 ranked player in the World was also the top scorer (202 points) and shooter (127.2 S-VAL), and came through in the clutch, hitting 3 Tissot Buzzer Beaters along the way.

In a year where American teams did not perform as well as past World Tour seasons, Kareem Maddox continued to stand out as a top performer. The big man was once again dominant around the rim.

He led the World Tour in rebounds per game (6.5) and shot 71% percent from 1-point range, dunking on his defenders and rocking the rim. He was Princeton’s leading scorer, putting up 6.1 points per game, playing in every one of their World Tour games. He’s 3×3 through and through and remains one of the best players in the format.

Vervoot is a walking bucket, but what makes him even more special is how he does it on both ends. The number one Belgian player in the world and number 6 ranked player had 3.8 highlights per game, best on tour, in addition to 11 blocked shots, second best.

He joins teammate Nick Celis on this list and provided the outside shooting to his inside dominance. We got so used to his creative shot-making and insane highlights that it’s easy to forget this was his first full year on the World Tour. We’re hoping this is just the beginning for the man they call ‘Must see TV’.

*10 Games or more to qualify