Djordjevic aims for “sports greatness” with Serbia at China

“This jersey does not tolerate mistakes” Sasha Djordjevic pointed out talking about the Serbian National Team.

Sasha Djordjevic discussed the upcoming 2019 World Cup in an interview FIBA relayed. The Serbia National Team boss mentioned his side is out to achieve “sports greatness” at China this summer. The group stage opponents are Angola, Italy and Philippines, but the 51-year-old Serbian has already set his sights on the podium.

“We respect every opponent, but we want to win every game. The draw doesn’t change our plan, or our goal. The goal is always the same, to win a medal. Serbia is always going for a medal, and I’m not saying we will always get to the podium, but it has to be a goal” the 1998 World Cup champion as a player said.

Summing up Serbia’s initial opponents: “Italy is a team with a tradition, with a desire to prove their strength. Angola is a strong athletic team, hungry for success on the international scene. They have been dominant in Africa for some years now. And the Philippines is a country with the biggest passion for basketball, full of surprises and with some NBA players.” 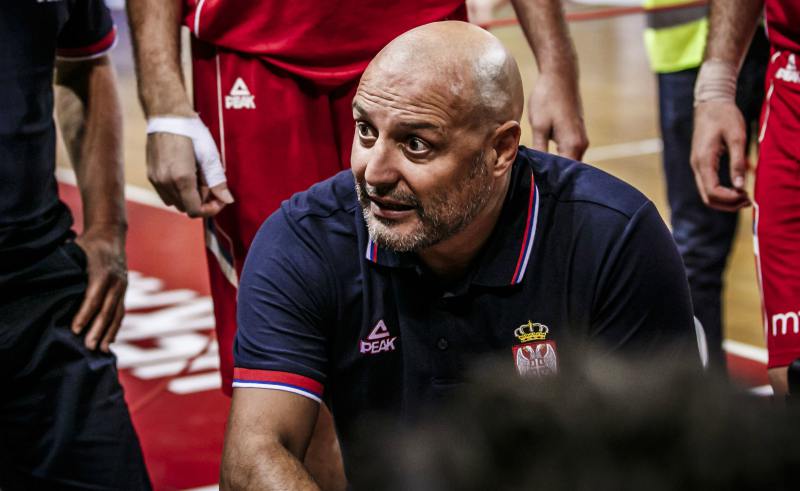 On choosing the players for his squad: “As a head coach, I have an obligation to put on the list our best players that are in the best shape, but also that deserve to be invited on a preliminary list because of their behavior. After that, the list gets smaller and players decide if they want to participate in a competition we are preparing for. I said this a long time ago: injury is the only reason that I accept.”

Djordjevic spoke on the value of Serbia’s jersey as well. “Priceless! This jersey does not tolerate mistakes. Our responsibility is 10 times bigger than others. Those who accept the national team jersey directly accept unwritten laws, sport ethics and culture that, in my opinion, guide and lead to success” he warned.

Wrapping up he mentioned: “Not just a medal, the title, first place, but to achieve sports greatness that is widely recognized by your colleagues and especially your rivals. That is clear to everyone since the first day of the Serbian national team. That is my mission, my path, my guidance with huge, immeasurable help from my associates.”