The president of the International Olympic Committee, Thomas Bach, and the rest of the IOC delegation made the trip to Beijing for Sunday’s 2019 FIBA World Cup final. They saw the contest between Spain and Argentina, supported the “Little Champions” program and participated in the medal ceremony.

Per FIBA: Thomas Bach, President of the International Olympic Committee, graced the FIBA Basketball World Cup 2019 Final between Argentina and Spain at the Beijing Wukesong Arena.

Arriving Sunday afternoon in Beijing, Mr. Bach, along with the rest of the IOC delegation, was welcomed by FIBA Secretary-General Andreas Zagklis.

Together with Lincoln Zhang, President of FIBA partner Wanda Corporation, they discussed a corporate social responsibility initiative called the “Little Champions” program, which aims to focus on FIBA’s thrust of ‘giving kids a chance to play basketball.’

The IOC delegation witnessed the World Cup Final won by Spain over Argentina, and they participated in the medal and trophy ceremony after the title game. 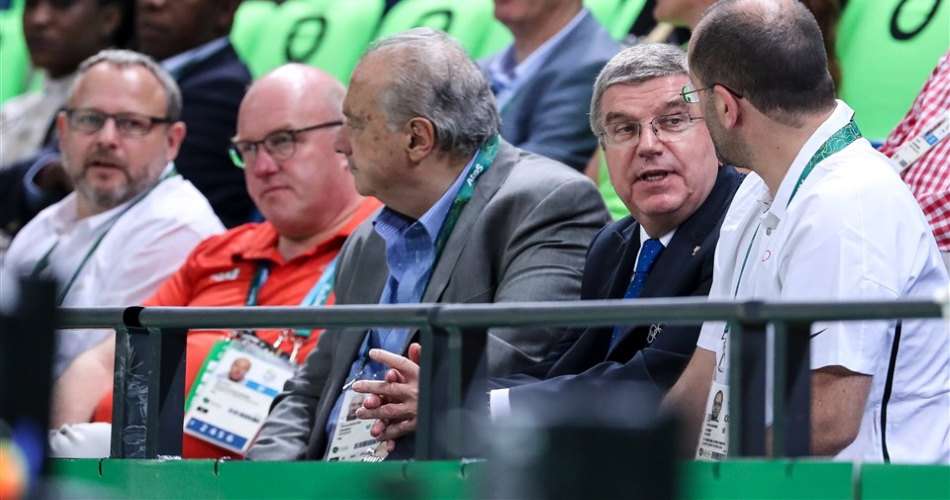 “Congratulations to Spain, worthy world champions, at the end of a great tournament that brought basketball to a new level, in China and around the world, matched by the great atmosphere in the stadium,” said Mr. Bach. “The stadium is a great example of Olympic legacy, hosting basketball during the Olympic Games Beijing 2008 and many competitions since including this World Cup – it will also host ice hockey at the Olympic Winter Games Beijing 2022.”