The World Cup set a bunch of new records

Milestones matched and broken at the 2019 FIBA Basketball World Cup.

With the 2019 FIBA World Cup now part of history, FIBA pointed out that several records were either matched or broken at China. Spain became the oldest team to win gold and Ricky Rubio the all-time assist leader, but the Spaniards did not further dominate the list of achievements which also include silver-holder Argentina, Australia, Tunisia, Serbia, South Korea, the Czech Republic, Germany, USA and Canada.

Per FIBA: A good number of milestones were set at the FIBA Basketball World Cup 2019 in China, and here are some of the major highlights worth remembering. 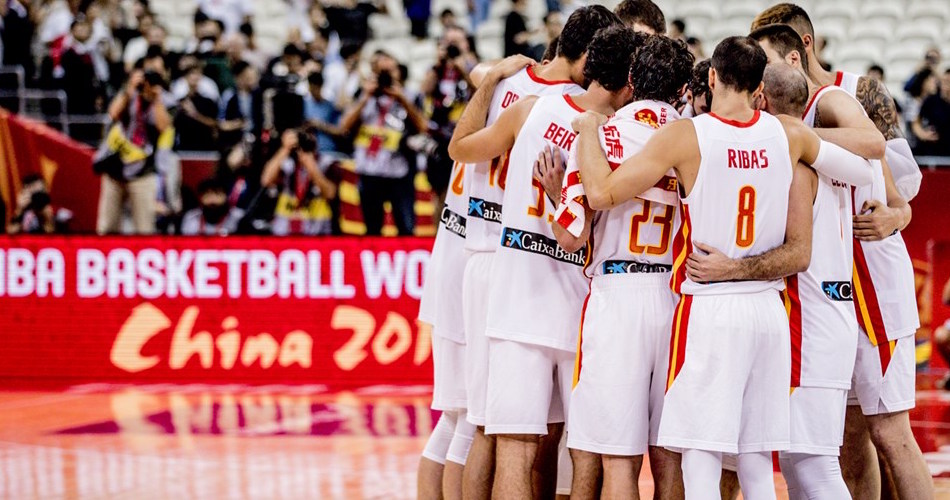 First and foremost are newly-minted World Cup champions Spain. Coach Sergio Scariolo’s team is actually the oldest team to win a FIBA Basketball World Cup Final since 1978. The squad’s average age was 30 years and 3 months, with star center Marc Gasol the oldest at 34 years old (born January 1985). Speaking of Marc, the younger Gasol joined older brother Pau as the only players to have made 40+ blocks in the FIBA Basketball World Cup in the 21st century. Those Gasol genes must contain something special, yes? 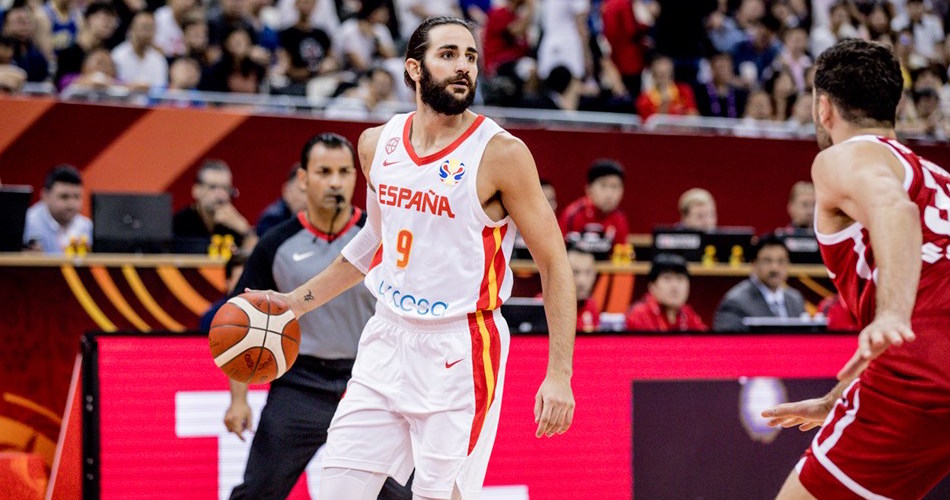 Not to be outdone, Spain’s superstar floor general Ricky Rubio also made waves. He has become the only player combining for 100+ assists and 50+ steals in the FIBA Basketball World Cup since 1994 and during the tournament, he also rose to the very top of the World Cup assists ladder. By tournament’s end, Rubio, the TISSOT Most Valuable Player for this year, totaled 130 assists in the tournament’s history, good enough to pass the previous assists leader, Pablo Prigioni of Argentina. 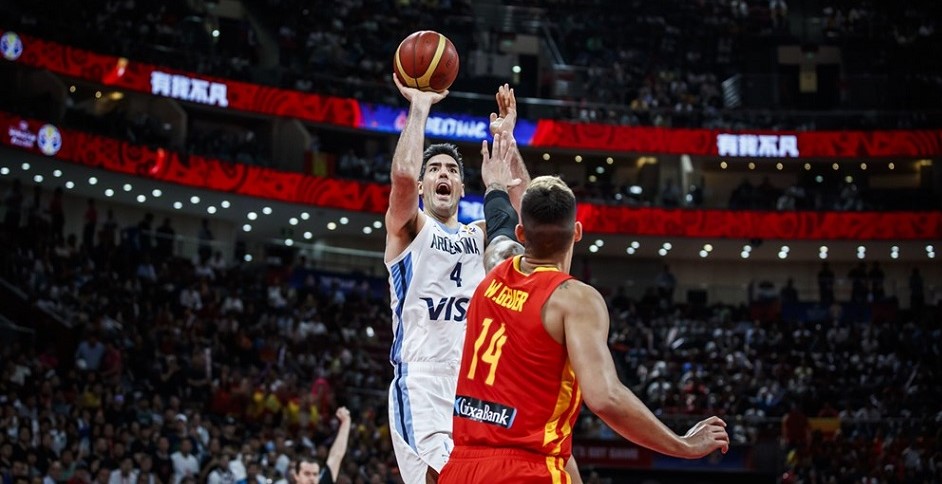 The Argentines, of course, finished second in the World Cup for the second time (the first time was in 2002). They also had their fair share of milestones, headlined by 39-year-old Luis Scola, who now has scored a total of 716 points, becoming only the second player to reach the 700-point milestone in World Cup history after the legendary Brazilian Oscar Schmidt. Scola has also scored a total of 243 points in all of his World Cup knockout games, making him the all-time best point scorer in the knockout stages of the FIBA Basketball World Cup. 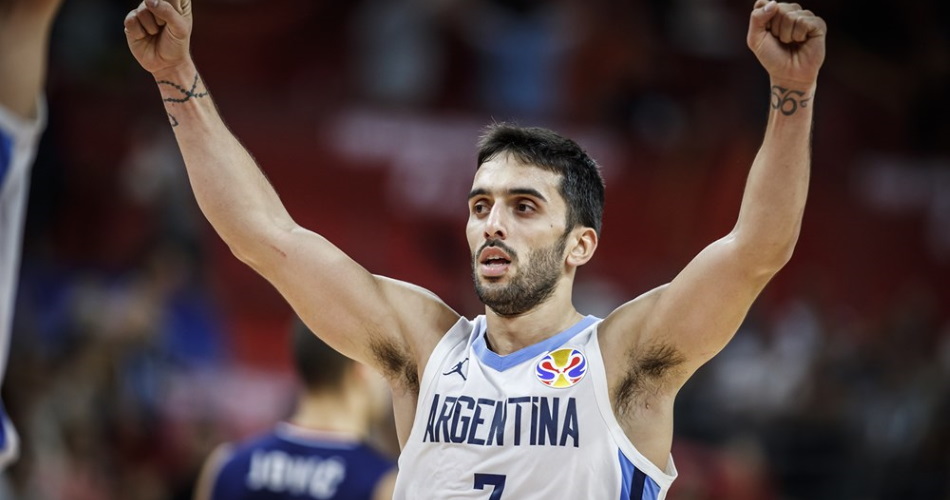 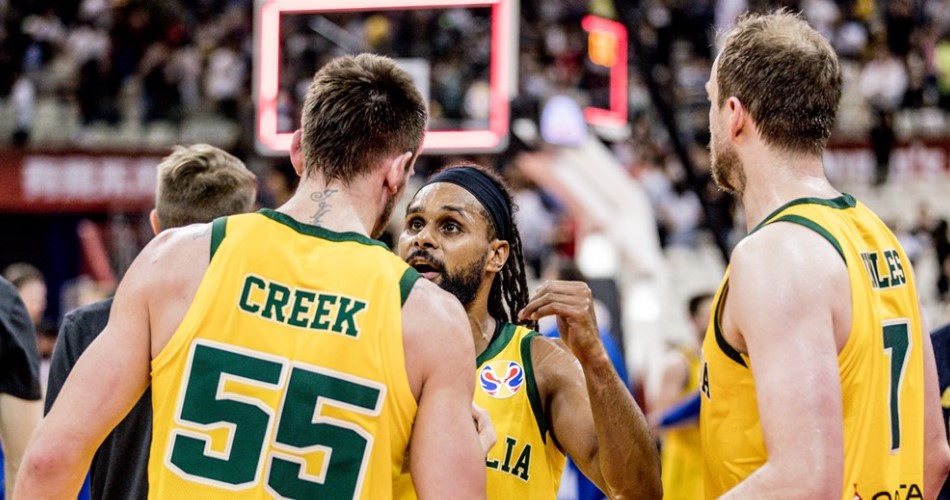 The Boomers, despite losing in their last two matchups, also broke barriers this year by finishing in the top four for the first time – their result in any FIBA Basketball World Cup. Their six wins in this edition is also their highest win total ever.

Australia’s tormentors in the battle for third-place were France, which won their second medal in the FIBA Basketball World Cup, after also finishing at third-place in 2014. In doing so, Les Bleu are the only team to have been on the podium in each of the last two editions of the tournament. One of their star players, Nicolas Batum, also achieved something special by becoming France’s top scorer in FIBA Basketball World Cup history with a total of 257 points scored in the competition. Right behind Batum is Boris Diaw with 241 points and Evan Fournier with 220 points. 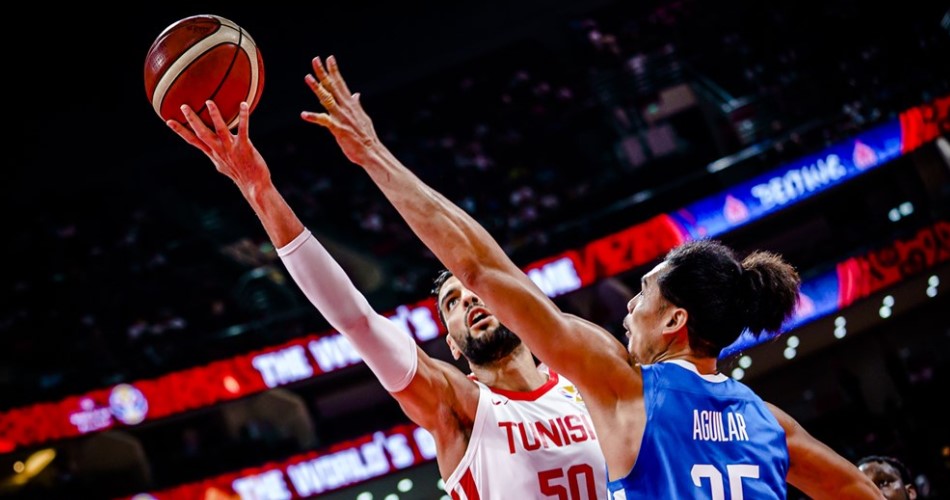 Salah Mejri was in a league of his own when it comes to block at the World Cup in China, averaging 3.2 swats per game for Tunisia. He was particularly impressive in a 86-84 win against Angola in Classification Round 17-32, amassing 8 blocks to match Yao Ming’s World Cup record. He rounded out his stat line with 18 points and 8 rebounds to help his side come out with the victory in overtime. 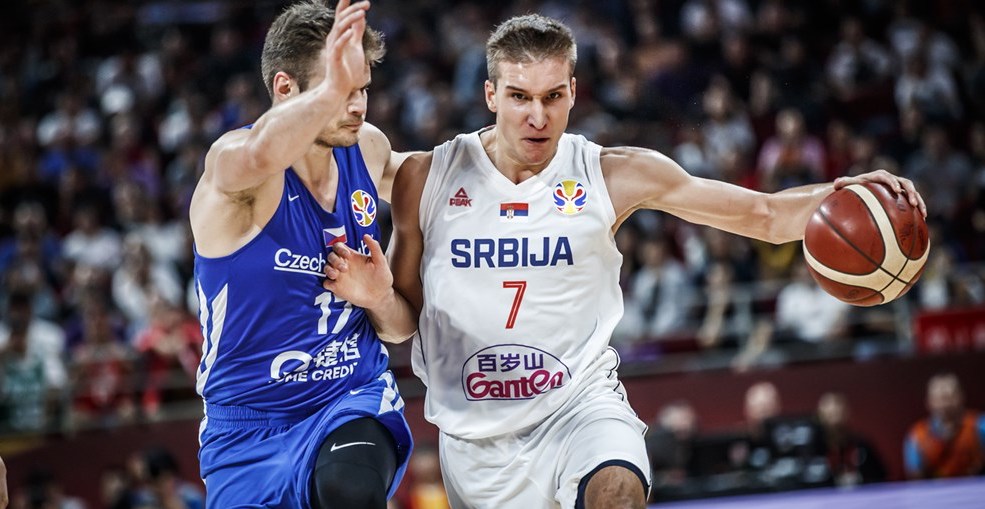 Outside of the World Cup’s top four teams, it was Serbia with the most notable accomplishments, with the explosive Bogdan Bogdanovic providing most of the accolades. The 27-year-old Sacramento Kings player sank a total of 35 three-pointers in China. That ties the highest number of made threes in any World Cup since three-pointers were tracked. Puerto Rico’s Larry Ayuso also made 35 threes in 2002. In addition, Bogdanovic also became Serbia’s top-scorer in World Cup history with a current total of 291 points. 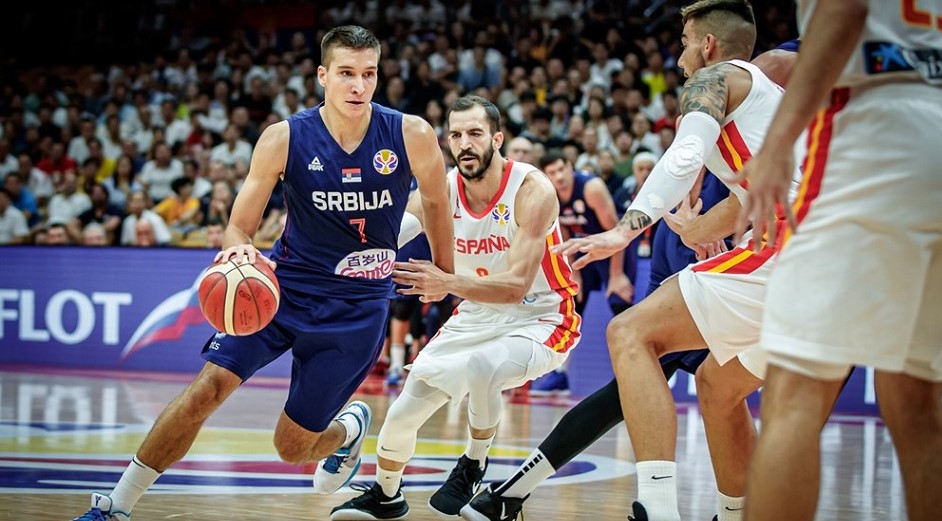 As a team, Serbia were also among the most potent. They made a total of 53.5 percent of their field goals – the highest field goal percentage of any World Cup team since 1994. Not surprisingly, their +19.4 point differential per game was also the greatest at this year’s World Cup.

Serbia have the Philippines to thank for much of that, though, as the Filipinos gave up 126 points to the Serbians in their second game of the World Cup. That’s the highest number any European squad has scored in a single game since Spain scored 130 points against Korea in 1990. In that same game, Serbia head coach Sasha Djordjevic’s side also hit 75% of their field goals, which is the best single-game field goal shooting performance for any World Cup team since 1994.

RA’S DOUBLE-DOUBLE RUN ONE OF A KIND 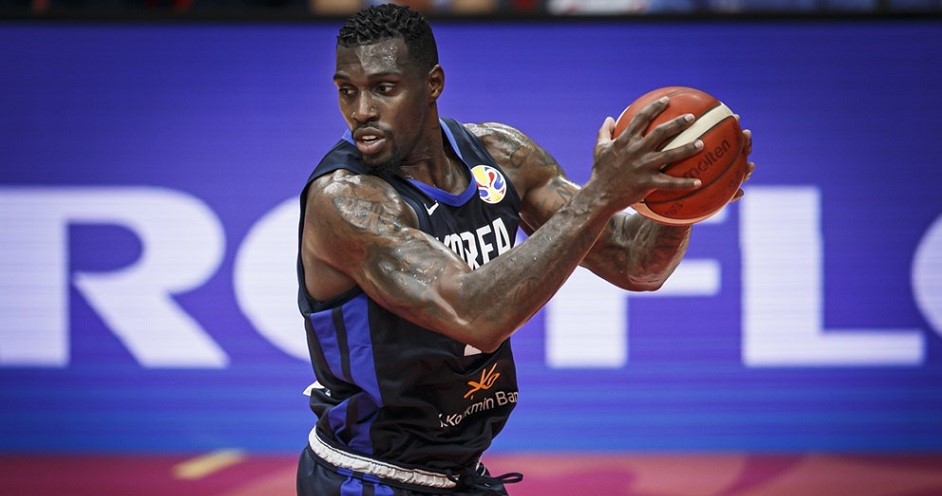 Korea, however, had a saving grace at this year’s World Cup, and this was naturalized player Ra GunA. Ra became the first player to register 15+ points and 10+ rebounds in four consecutive games during a single FIBA Basketball World Cup since 1994. He is also the only player to have registered double-doubles in all his World Cup games this year – that’s five double-doubles!

SATORANSKY AND SCHRODER IN A LEAGUE OF THEIR OWN

Another double-double threat was Czech star Tomas Satoransky, who along with Germany’s Dennis Schroder, joined Puerto Rico’s Carlos Arroyo as the as the only players to have combined for 20+ points and 10+ assists in a single game in the World Cup since 1994. Satoranksy did it against Poland, while Schroder achieved the feat against Senegal. Satoransky, who’s a member of the Chicago Bulls, also dished out a total of 68 assists in this year’s World Cup, which is the most for a player in an edition of the tournament since 1994. 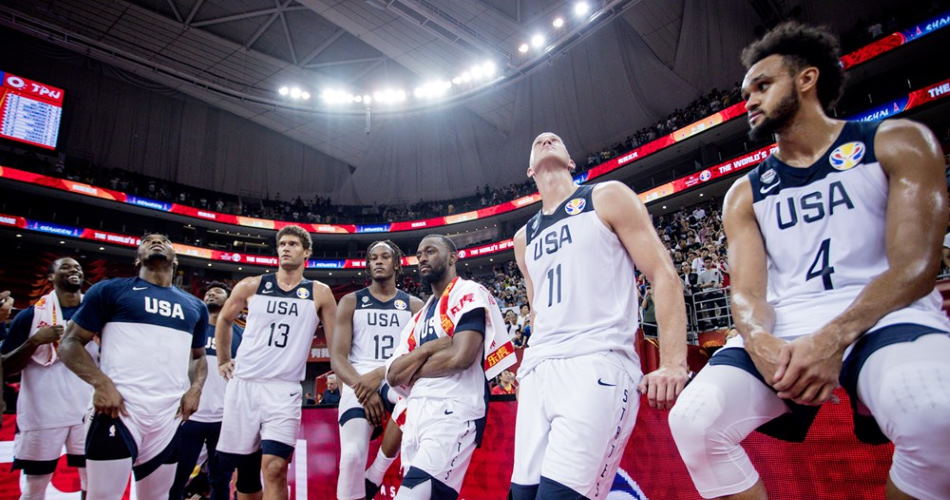 Moving on from assists to rebounds, the Americans of coach Gregg Popovich also had their own milestone. Team USA grabbed an eye-popping 58 rebounds against Japan. That matches the highest single-game rebounding total for any team in the World Cup since Team USA also grabbed 58 rebounds against Greece in 1994.

As good as Team USA were in rebounding, though, their scoring left a lot to be desired. For the first time since 1990, a team other than the Americans topped the scoring charts in the World Cup. That honor belongs to New Zealand, which scored 99.4 points per game in China. The Tall Blacks are the first time from FIBA Asia to finish the World Cup as the top scoring team.

CANADA WERE IN A RECORD-BREAKING MOOD 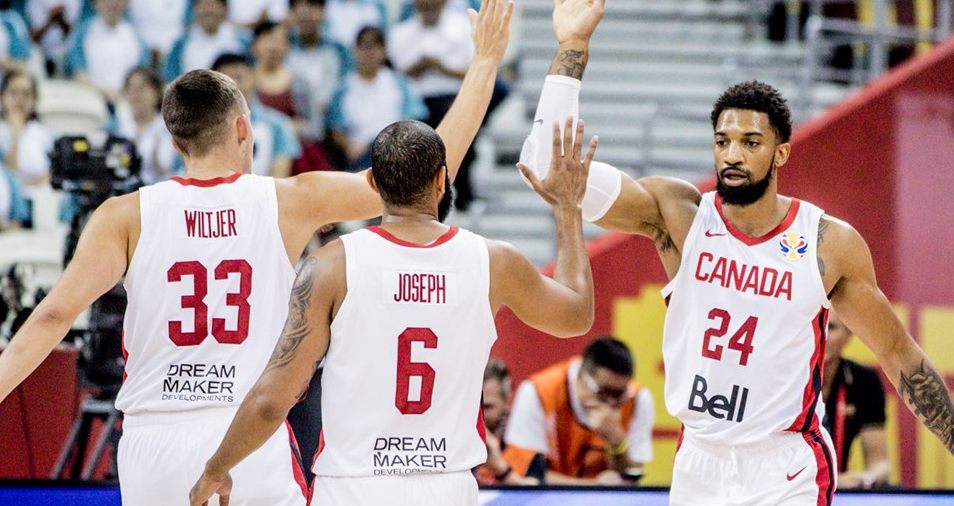 In terms of scoring, Canada also weren’t too bad, but the record they set was particularly for three-point shooting. Coach Nick Nurse’s guys hit 24 threes against Jordan. They became the first team to hit more than 20 triples in a single game, since three-pointers began to be tracked in the boxscores.

It wasn’t the only all-time record they set in China, dishing out 37 assist in the same game against Jordan to tie the best-ever mark set by Serbia earlier in the tournament against the Philippines.

With so many milestones reached in this year’s edition, it’s interesting to think about which ones will get matched or even broken when the next World Cup takes place in the Philippines, Japan and Indonesia in 2023.

Note: Detailed statistics for rebounds, assists, steals, blocks and three-pointers began to to be tallied from the FIBA Basketball World Cup 1994.